With her criminal past exposed and framed for murder, Laurel resumes her villainous persona as Black Siren again and teams up with Shadow Thief for a crime spree; Felicity and Dinah clash about Laurel’s innocence, which results in Felicity bringing Sarah Lance to town to help stop Laurel from crossing a line; Oliver and Diggle go after a lead on Emiko’s mother’s killer.

This truly was a female-driven episode for the series, right down to the Canary symbol behind the Arrow logo. Themes of trust and redemption stood out prominently and all of the ladies of the Arrowverse were on their A-game this week. 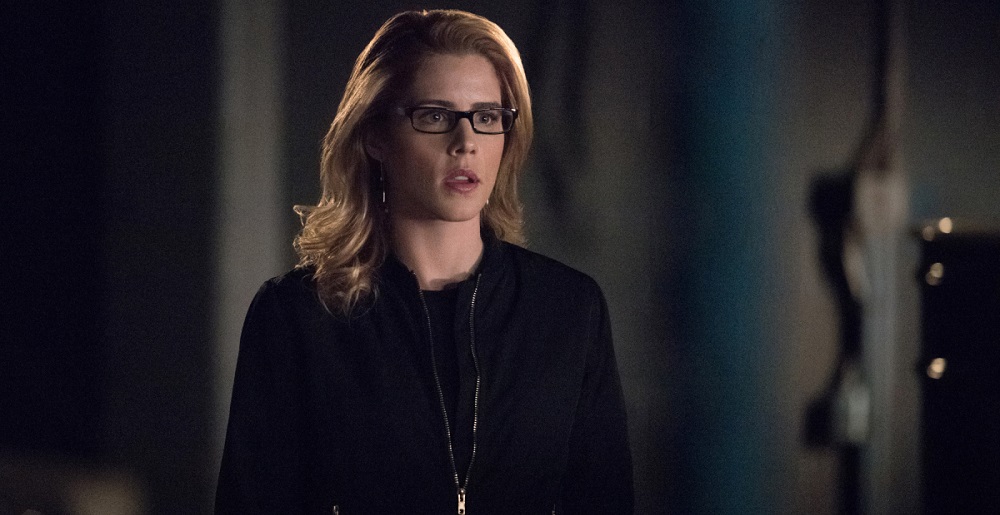 Emily and Katie stood out the most in their roles as Felicity and Laurel, respectively, and Juliana’s Dinah stood her ground in this three-way argument. The strength of this episode and its climax comes from the friendship that the writers had built between Felicity and the former Black Siren. Felicity is the only one besides Sarah – more on her later – that believed that Laurel was only going with the flow of what people perceive of her. Katie’s controlled exasperation through her delivery is keenly felt; her character has had enough of proving herself and is rebelling against even those who were on her side. Going so far as to tell Felicity their friendship was an act read as an act of self-protection. Felicity’s stalwart support of her comes off at times as naïve, but given the moment where Laurel stopped her from crossing the line was pivotal in their formed bond, there is legitimacy in her support. Her faith is rewarded when it comes down to the moment that Laurel reconsiders her stance on the weapon of mass destruction she and Shadow Thief were procuring. The scene with Oliver at the end felt like a real role reversal that was both hilarious and natural. These two have come a long way from when they first met, and it’ll be a shame to see it go. 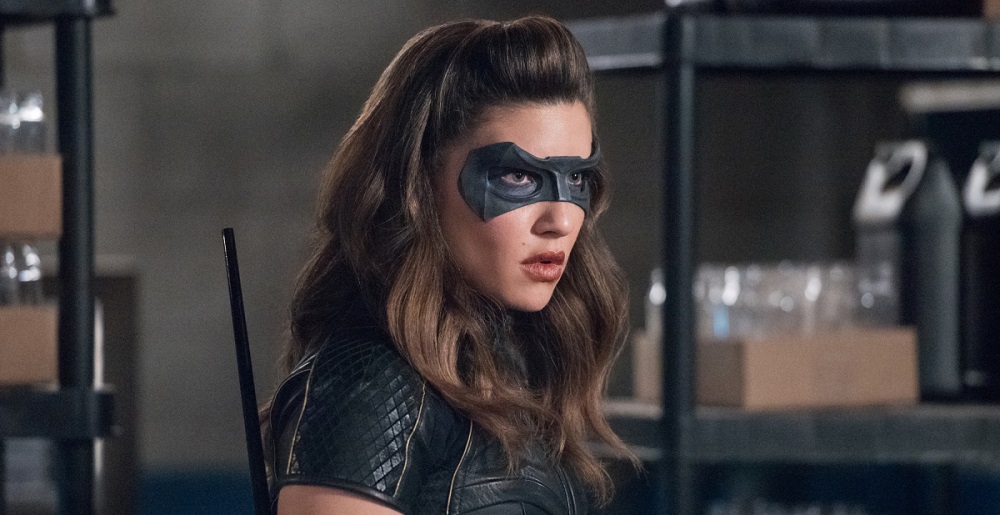 The only true bias in this situation comes from Dinah Drake; in spite of everything Laurel had done as D.A. and the “frenemy” relationship they formed, she always saw her as the woman who killed Vinnie in cold blood. Although she has a point in that Laurel chose to go back to crime instead of turn to someone, Dinah still has never shaken that outrage and it clouds her perception of someone who is lost as she had been before Oliver found her. Out of every member on Team Arrow, Laurel has hurt Dinah the most and that makes her the hardest person to get through to. In many ways, that is what makes her the flipside of Laurel herself; one believes the other can’t change, while the other believes no one will ever believe she can. What makes this three-way so strong this week is because all three have valid reasons to be in the positions they are. All have been tainted by darkness and compromise, which is why they’re able to balance each other out and eventually come together. Juliana does a great job giving a sense of controlled fury aimed at Katie, as well as sincerity when she apologizes for her suspicions in the bunker. 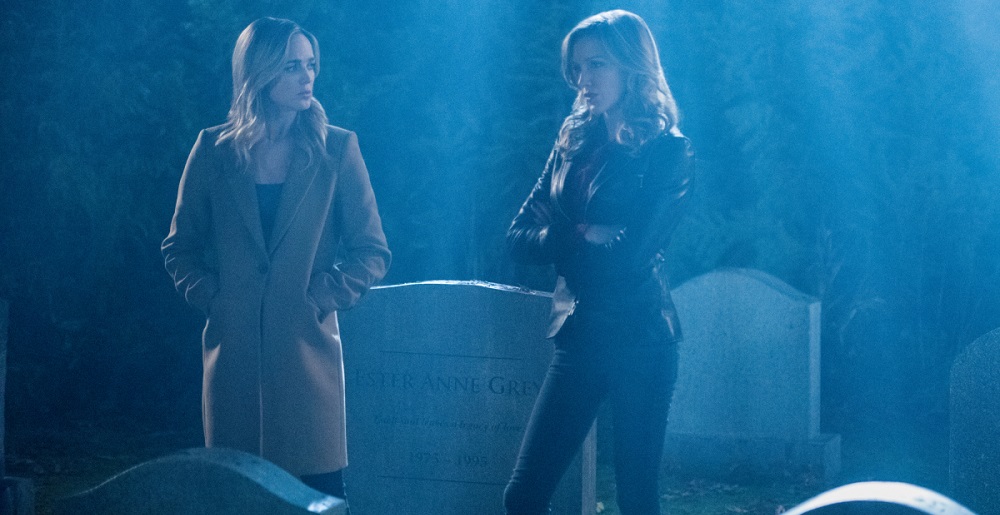 The return of Sarah Lance holds the most resonance because she was the first Black Canary before any of the others. Her interactions with Felicity and Laurel comes across as the elder sibling after being the troublesome kid sister for so many years. The only time she and Earth-2 Laurel had been in the same room together was for Quentin’s passing, so this was a great opportunity to see how their characters played off of each other. Like Dinah, Sarah has to ignore the bias she has when she sees this woman with her sister’s face. Kudos to the writers to skip over the “you look so much like my sister” bit. But the difference is the bond she shared with Quentin, one that Sarah has to acknowledge and give her benefit of the doubt. Her ulterior motive, of course, is to make sure her sister’s name isn’t tarnished given that everyone believes that Black Siren is the original Laurel Lance. The conversations at the cemetery are key to Laurel turning against Shadow Thief in the end. Sarah’s past and her willingness to impart what she’s learned on the cynical Laurel also reminds viewers who weren’t privy to previous seasons that she wasn’t always the fun-loving Captain of The Waverider on Legends. This was a woman who had been trained as an assassin, slaughtered a father in front of his kids, and had even been killed and resurrected. Out of anyone here, Sarah is on the same par as Felicity as the best chance to reach this wayward version of her sister. Bookending the episode with the final meet at Quentin’s grave was poignant before Laurel goes back to her Earth to answer for past crimes. What also works is that they don’t hug; they are not sisters at this point and it would be perhaps disrespectful to the original Laurel. 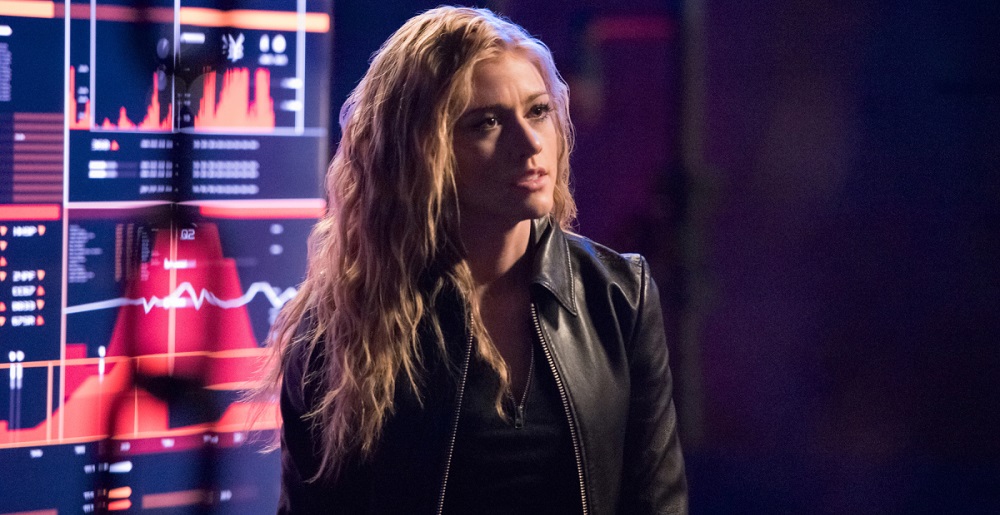 The Flash-Forward sequence this week feels increasingly concrete as the lessons of the present influence the future, much like how Oliver’s flashbacks influenced his present-day decisions. Mia Smoak this week comes across as in the same crossroads mentality as Laurel, and it is through her that both she and Dinah convey how they had learned from the experiences from this week’s installment. The writers use Dinah’s decision of establishing a network of Canaries as conveying the notion of female empowerment and is done with the right amount of subtlety. It’s a movement in this series that was started way back in the second season with Sarah imparting her wisdom onto Cin (“No woman should suffer at the hands of men.”) In the age of #MeToo, nothing is more important than female equality and strength in numbers. Having Mia saved by the reformed Laurel and fellow Black Canary – cool present-day moment of Felicity giving Laurel the original suit – felt perfect and assured fans that Laurel would make it. It’s starting to become clear that Darkstar may wind up joining this flock after all; like her dad she’s a loaner and like Oliver she is learning to work within a group. As to the relevance of the helmet designed to hunt down vigilantes, is it some kind of HUD armed with Archer tech?

While I’m glad that Oliver wasn’t totally excused from this episode, the revelation he uncovers with Diggle on Emiko’s mother’s murder seems severely underused. This plot device could’ve been used in the second to last episode of the season, just as Sebastian Blood’s culpability in Moira’s murder was to turn the law against him. With Emiko’s allegiance firmly established with Dante and The Ninth Circle, this piece of info could have been teased and finally revealed at the cusp of the inevitable confrontation between Oliver, Emiko, and Dante. With the main focus of this episode on the ladies, the revelation doesn’t have that much of an impact and as a “Meanwhile, back on the ranch” feel just to remind viewers of who the star is. As for the fight choreography, while there are some solid battles, there was some level of restraint this week. Also, how is Laurel going to go back to Earth-2? I feel an explanation of how, or even showing her enter through the extrapolator-created portal was necessary. Lastly, the detonation of that device seems both overstated and hypocritically used; the team goes to stop Laurel from killing, and yet they had no reluctance to detonate the bomb in a warehouse full of goons? The same downplay effect can be said for the super-helmet in Flash-Forward sequences. 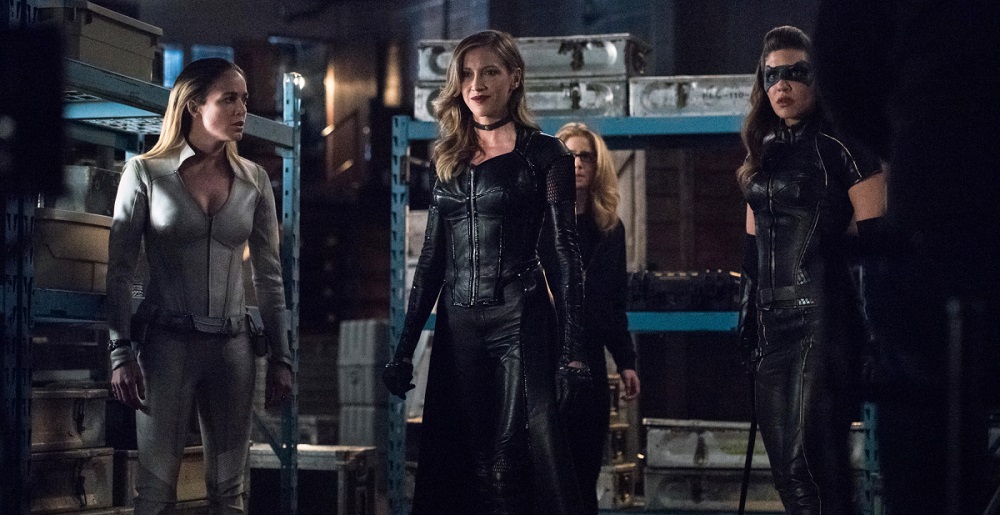 While the episode was strong and probably the closest we’ll get to a Birds of PREY – not “justice,” Ms. Smoak – there were loose ends and out-of-place revelations. Overall, however, if they’re pushing for a spinoff with Mia, I’d say their chances just got better with the subplots established. See you guys next week!