The Lords of Order issue and ultimatum to a magical community with few choices left.  Meanwhile, Zatanna and Wonder Woman’s encounter with Circe on their quest to find Mordru leads to revealed secrets and few answers. 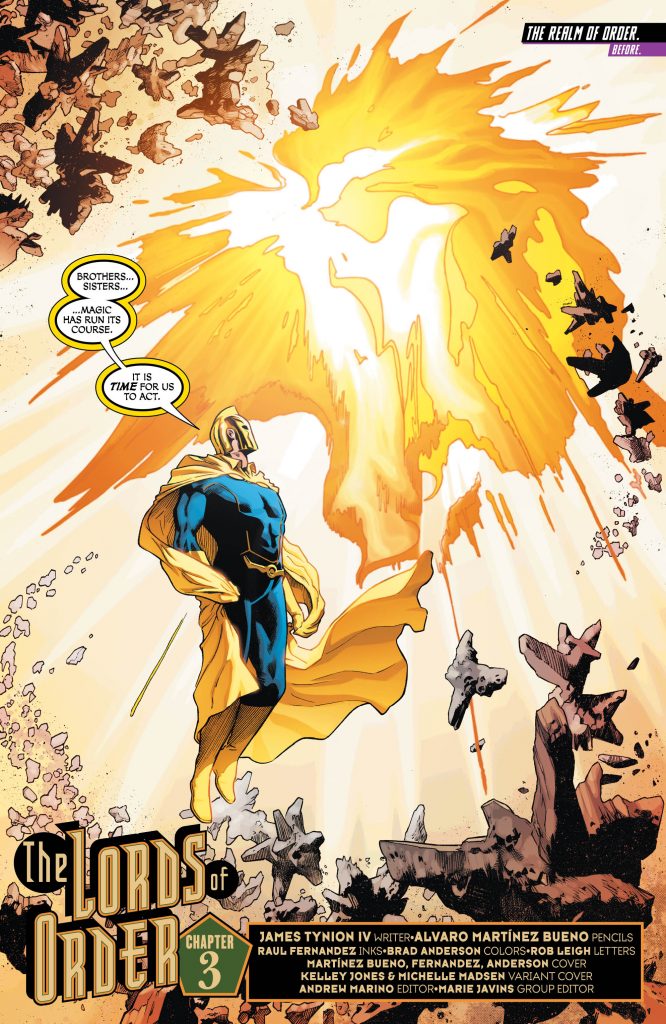 What choice does magic have when issued an ultimatum?

Justice League Dark #10 explores the actions of the magical DC universe when everyone’s backs are against the wall.  Right from the beginning it is clear how much foresight the Lords of Order must have in order to meticulously plan their attacks on the magical community.  Throughout the issue, Brad Anderson’s coloring continues to give the gold Nth metal on each Lord of Order a radiant quality.  He contrasts the darkness of Circe’s layer with the brilliance of Myrra’s magical atmosphere.  Light is extremely important in this book because, as the hopes of the inhabitants of Myrra dwindle away, the shining light becomes dimmer and the colors along with mood become duller and more gray.  Alvaro Martinez Bueno and Raul Fernandez add some striking imagery and impressive design work to the book as well.

The Flesh is a new Otherkind creature introduced in the issue that is absolutely terrifying.  The epic paneling choices as Zatanna takes down this creature by bending the earth around it is a sight to behold.  Ultimately, the issue exists to demonstrate the removal of choice.  The Lords of Order are removing magic as a choice for any earthly being, while Wonder Woman and Zatanna have no choice but to wait for Mordru to come to them.  It’s a frustrating situation, and that emotion shines through while reading the issue. 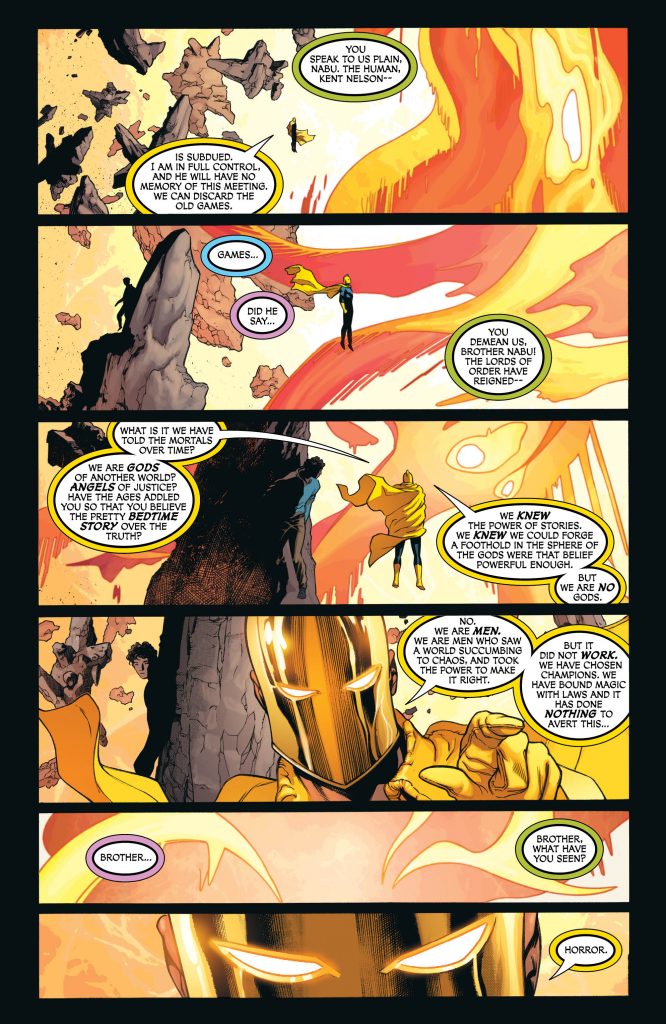 The issue feels a bit more static than normal.  Dr. Fate and the Lords of Order have pinned down the magical community for the past 3-4 issues with no real progress from either side.  It’s a standoff even though it doesn’t feel like it should be.  The issue becomes less suspenseful and more of a bummer by the time the ultimatum is reveal because suspense implies hope or a chance, and all that has been sucked out of the equation by now.  That being said, it’s still a marvel to look at and is a phenomenal display of the magical DCU.

Justice League Dark continues to be a beautiful tale of magic and struggle as all hope seems lost within the magical community of the DC Universe.