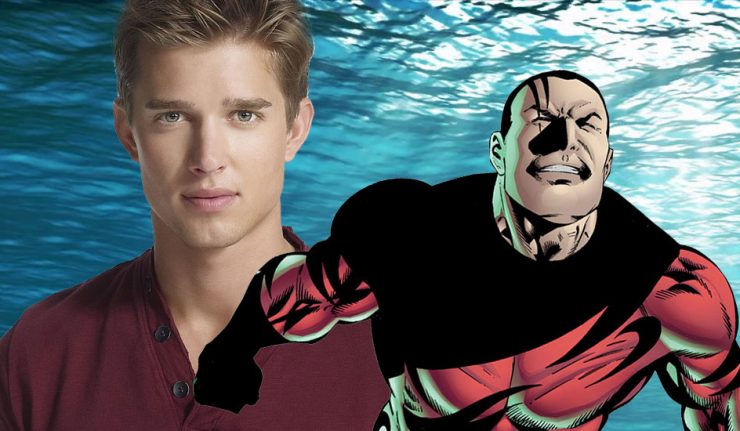 It has been rumored for a while now that Aqualad and Aquagirl would be appearing in Titans Season 2. As to which Aqualad it would be was not known, until now.

Fans of Kaldur’ahm the Aqualad from Young Justice might be disappointed to learn that Titans is going with the original Aqualad Garth. From the shows standpoint this choice makes perfect sense. Titans shows the beginning of the team, which would logically have Garth. In the comics, Garth was a founding member of the Titans. Later down the line he can become Tempest much like Grayson will become Nightwing. This would then open the door for Kaldur’ahm to appear in future episodes as the new Aqualad.

The latest rumor is that Drew Van Acker has been cast for the role of Garth. There has not been an official announcement, but the actor has hinted he has the role on his Instagram account.

Since then other sites have mentioned that he has been cast as well. But following the premature reporting by so many sites about Robert Pattinson as Batman, we’ll wait for a formal announcement. As of now it is just a rumor, but it does have weight.

Van Acker is best known for the role of Jason DiLaurentis in the series Pretty Little Liars. He also appeared in the Training Day TV series, Devious Maids, Tower Prep and more.

Some believe Titans Season 2 is becoming too crowded with characters. Deathstroke, Jericho, Rose Wilson, Connor Kent, and Bruce Wayne are all set to appear.  That’s on top of the core team of Grayson, Koriand’r, Rachel and Gar. Not to mention appearances by Dawn, Hank and Jason Todd. That may seem like a lot, but considering the series is at least 10 episodes long, if they are spread out throughout the season, then there should be no issue.

Titans Season 2 will premiere this fall on the DC Universe streaming service.