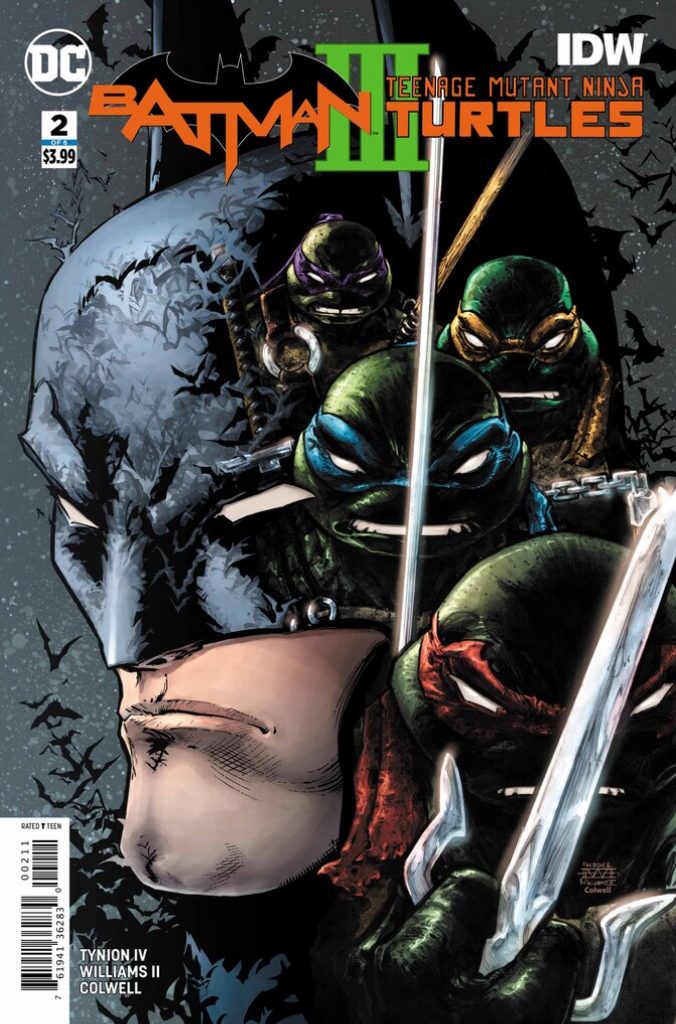 Batman/Teenage Mutant Ninja Turtles III #2: Earth-Prime Raphael bests both Batman and the Turtles in battle, then explains where he’s from and the true origin of the Teenage Mutant Ninja Turtles. Bruce objects to the origin Raph-Prime puts forth. Raph-Prime then explained that Krang had captured both his family and an alternate Batman. With an elaborate machine, Krang intended to use their DNA signatures to wipe the Multiverse clean of their existence. All parties escaped and plotted to use the interdimensional technology they managed to steal to repair the damage Krang plans for the Multiverse. Raph-Prime made his way through multiple dimensions to the Lair under Wayne Enterprises. While he doesn’t have a plan in mind, Raph-Prime assures them time is of the essence. Meanwhile, The Laughing Man is propositioned by Krang to help him achieve final victory…TO BE CONTINUED! 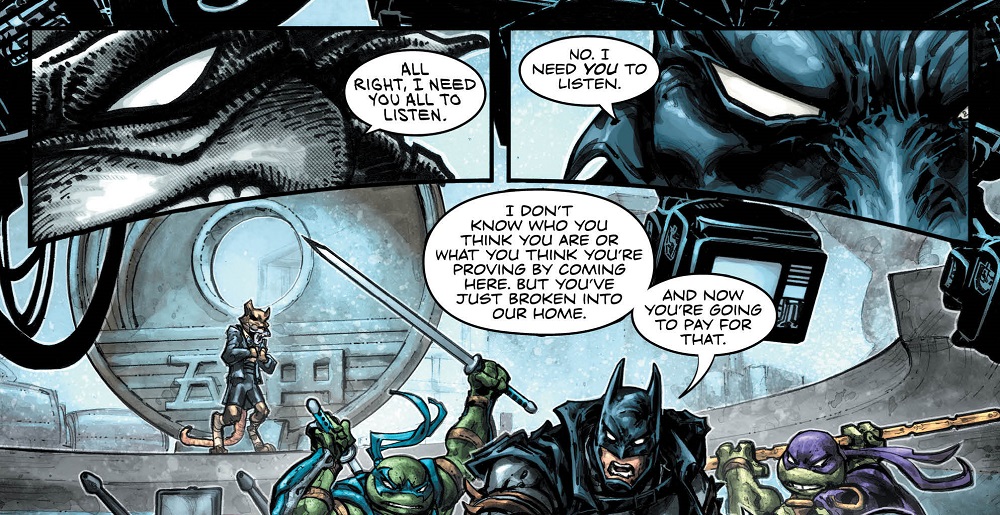 Finally, we have an explanation for this topsy-turvy format. Also, it was a brilliant decision to have Kevin Eastman – COCREATOR of TMNT – sketch Earth-Prime Raphael. The aesthetic of the origin’s retelling under Kevin’s art will please long time fans of this amazing franchise. His art included in Freddie’s layouts also adds the dimensional distinction implied. It’s fascinating to see Batman operate under the assumption that he is just another “Turtle”. Taking facets from “Crisis” stories of the past ups the ante. Further, it also explains why this latest series is billed as the last Bat-Turtle crossover story.

Although creative, fans have already saw this storyline played out in the “Turtles Forever” anniversary animated movie. There are also elements of the recent CW “Elseworlds” crossover thrown in to account for the difference in reality. And it’s difficult to sense the high threat level that The Laughing Man should convey. He is the worst of both villains; he should be treated as such. That level of suspense does not even register in the cliff hanger. Also, which Batman was the one captured? Will this even be explained? Where is this going to lead? To the DC Rebirth or current IDW dimensions? 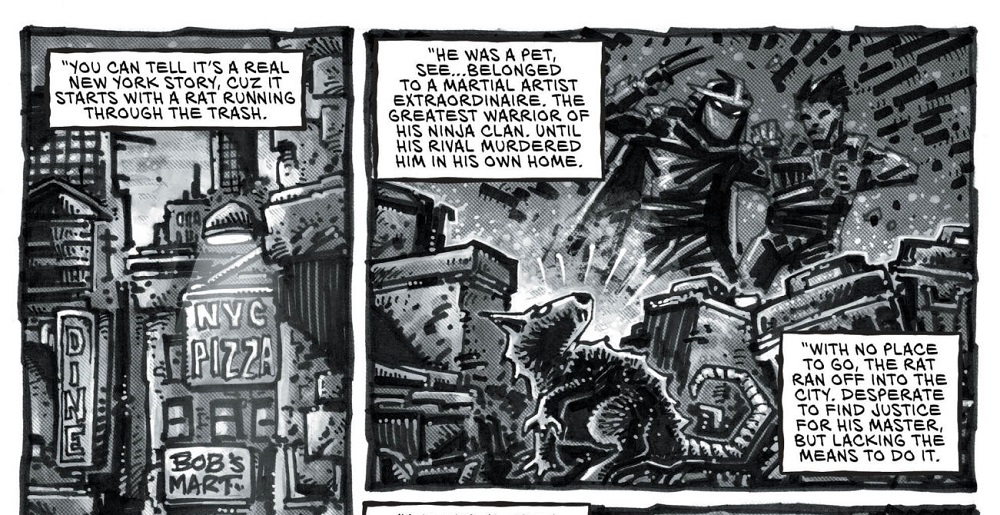 The nostalgia scored awesome points. Eastman’s art inserted into William’s panels is the best way to convey the distinction between worlds. Although the plot has been touched on before, it’s still early in the series to give a thumbs up or down. While I have misgivings about how Batman is handled, I’m trying to stay positive and look forward to seeing this story in its entirety.