Review: Adventures Of The Super Sons #12

Review: ADVENTURES OF THE SUPER SONS #12 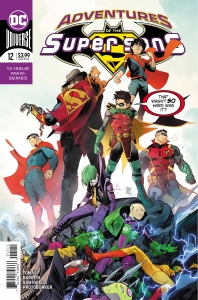 Adventures of the Super Sons #12: It’s been a long road, but Superboy and Robin have finally made their way back home! Unfortunately, an armada of about a gazillion juvenile super-delinquents is back too, and these pint-sized hell-raisers are out to conquer Earth! It’s the final battle between the son of Batman, the son of Superman, a big fan of Lex Luthor and whatever a “Doomsdame” is in this epic finale to the Super Sons saga!

Cube tells a story to Jon and Damian that connects the dots, answering an important lingering question: why have Jon and Damian been running into so many ersatz versions of DC characters and concepts throughout this maxi-series?

While the Hypercube was being stored in Superman’s Fortress of Solitude, it studied the history of the Earth. It was inspired by this history to create it’s own reality inspired by that history in another galaxy.

This means that Rex Luthor and his Injustice Army, the House of Secret Mysteries, Tommy Tomorrow, and other people and places Jon and Damian visited were creations of the Hypercube. 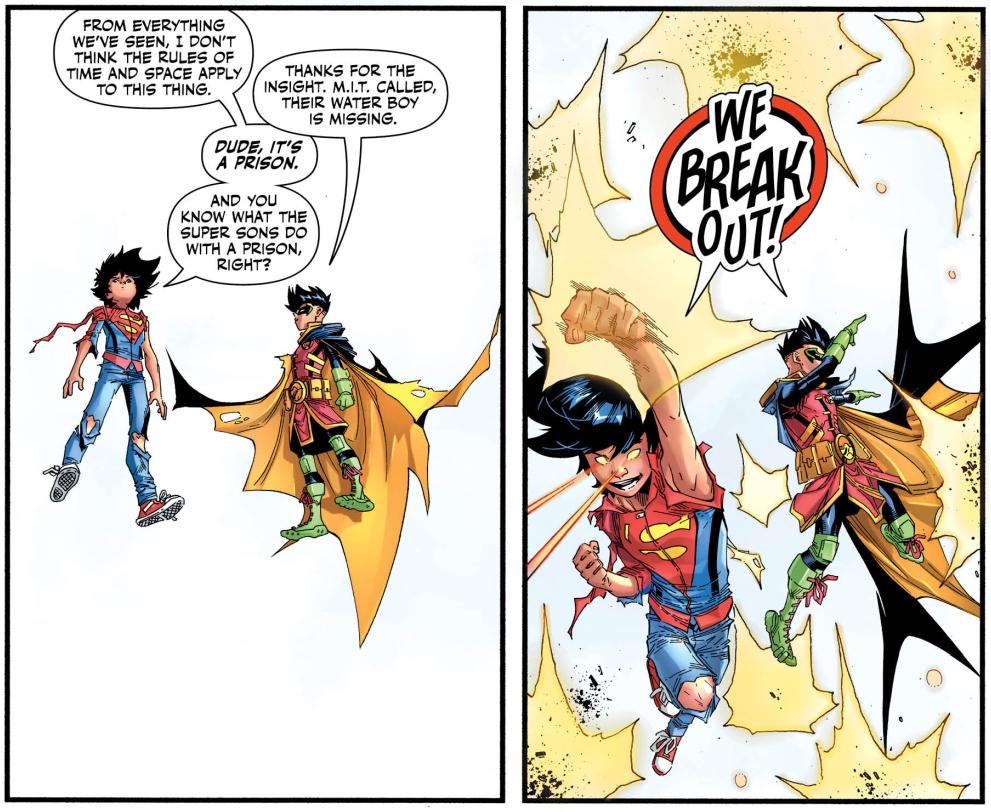 I like that the boys manage to come to an understanding with Cube without having to resort to a fight. Although Cube is the root cause of the Super Sons’ troubles, he isn’t an evil mastermind, but a powerful entity that is willing to correct it’s mistakes. One of those mistakes was the death of the villain, the puppeteer, whose resurrection actually provides the boys with the means to escape the reality inside the Hypercube.

Like the previous Super Sons book, this series ends with the bookend story of an elderly Jon and Damian recounting the story to two young children. Like before, with Volume 2 of Adventures of the Super Sons finished, Volume 3 is taken off the shelf, signalling the start of a new story. Hopefully, this is a hint that DC has plans for Tomasi to continue writing their exploits in another maxi-series or ongoing title.

Also, I did catch an interesting little tidbit: at the start of the epilogue, we see the exterior of the house where the elderly Jon and Damian are doing the storytelling. It’s the House of Secret Mysteries. I have no idea what this signifies, but it does raise some interesting possibilities for future stories.

I also have to commend Carlo Barberi and Matt Santorelli for their superb work on the series’ art. The artwork perfectly suited the lighter tone of the series, and they must have had a blast bringing the vast array of off-brand DC characters to life.

I have nothing but praise for this series. The only negative is that it’s over with no continuation in sight. However, DC could easily rectify this with an announcement of a new Super Sons project. 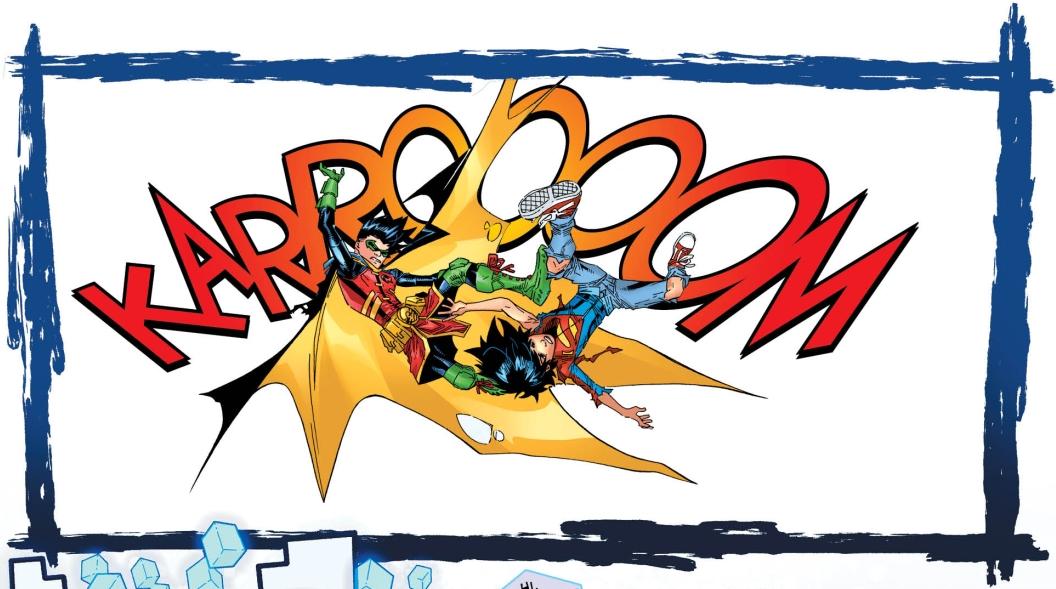 Adventures of the Super Sons was a joy to read and easily one of my favourite titles to read. I’m going to miss reading it each month. With the end of this title and the changes Jon has undergone in the Superman titles, the future of the duo is unclear, but I hope that this isn’t the final chapter of the Tomasi’s Super Sons

Review: Superman: Up In The Sky #1