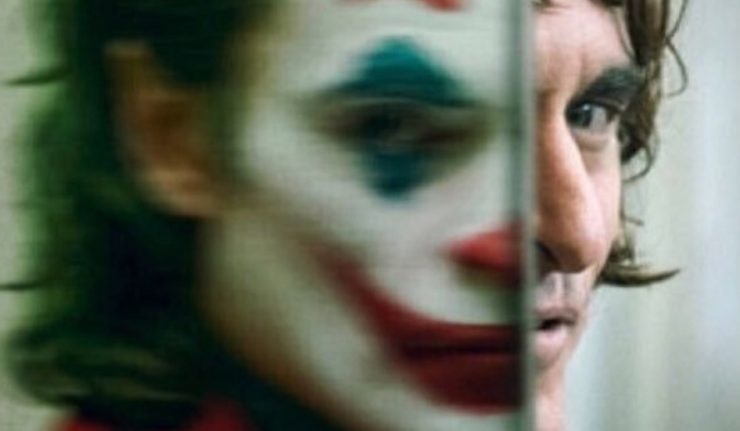 Joker doesn’t open until October 4, but that has not stopped Empire magazine from debuting a new cover to put a smile on fans’ faces.

At the time of this article, Empire‘s Todd Phillips has tweeted two cover designs. The first was an image of actor Joaquin Phoenix’s face as half failed comedian Arthur Fleck, and the other in full makeup, albeit blurred. The composition of the smoky glass blurring his Joker side is a callback to a “Why So Serious?” Joker poster for 2007’s The Dark Knight. The second cover design features a full-frontal shot of Fleck with a superimposed image of his alter-ego. It allows for a more detailed look at Arthur’s future appearance. The composition of multiple faded images of The Joker push forth the notion of Fleck being consumed by this persona, much in the same way as Bruce Wayne has allowed Batman to consume him.

@empiremagazine. Issue out July 11th. The first pic is the newsstand cover. The second is the special subscriber cover (I think that’s how it works…)

Empire has become renowned for the respect it pays to superhero films in general on its covers. It even featured a full-body Jared Leto Joker that unveiled his complete look for the 2016 Suicide Squad film.

Joker is a stand alone film that focuses on the life of Arthur Fleck, a failed comic whose descent into madness and crime births a psychopathic murderer. The design of Phoenix’s Joker costume mirrors the purple suit worn by the late Cesar Romero in the 1966 Batman television series. Phoenix is the fifth actor to portray the DC Comics super-villain in a live-action film. Others, besides, Romero, have been Jack Nicholson, Heath Ledger and Jared Leto. Romero reprised his role in the film adaptation of the television series. Like the Christopher Nolan trilogy, it is a grounded, real world approach and in no way connects to the DCEU.