With the writing talents of author Jeff Lemire and artistic expertise of Denys Cowan and Bill Sienkiewicz, DC Black Label will roll out two new series this fall:

Joker: Killer Smile and The Question: The Deaths of Vic Sage

Joker: Killer Smile will follow the Joker as he attempts to destroy the life of Dr Ben Arnell, a mental health professional that works at Arkham Asylum.  Recently, Jeff Lemire had this to say about the title: 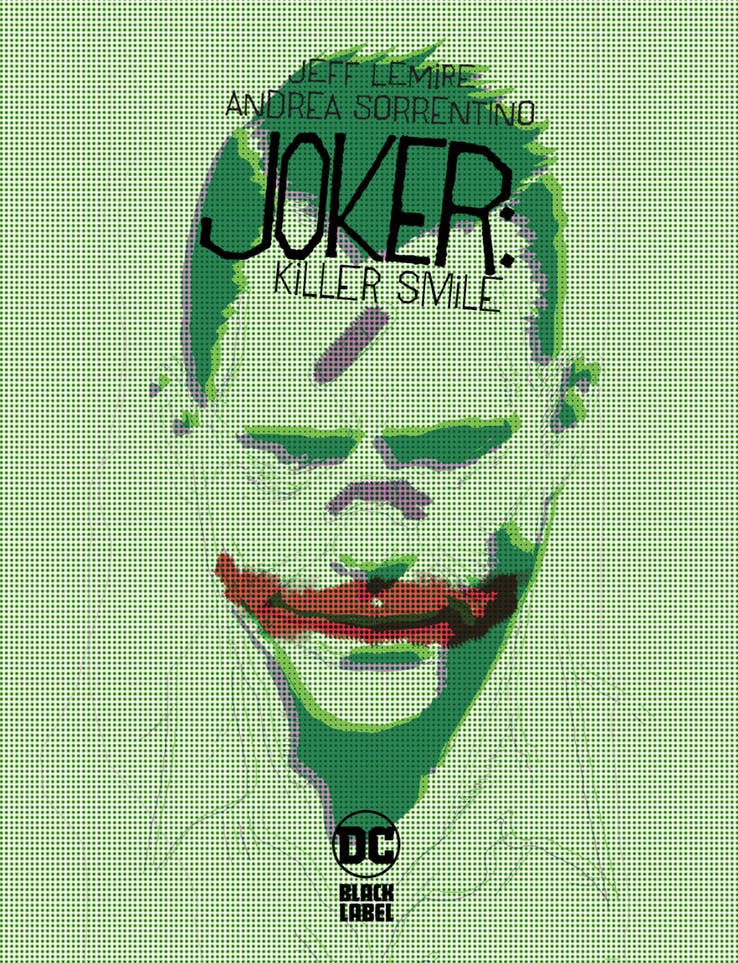 “To be honest, the Joker’s new been a character that I’ve exactly had a deep connection with and a longstanding craving to write a story about, but I love telling stories with Andrea that illustrate the psychological landscape of the character’s we’re focusing on, and so, when the Joker came out, the idea of exploring the metaphorical, surreal, and psychological landscape that a Joker story could exist in, that was the starting point that got me excited.  I didn’t want to be too heavy-handed or one-to-one with what happens in our story being a reflection of the real world today, but there are elements of chaos and fear in Killer Smile that I think are running rampant right now in our society; politically and socially.”

On the flip side; Lemire, Cowan and Sienkiewicz will dive into The Question: The Deaths of Vic Sage.  The series will explore the main characters many deaths and reincarnations in Hub City.  Lemire also had this to say about his The Question title: 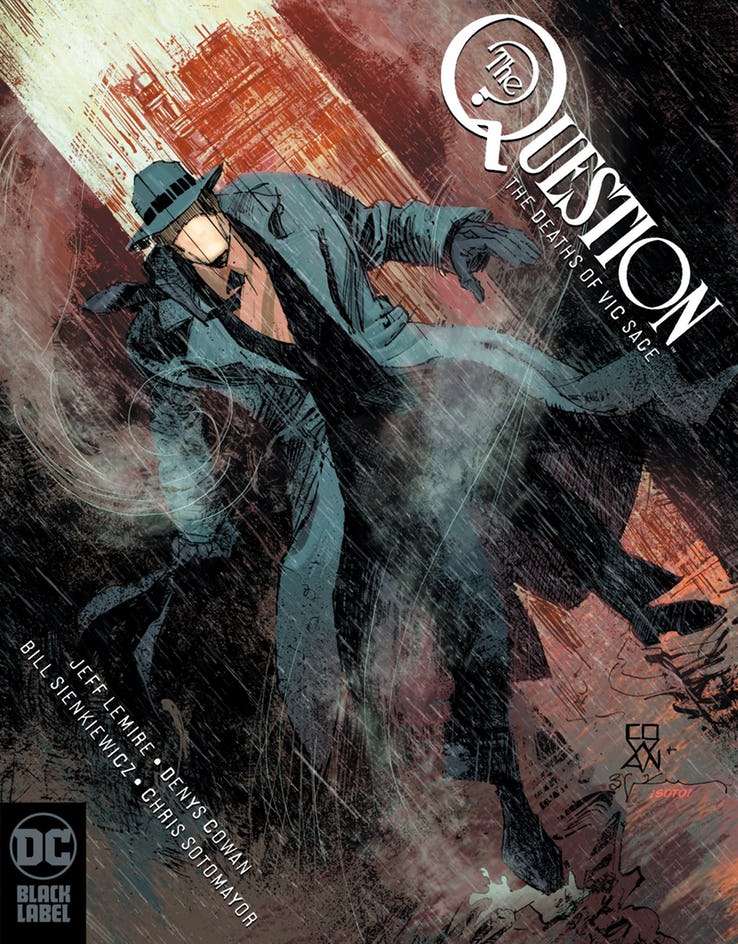 “Going all the way back to the Steve Ditko version, you have this man who’s so connected to his society, but its heart, the stories were always existential and about searching for identity.  There’s so much angst in society right now that stems from people not being able to see things from one another’s perspectives, and so a character like the Question can almost start off as a cipher who goes on a journey that brings shades of gray into his world as his story unfolds.”

Joker: Killer Smile #1 is due October 30th for a three issue run and The Question: The Deaths of Vic Sage #1 will hit stores on November 20th and run for four issues.