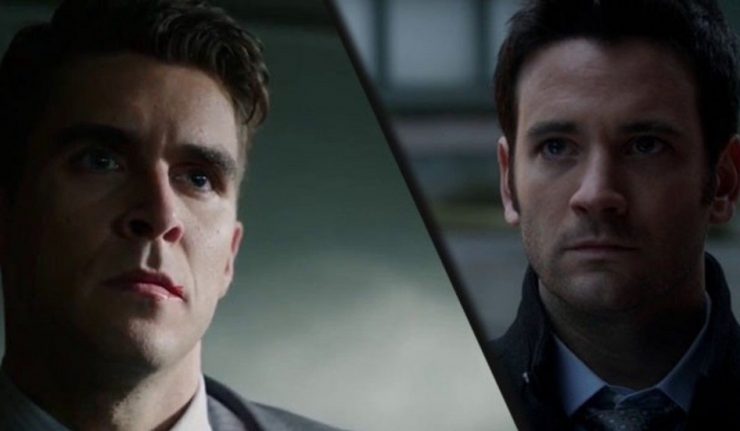 The eighth and final season of the hit CW series Arrow once again brings back familiar faces to Oliver’s final crusade: Tommy Merlyn and Adrian Chase.

The loss of Tommy Merlyn, Oliver’s lifelong friend, was integral to set Ollie on a less lethal path. Through hallucination and doppelganger, Tommy has returned multiple times to challenge or motivate the Emerald Archer. And now in Oliver’s final bow, the son of arch-nemesis Malcolm Merlyn, played by Colin Donnell, will return once more.

Although he began as a series regular on the first season of Arrow, he met his end at the hands of his father’s undertaking, saving estranged girlfriend Laurel Lance. During that year he wrestled with knowing his best friend had returned as a murderous vigilante. What complicated things further was Laurel’s unresolved feelings for Oliver that resulted in an affair. However, the pair made peace before he died, and his loss drove Oliver to vow to never again take a life in his crusade.

However, Executive Producer Marc Guggenhiem teases that this “[may not be] the Tommy we know.”

But Tommy’s not the only one returning. The scars that Oliver Queen’s D.A. left on his life cannot be understated. In retribution for his father’s death at the hands of The Hood, Adrian Chase (Josh Segarra) sought training from Talia Al Ghul to become the psychopath Prometheus. His growing mania corrupted young Artemis, killed his wife, and ultimately consumed himself through a murder-suicide. However, the grievous wound was the death of Samantha Clayton, William’s mother. Executive Producer Beth Schwartz confesses to Prometheus being the crew’s favorite villain. Further, she says “[Like Tommy] Adrian Chase comes back in a different way than expected.”

Given the eight season revolves around the multiverse’s fate, doppelgangers of the aforementioned faces are not outside the box.

Tune in for Oliver Queen’s final adventure on premiere night, October 15th on the CW.