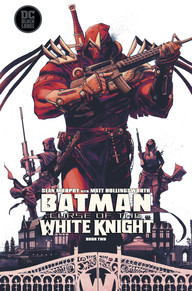 ” This will go a lot quicker if you stop playing stupid and accept the fact that right now, I know more about Bruce Wayne than you do!” -Miss Ruth to Bruce Wayne

The Joker’s plan is in full swing—with a single devastating secret and his puppet strings controlling the elites, the Clown Prince and his new recruit, Azrael, are ready to eliminate Batman and obliterate the Wayne family’s legacy. With Gotham City’s identity and institutions hanging in the balance, Gordon makes a surprising public announcement—but The Joker’s response will send the Bat-family and the GTO spiraling.

This is the second installment of Batman: Curse of the White Knight! 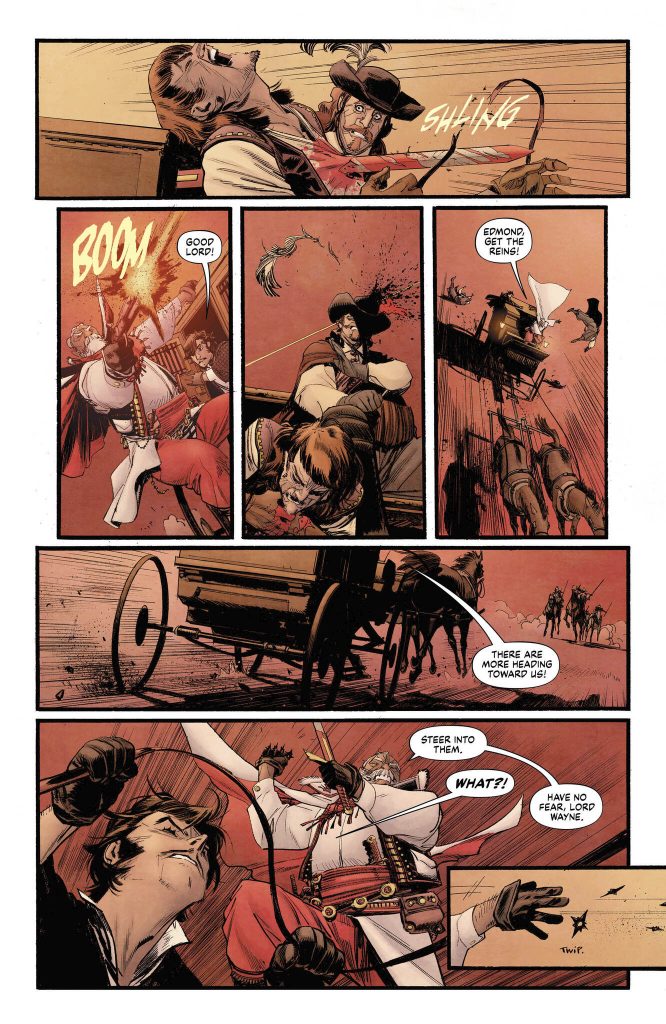 Can we all agree that Sean Murphy’s perfect combo of artistic renderings as well as story telling has put him at the forefront of Batman conversations.  Todd McFarlane did it with Spawn.  But Murphy’s playground is Gotham City!  And I am glad we have a front row seat.

Murphy cuts the cast of characters down to a minimum and it works.  Deeply entrenched in this story in Bruce’s life is Barbara and Dick.

Speaking of Barbara…what more can the Joker do to her through the ages?  Well, short of some unspeakable acts, he takes the one thing a hero may need more than ever in Gotham City.  No spoilers here as you need to run out and purchase this issue!  But Murphy knows his canon and he is messing with the major players in a big way!

Speaking of a major player…who is Ruth?  While we think the Joker/Jack is puppet master, we may be sniffing the wrong flower.

Azrael… enough said here!  Take a religiously motivated anti-hero and mix in a history of being cheated out of his birthright.  Pair that with the right/wrong team of henchmen and it’s on!

Gordon is pissed at Batman!  Murphy is putting the Dark Knight in a lonely place.

Harley….she’s got a surprise!  World’s Greatest Detective…huh?  Again, no spoilers here, but this is the type of news you need an announcement for. 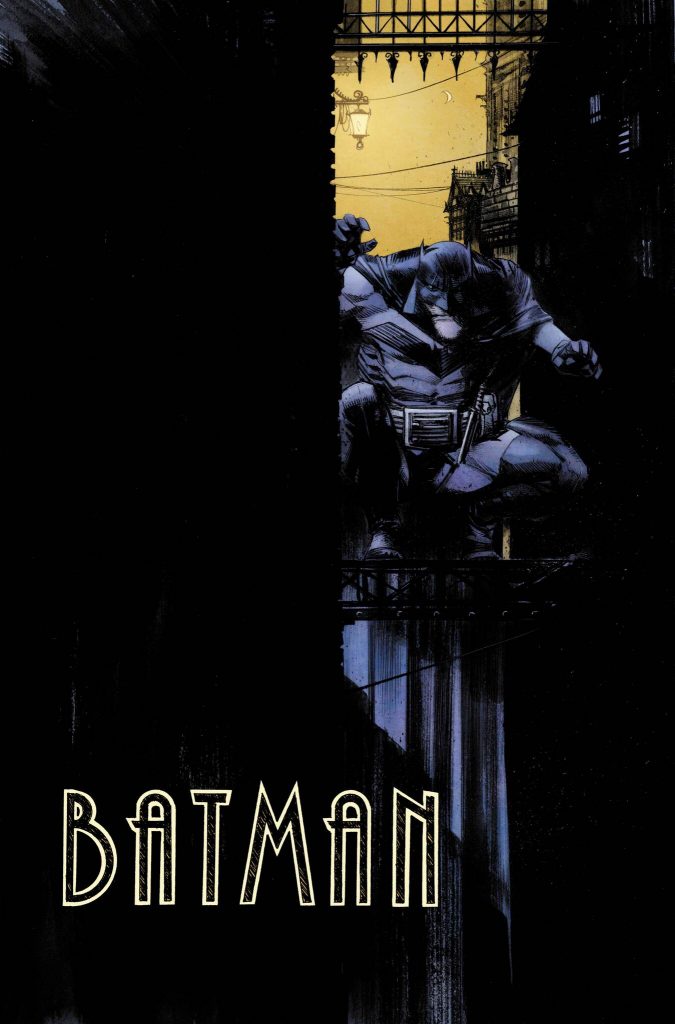 Murphy draws a mean Bruce Wayne (shades of Wolverine’s sideburns…).  And his renditions of Lord Wayne…DC needs to simply focus on this “Zorro” masterpiece for a while.

Azrael needs his own poster.  Why can’t Murphy have his own Batman display in your local gallery?  The pen is mightier than the sword and he uses both sides for writing and for his artwork!

Finally, Harley deserved to be drawn like this all along.  This is not the off the wall Harley we now have in the DC Universe.  This is the villain/hero/anti-hero we have deserved for a long time! 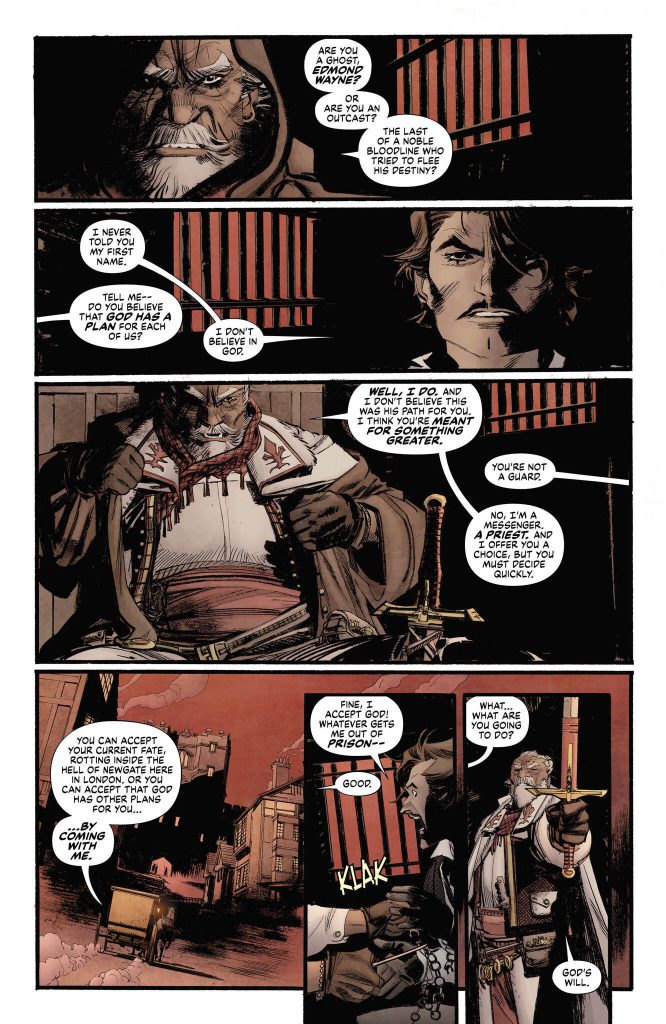 And this is here the librarians say “shhhhhhhh”!  Nothing is wrong in this second issue…other than it is 33 pages long and I wish it was 33 x 3 pages long. 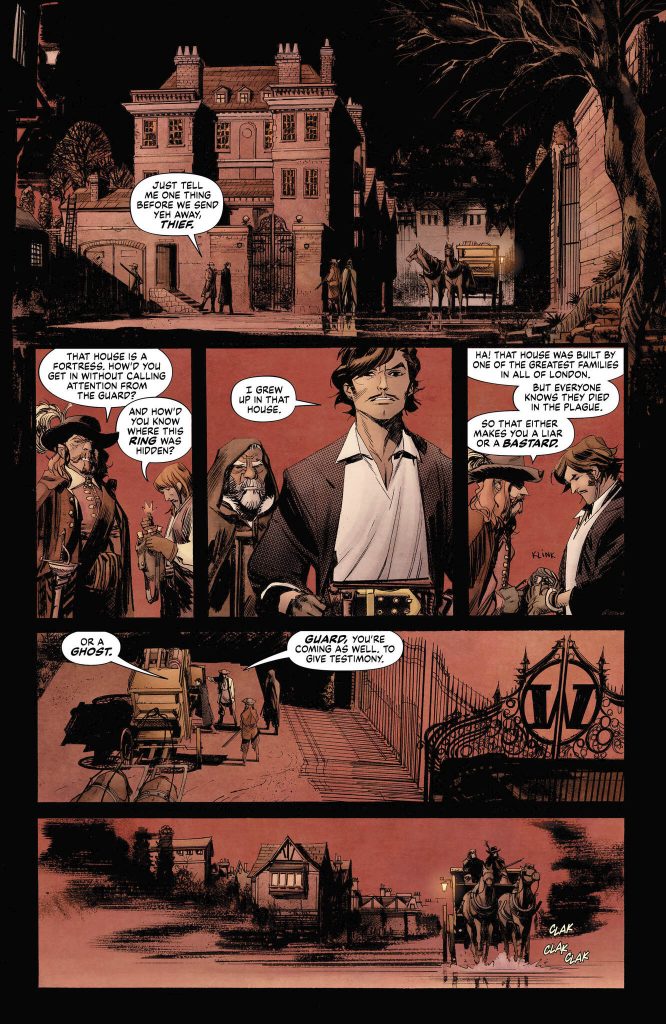 Again…Batman:  White Knight was special.  And this sequel is a fun ride.  Murphy reduces the character down to bare bones in this issue.  Support for Bruce is waning.  And that dinosaur we all love to see….well, you just have to see!