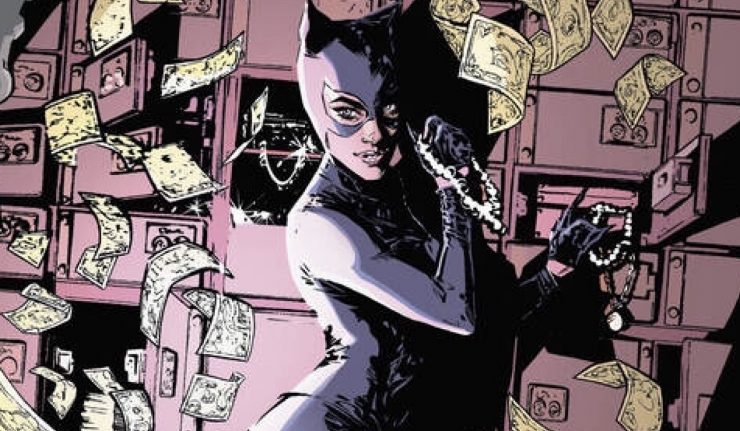 “I’ve got Lex Luthor wanting to offer me things and everyone is trying to murder me.” –  Selina Kyle

After running a gauntlet of assassins to get her hands on the dossier detailing all the illegal activities of Villa Hermosa, Selina Kyle must go up against the big bosses of the criminal underworld. She must deal with their gun-toting mercenaries, yakuza hit women and the masked bounty hunter Lock-Up. All while still carrying a price on her head. Is there a way she can collect both big prizes herself and still walk away alive?  Catwoman #15 is a turning point issue for Selina Kyle!

First, the story telling has gotten quite good, and Ram V has Catwoman akin to a scorned CIA or Mafia hitwoman.  It’s not crime that is prevalent in her thoughts as it seems to be that of leveling the scales a bit.  As readers we are plunged immediately into another threat on her life by Lock-Up… (I would love to have an origin story as to how Catwoman acquired all of her skills as she is as sharp as Batgirl).

As she turns the table on Lock-Up, she finds out who is pulling the strings (or rather who is eating the “roasted ortolan songbirds marinated in armgagnac and served with fig jus”.   A five million dollar a plate dinner and we are just getting through the appetizer, when Catwoman hits the door.

Selena is on a bit of a war path as the “hit” placed on her has her more annoyed than hurt.  And a pin drops when she casts the metal arm from a yakuza hit woman onto the dinner table surrounding by the supposed crime puppet masters.

Without giving too many clues, this issue seems to be a “sewing up” the details issue as appearances by Gentleman Ghost, and (surprise) False Face reinforce this is the end of a chapter.  Word to the wise…pick up a copy of Batman #78 and read it after you read this issue of Catwoman!  The harbinger title that Ram V has for the next issue scares me as it is “Selena Kyle Breaks Bad”.  A lot can be inferred in a lot of different directions in this as it is the Year of the Villain.  But I am so rooting for the best Dynamic Duo …Batman and Catwoman…sorry Damian…This is a step-mother you really need!

Ram V addresses the Luthor offer, but gives no solid information as to whether Selina is giving it any credence.  In fact, it is mentioned at the beginning, and the “Breaking Bad” title at the end may be a foreshadow of a myriad of thing.  Will she be the next villain to get an upgrade or will Bane break her for being at Batman’s side?  This is a scary harbinger given the recent events of City of Bane.

So while this is not a negative…it is actually good story telling, but it would be a huge negative to hurt Catwoman given the recent gauntlet Batman has had to run!

This is an issue that, arguably, has a lot of foreshadowing to it.  This could be Catwoman being either bad or good (again?)!  And given the recent events of Year of the Villain, Luthor’s offers, and City of Bane, this is going to go down as a fork in the road for Catwoman readers! 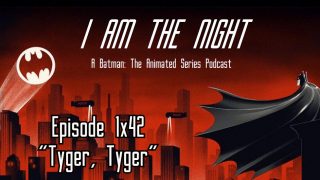