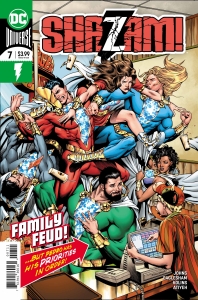 Shazam #7: “Shazam and the Seven Magiclands” continues as the shocking new member of the Shazam family is revealed! This mystery person will send shock waves through the entire cast!

Well, Shazam #7 finally showed appeared in comic shops a full twelve weeks later than its scheduled release date. But was it worth the wait? Well, yes and no.

I would say that the artwork is the highlight of the issue, both Dale Eaglesham and Scott Kolins are to be commended. The scene taking place in the Wozenderlands (an amalgam of ‘Oz’ and ‘Wonderland’) is just breathtaking. And Kolins does an outstanding job of depicting an aura of oppressing horror when Billy finds himself in the Darklands. 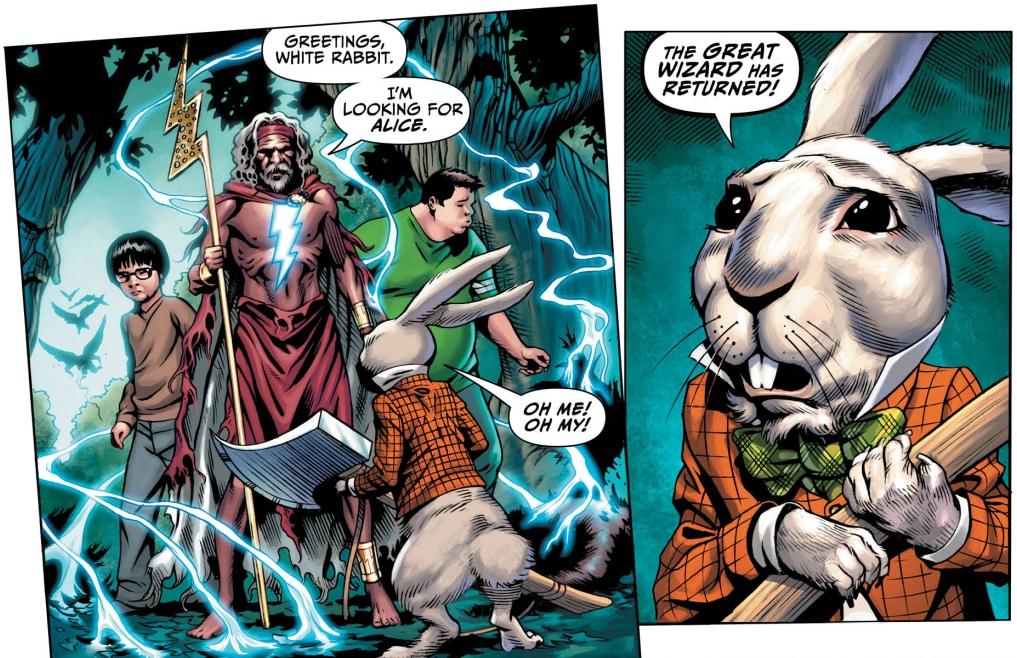 One important development in this issue’s story is that Billy’s foster parents, Victor and Rosa Vasquez are let in on the secret that all six of their foster children are superheroes. While the wisdom of this choice might be questionable, it definitely will simplify some elements of the kids’ lives. At least they won’t have to come up with lies to cover their absence while they are off saving the world from Sivana or Black Adam.

On the other hand, what do they do if the Vasquezes ground them while they are needed elsewhere? More people knowing their secret may complicate their lives, but it such complications also open some unique possibilities that can be explored further.

I also am intrigued by the idea of Billy and his birth father going on a quest to find his mother. This could be just the opportunity for Johns to give Billy a few solo issues. After all, it’s his title. Shazam should get a bigger focus than the rest of the Shazam Family.

The obvious criticism is the lateness of the title. Geoff Johns is a very busy man, working on DC’s TV and movie projects, as well as writing comics, but both Shazam and Doomsday Clock are way behind schedule, and the Three Jokers appears is stuck in limbo. Maybe it’s time for Johns to consider handing the book over to another writer or maybe just plot the issues and have someone else do the scripting.

In any case, something needs to be done to get the book back on a reasonable schedule. There’s a lot happening in the current storyline and months-long gaps make it very difficult to remember what’s happening from one issue to the next. 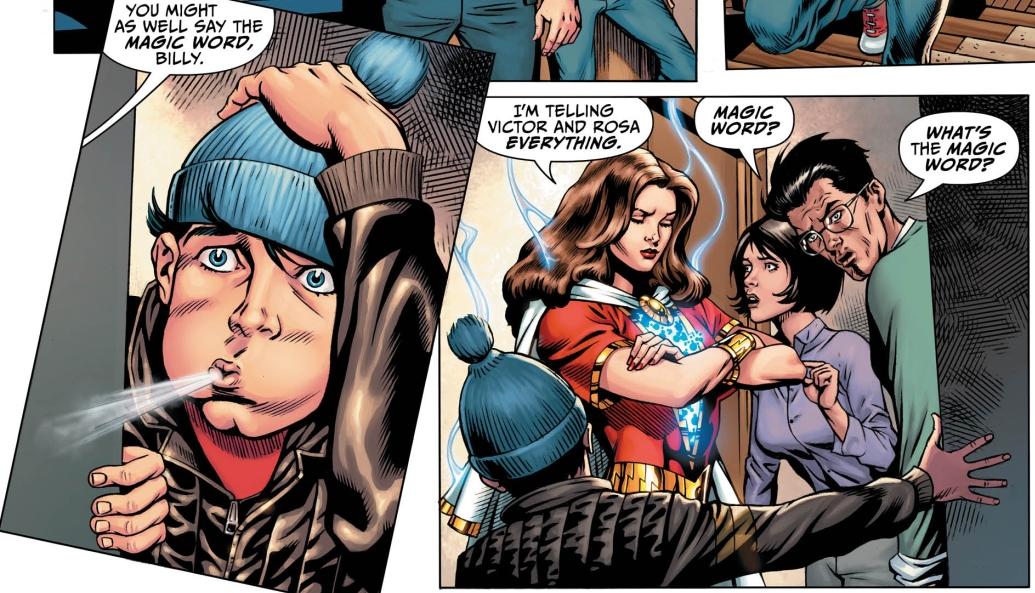 While I love that Johns is writing Shazam as a lighthearted book, but I think he is going a bit overboard with the amount of silliness. I get that he’s trying to recapture some of the feel of the Golden Age era Captain Marvel stories, but I think he needs to dial it back a bit. I can accept that he’s found a way to bring Talky (now renamed to Tawky) Tawny back as he originally appeared, but I find the concept of the Wozenderlands a bit over the top.

But the biggest problem I have is that this book is getting too complicated. With six protagonists and several different plotlines being juggled at once, there is just too much going on. Johns really just needs to concentrate on one story at a time then move onto the next.

And I’ve said it before, but it bears repeating. Six Shazams Family members is just too many for a single book to handle every issue. I think the focus should be on Billy. Johns should really consider using Mary and Freddy as occasional backup for Billy and keep the other three kids in reserve to help out with the really big threats.

Despite the problems, Shazam is still a fun title to read. If Johns can just get it back on a regular schedule and simplify the plotline a bit, then Shazam could be the great title that the former Captain Marvel deserves.