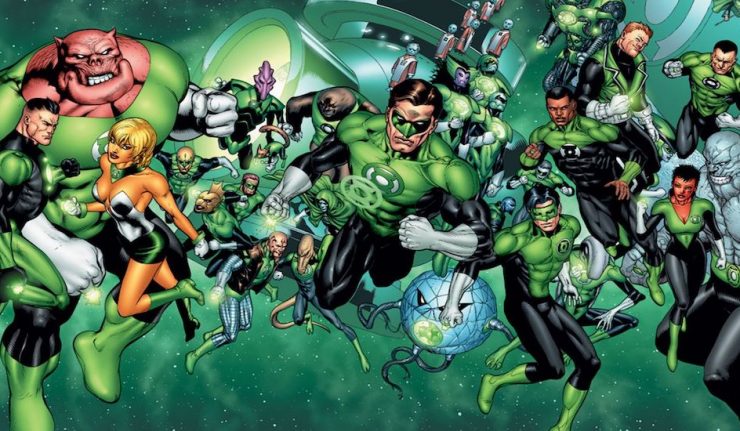 …yes, you heard that right.  The new series is being developed by Berlanti Productions and Warner Bros Televison for the new streaming service, HBO Max.

Berlanti unveiled what his company has planned when it comes to the HBO Max streaming service at the WarnerMedia Day.  While Berlanti didn’t share any details surrounding the new project he debuted his vision to the crowd by saying:

“In what promises to be our biggest DC show ever made, we will be going to space with a Green Lantern series, but I can’t reveal any more about that just yet.”

The Green Lantern and Green Lantern Corps has been a large part of the DC Multiverse for a very long time yet has seen very little “love” in the live action department.  The last installment was a teaser of the Corps in Justice League but since that movie was a critical failure, the future of the Green Lanterns has been virtually nonexistent.

A few months ago, news of a “big screen” adaptation of the Green Lanterns was the announcement of a Geoff Johns written and produced movie but it has been a very long time since that project yielded any new information for the public.

Now we have this news from HBO Max and Berlanti Productions about bringing the willpower space police to the world of live action DC but we do not know any details about the project or even which Green Lantern the show will center around.  It will also be interesting to see how this show will feature the other Lantern Corps around the DC Multiverse, there are a few different factions inside the emotional spectrum, but excitement from DC fans has to be at an all-time high.