Andy Serkis To Play Alfred In ‘The Batman’ 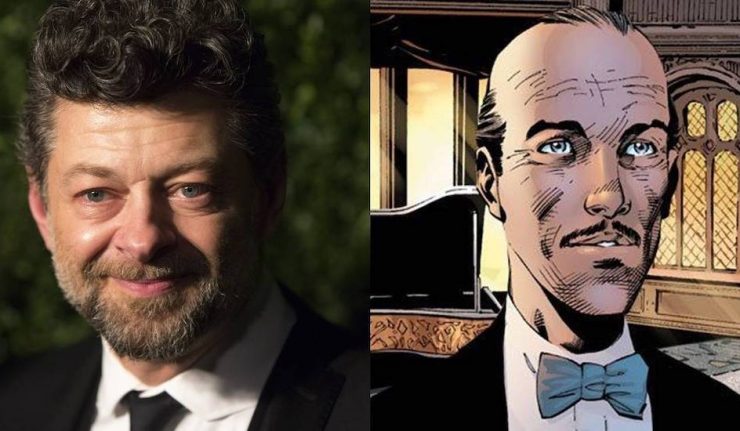 Andy Serkis To Play Alfred In ‘The Batman’, as if casting for Matt Reeves’ The Batman couldn’t get any better, Warner Bros is in talks with the one and only Andy Serkis for the role of Alfred Pennyworth.

In previous adaptations of the Batman lore, Alfred was played by Micael Gough, William Austin, Michale Caine and Jeremy Irons as the long-time cohort, caretaker and moral compass to Bruce Wayne.

Serkis is known for his previous roles in The Lord of the Rings, The Hobbit, Avengers: Age of Ultron, Black Panther, Godzilla, King Kong, The Prestige and is slated to direct Venom 2 for Sony Pictures.

This casting news creates more excitement around the upcoming film as Serkis is an amazing character actor with a long and stellar resume to back up his uncanny skills in-front of the camera.

Stay glued to DC Comics News for more information surrounding casting for The Batman as it comes.