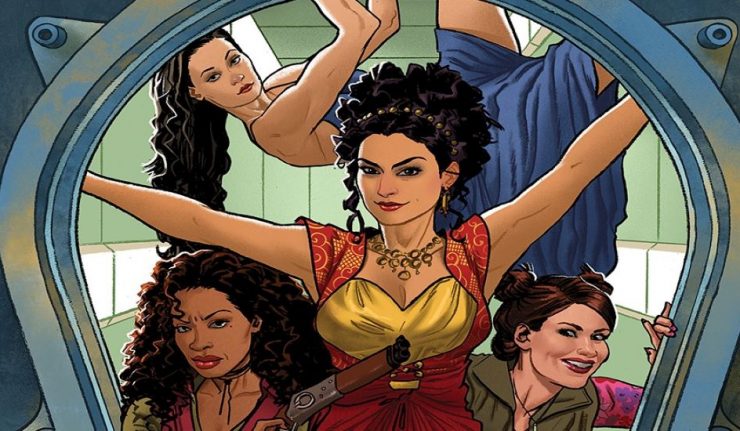 Firefly #11 begins with the reality that Mal Reyonlds has a mother and he is just like her. Hot headed, quick to anger, impulsive, does not like to hear no, hates the alliance…Check on Maude Reyonlds. She is still fighting for independence. Mal just wants to stop the war from starting. Things are tense. We see a bit of a flashback that explains why. Yikes.

Meanwhile, Kaylee, Jayne, Simon and River are robbing a bank. Jayne can only think so far ahead, so for him, having the money means he wins. Of course, that is absurd and luckily, he has River and Kaylee to think for him. Kaylee develops a plan to get back to Serenity except…

Inara has stolen her so, that plan is out. Still, it will be OK because Inara is really the one with a plan. I mean, who would you trust with your life out of this cast? Inara is the only choice really. There are a bunch of double crosses and then there is a lot of time spent discussing Mal’s face. I am not kidding, but then, what would you expect?

The thing is, I was not kidding. Mal’s face is a huge part of this issue. It is so spot on. Greg Pak has really captured this part of ‘Verse just beautifully. I feel as though this was just a forgotten script from the series eve though I know that is not the case. It is hard to believe that Pak turned down this writing job the first time. We are all pleased that Firefly is in his capable hands.

Speaking of capable hands, Dan McCaid and Vincenzo Federici are really lighting this thing up. There is a panel, about two thirds of the way in where Zoe has some mammoth gun on her shoulder and she just blows things to bits. At no point does it ever look beyond her or do we think she will fail. The characters get the love and respect they deserve. It is not small feat to copy living actors and yet, this art team makes it seem so effortless. The action is actiony. The drama is dramay and the comedy is well, funny. It all comes to life in a few magic strokes of their pens and pencils. Just look at Ma’s face down below. Would you mess with her? I would not.

I have nothing to report here. The set up is special. The pay off is spot on.

I got goosebumps on the last panel. I will give nothing away except to say that I can’t believe I have to wait a whole month to see what happens next. Damn. So good. If you have not been reading this book and you even like Firefly a little, run, don’t walk and pick up Firefly #11 and really, go get the back issues too. 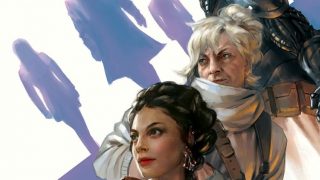 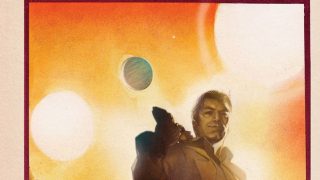