Are The Super Sons Joining ‘Superman And Lois’? 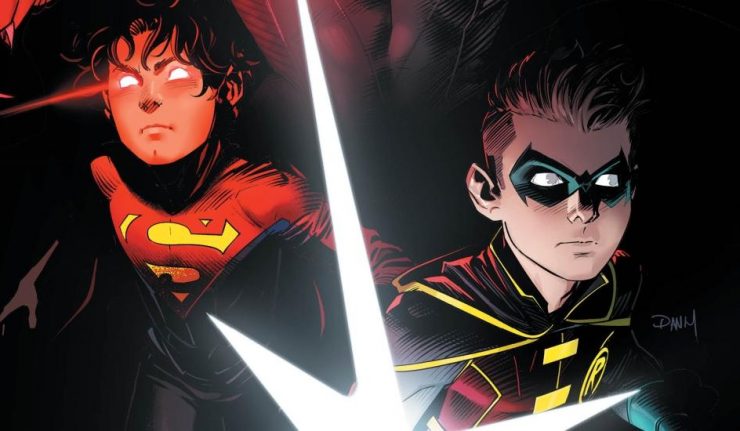 The cast of the CW’s upcoming Superman and Lois show may be growing by two Super Sons. Casting director David Rapaport has indicated the show is looking for two teenage boys who sound like they could fit the description of Jonathan Kent and Damian Wayne.

The casting announcement indicates producers are looking for the following (and keep in mind, alias names are regularly used for general casting purposes):

Matthew is a 14-year-old Caucasian boy, with an eye toward casting someone between 13 and 16. He is described as “well on his way to becoming a physical specimen. Clean cut, modest and kind-hearted, with an aw-chucks attitude that somehow doesn’t seem dated. A three-sport athlete who’s already garnering attention from college and pro scouts.

Ethan, meanwhile — also a 14-year-old Caucasian who they would like to be played by someone between 13 and 16 — is described as “a young Leonardo DiCaprio who has an inherent darkness to him. Ethan’s wildly intelligent, but his mercurial temperament and social anxiety limits his interactions with people, and consequently, he spends most of his free time playing video games.”

Still to be determined is what (if any) role Batman plays in all this; in the Arrowverse continuity he’s been MIA for years.

Superman and Lois is scheduled to go into production in Spring 2020. Before we see the Super Sons, everyone first has to get through Crisis on Infinite Earths.