Review: SUPERMAN: UP IN THE SKY #6 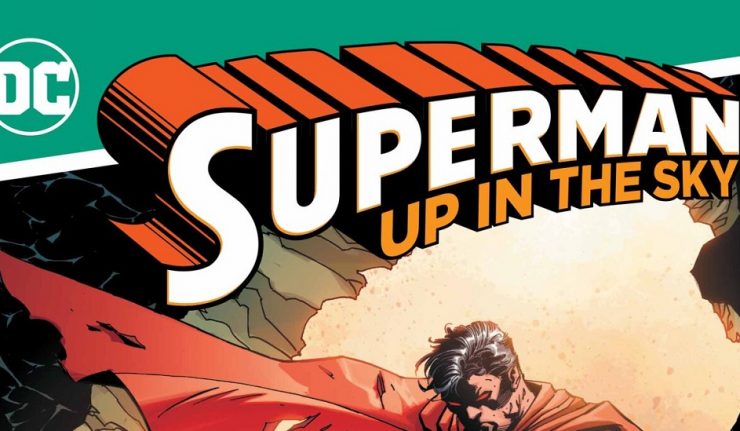 Review: SUPERMAN: UP IN THE SKY #6

“Yes ma’am you are!” Superman to the little girl from Metropolis after she expresses she is going home!

It’s the finale of Tom King and Andy Kubert’s Man of Steel epic and Superman is captured off-planet, with Earth’s remaining heroes left to fend off an alien robot invasion! If Superman can break his bonds and rise up against the diabolical mastermind who unleased the attack, he can save his adopted home, even from several galaxies away, and begin the long journey back with the little girl from Metropolis whose kidnapping initially sent him on this epic sojourn through the cosmos. Originally published in Superman Giant #15 and #16.

The simplicity of the first story in this issue is that Superman is bound by an alien creature that abducted Alice from Metropolis and his dialogue is stilted.  The responses by Superman are very curt…”No Sir!”  “No Sir.  I will not!”  Don’t complain and don’t explain!  Superman is inches away from saving her and either journey has been so draining on him, that words don’t matter and actions do!  Or is itTom King’s way of playing tribute to the typical villain monologue?

At any rate, the ramifications of Superman’s heroic efforts are resonated between worlds and felt on Earth.  Robots fall to the earth after decimating the Justice League.  Batman figures out that Clark did something to the controller in the nick of time!

Ever notice that children are full of questions?  A literal unending vat of questions.  But there is plenty of space travel ahead of Superman and Alice as she peppers him along the way with the most innocent of questions.  “If you and Batman fought, who would win?”  “How do you fly?” “Does something shoot out of your butt and you don’t want to tell anyone?”

Can you imagine the relief that he has saved this little girl from her demise, and the unbounding energy she now possesses in her questions as her hero is flying her home!  Well done Tom King in that he has provided some of the more simplistic and introspective questions a child can have for Superman.  He has carefully crafted a story that shows unending love for the human race by a hero from another world.

I found that this story is more about Ma and Pa Kent than it really is about Superman.  Even though we feel all the tenacity of the battles and the journey Superman went through to save Alice, the moral code that his parents have instilled is beyond measure.

And that last frame of the comic…that hug…. Thanks Andy Kubert!

Shhhh!  Alice is sleeping now as she is resting comfortably back at home.  No worries and no negatives!

Again, this is Tom King’s love letter to Superman.  But it is also a testament to all that is good about the world.  And what a great homage to Clark’s upbringing.  In totality, it really is a love letter to Ma and Pa Kent!  And that is what makes Superman:  Up in the Sky so great!