Review: Wonder Woman: Come Back to Me #6 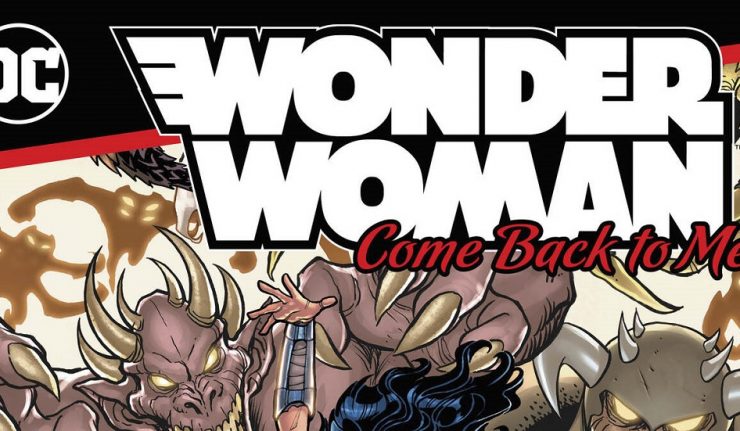 Review: Wonder Woman: Come Back to Me #6

Betrayed by Princess Sibella, Wonder Woman attempts to hold her foe responsible for her actions-but their dispute will have to be put on hold upon the arrival of the Light Lords, who leave a trail of destroyed planets in their wake! Diana and Sibella will have to learn to work together for the sake of the galaxy, as Amanda Conner, Jimmy Palmiotti, and Tom Derenick’s space-faring tale draws to a close! Originally published in Wonder Woman Giant #6 and #7.

Amanda Connor and Jimmy Palmiotti’s sew the story together and provide that the entire ruse by the Princess was done out of amusement.  Diana and company were nothing more than pawns in a soap opera type interactive game experience.

The story is really well written and illustrated. Tom Derenick has a Dan Jurgens’ artist style as exemplified above.  His pencils are really expressive and the colours by Hi-Fi explode off the page!   This is how Wonder Woman needs to be drawn!

Once the story unfolds, Wonder Woman is on a team of a vast array of Guardians of the Galaxy type characters. Who pairs her with Cheetah? Why are there so many humans around and how are they not panicking at all going on around them? Lots of uneven story lines and it becomes a bit bogged down in the last story as it tries to put everything in to perspective!

This last issue was like a bad episode of the old soap opera Dallas where everything was reset when Bobby comes out of the shower!  And with that reference, I have shown my age.  It wasn’t the best use of Wonder Woman’s character as it reeked of the 1970s with the Bermuda Triangle.  And then peppered into it was an homage to ThunderDome.  And finally, the dreaded dream episode where characters who were dead are now alive.   It was too formula of writing for my taste!

This ending of this issue faded! I like seeing a strong Amazon and I am not sure I got out of this issue what was intended.  However, once you begin a journey with the Princess, you are all in!  I now enjoy Wonder Woman with the JLA and JLA Dark.  That’s the side I enjoy now!