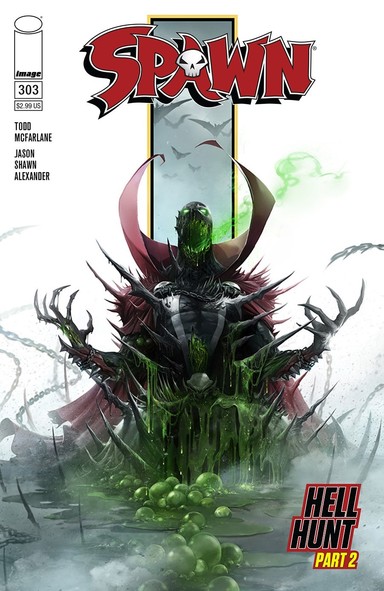 ” I don’t know!  That’s what I am trying to .” –  Jessica Priest…the freshly minted She-Spawn

“HELL HUNT,” Part Two The aftermath of SPAWN #301 continues in this great jumping-on point for new readers! Spawn, Reaper, and She-Spawn fight their way to the catacombs beneath the Vatican to free Medieval Spawn! But is he friend or foe? Meanwhile, Clown’s Hellhounds have other plans, as they move to stop Spawn from gathering his new army of heroes. JOIN THE HUNT!

First of all, you have to give it up to an independent perfectionist like Todd McFarlane as issue #302 had a black and white sequence that was a bit understandable, but the color sheets would have been much better.  As it turns out, it was a printing mistake, so Todd included those pages in issue #303 so as to make sure fans had what they had paid for!  Kudos to the Todd Father in making this happen even without fans knowing this was an error.

He evens promises in future issues a main story line and a back story line, and why not?  His cast of characters is expanding quite a bit since issue #300.

Starting the back story…I am not even going to hide that I am happy with what happened to Nyx.  She was an instrumental cog (pun intended for those that buy the issue) to the new Spawn developments.  Her death will have some serious ramifications in the story line ahead. 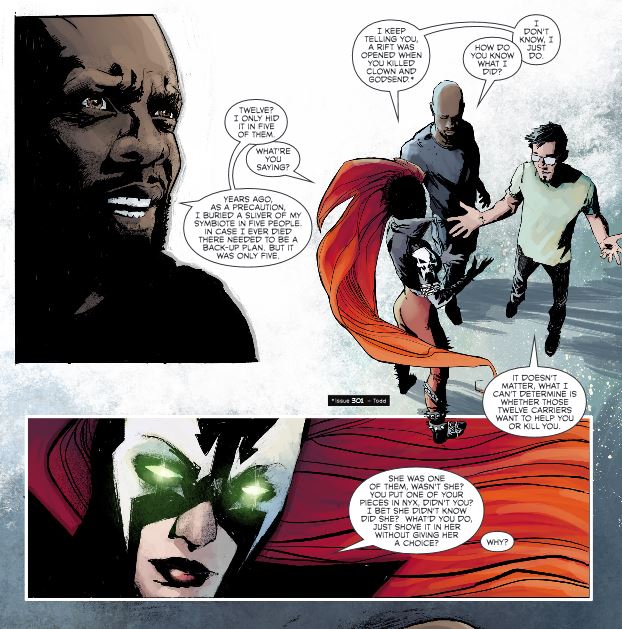 Five has become Twelve…well alright.  Spawn and She-Spawn in their confrontation and eventual willingness to work together find out that while Al had hid a sliver of his symbiote in five different people, there are actually twelve spawn force/necroplasm signatures around the globe.  If we don’t include Jessica and Al, that is twelve more Spawns at work.  And we don’t know if Nyx was one of them.  Nor do we know if these Spawns will want to help Terry or kill him.

McFarlane opened a can when he had the battle between Spawn, The Clown, and Godsend!

Readers further get to see that Jessica knows what Al knows.  Sharing that necroplasm can either help or hurt as the beginning stages of this new chapter in Terry’s life/afterlife is taking shape! 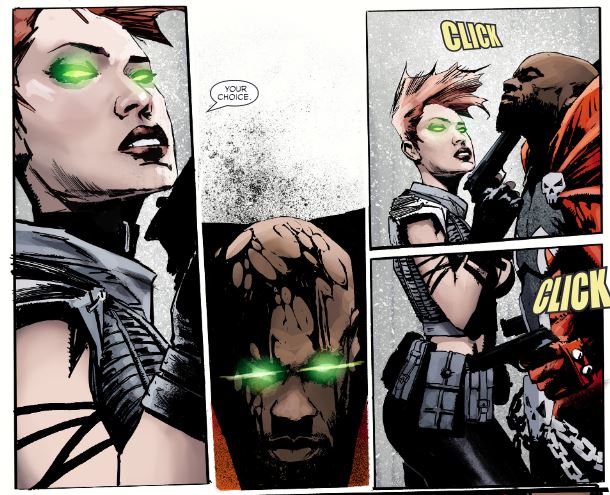 None…this issue is all Spawn and She-Spawn!  And with the new developments of twelve more out there in the world, with a glimpse of a Medievel Spawn locked up in the basement of the Vatican.  This ride is getting better and better by the issue! 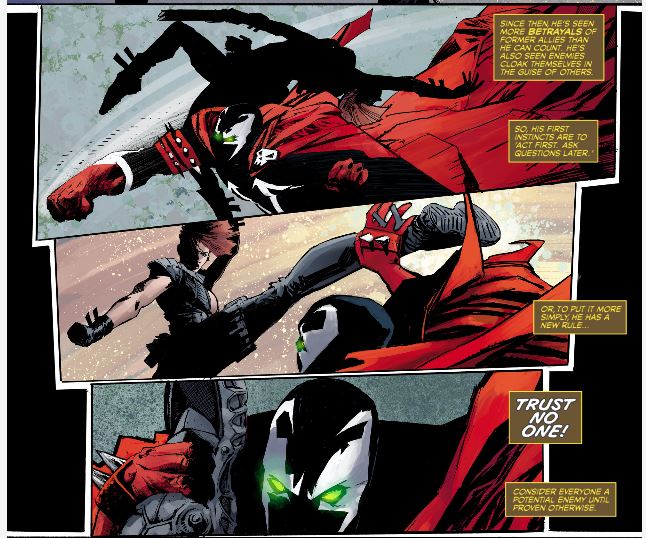 Fourteen Spawns…oh the possibilities are endless.  It’s a world of Spidermen!  It’s every Superman imaginable!  It’s getting every costumed action figure you wanted for Christmas!  I guess you could say you need to buy this one!