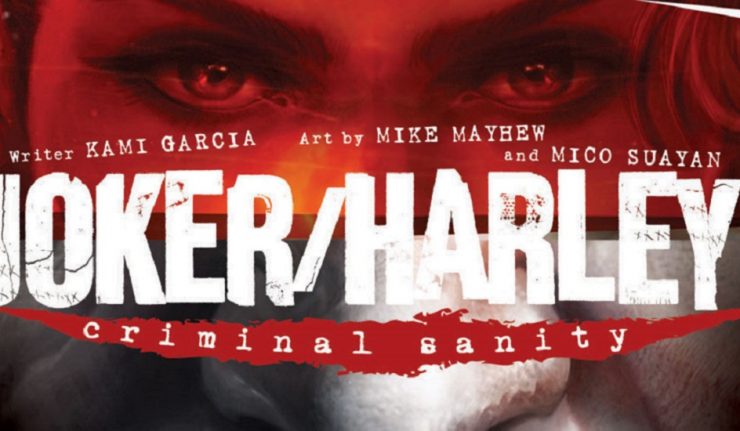 If you’ve been following the recently launched Joker/Harley: Criminal Sanity, then you’re aware of how it’s set in a universe very different from standard DC continuity. In short, a non-villainous Harley Quinn is helping GCPD pursue a grisly serial killer known as the Joker, and it plays out more like a crime drama than your standard superhero fare. So far, the titular characters resemble their iconic counterparts in name only, but we’ve yet to see how the story will largely unfold.

To me, at least, the immediate attraction to this nine-issue miniseries came via the stunning artwork. Present-day scenes are illustrated by Mico Suayan, while Mike Mayhew tackled the flashbacks. Well, at least that could be said about the first two installments.

You see, Mayhew is out for issue #3, and has been replaced by Jason Badower. It’s yet to be revealed at the time of this writing as to whether Mayhew will return down the line, or if Badower is sticking around until the end. Either way, this at least hopefully guarantees the book suffers no more major delays, as I was starting to think we had another Doomsday Clock on our hands. That’s not to say anything bad about one particular artist, but we all know that rotating talent on projects that have to keep a certain schedule is sometimes necessary.

In the meantime, you can peep the full solicitation for the next chapter below:

JOKER/HARLEY: CRIMINAL SANITY #3
written by KAMI GARCIA
art by MICO SUAYAN and JASON BADOWER
cover by FRANCESCO MATTINA
variant cover by MICO SUAYAN
Harley Quinn follows the evidence—and it leads her to a dangerous conclusion: she might know the true identity of the serial killer she’s hunting. But as Harley digs deeper into The Joker’s past, he is watching her…and leaving a trail of bodies in his wake. Gotham City has never needed a hero more!
PRESTIGE PLUS
RESOLICIT | ON SALE 02.05.20
$5.99 US | 3 OF 9 | 32 PAGES
APPROX. 8.5” x 10.875”
B&W AND FC | DC BLACK LABEL
AGES 17+
BIMONTHLY
This issue will ship with two covers.
Please see the order form for details.
This title is resolicited. All previous orders are canceled.