Ahead of the series’ February debut, DC has released a sneak peek at their new Amethyst series by Amy Reeder. Most current readers will know the Princess of Gemworld from her role in Young Justice, though she also had her own title back in the 1980s.

Check out the press release and images below:

“Gemworld is like every good dream I’ve ever had, with a few nightmares in between”

Following the character’s triumphant reintroduction in the pages of Young Justice, the new Amethyst series from DC’s Wonder Comics follows teenager Amy Winston, a.k.a. Princess Amethyst, eager to return to her magical kingdom. Instead, she finds it in ruins, her subjects vanished, and none in the realm of Gemworld still loyal to her house. To solve this mystery, restore House Amethyst, and save her family, Amy must find new allies and confront dark secrets on a deadly quest to the farthest reaches of Gemworld.

But it wouldn’t be complete without new friends to share it all with. With the help of Phoss, a four-armed warrior, and Maxixe, a stubborn prince, Amy comes to realize that what’s good and bad in Gemworld is not always crystal clear.

Amethyst #1 (of 6)
Story and art by Amy Reeder
Covers by Amy Reeder and Stephanie Hans
Lettering by Gabriela Downie
In Shops: Feb 26, 2020 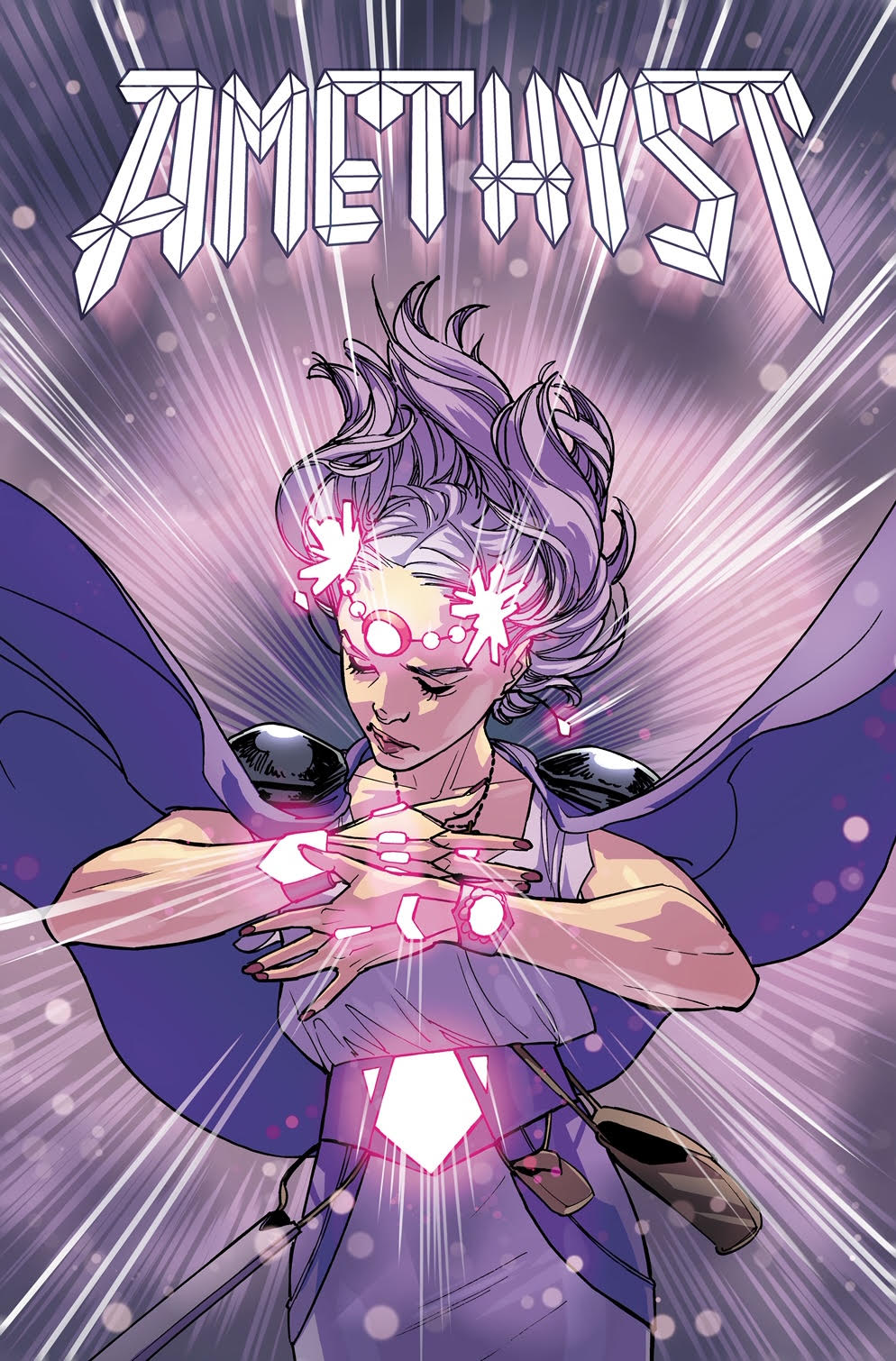 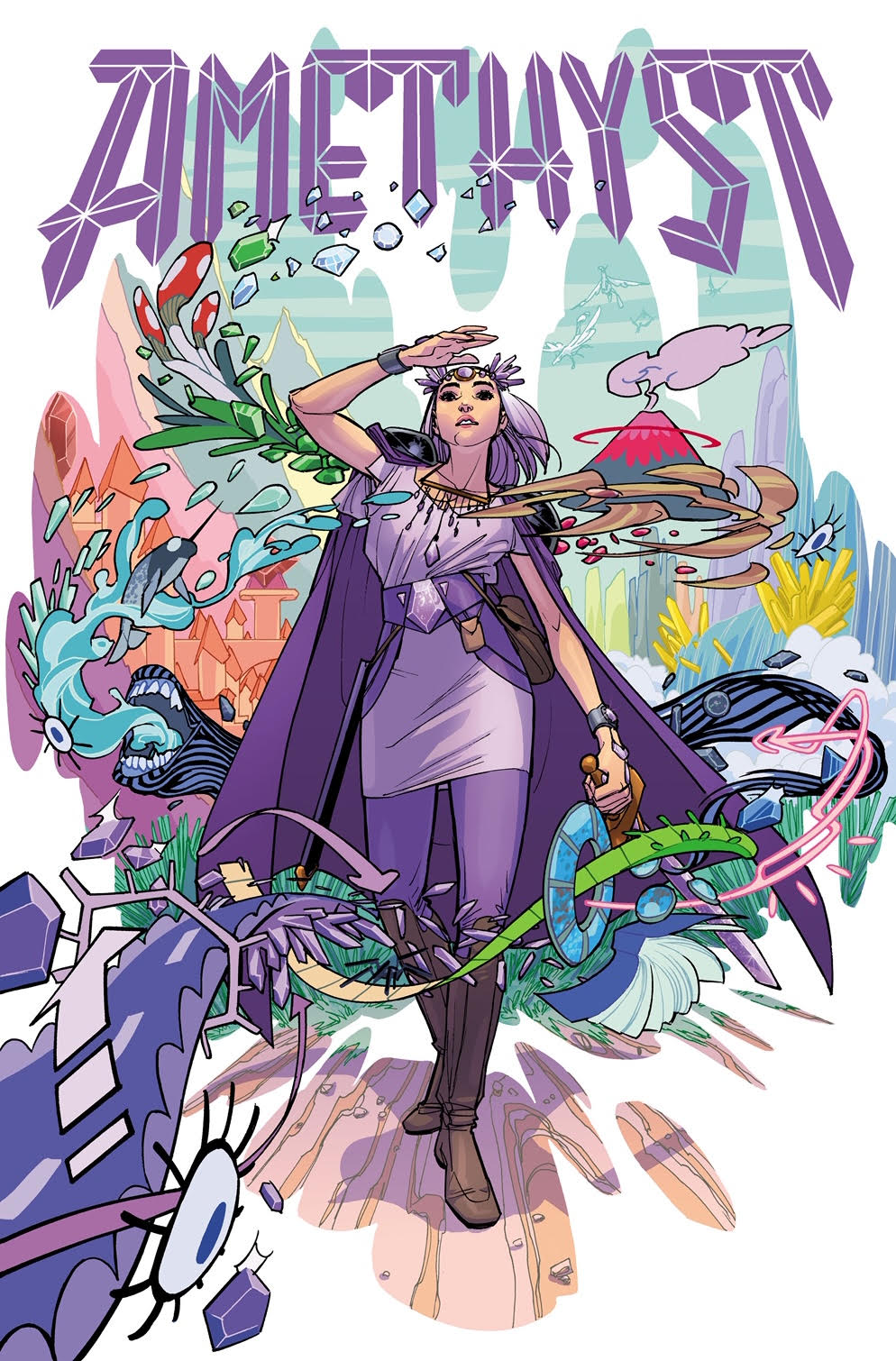 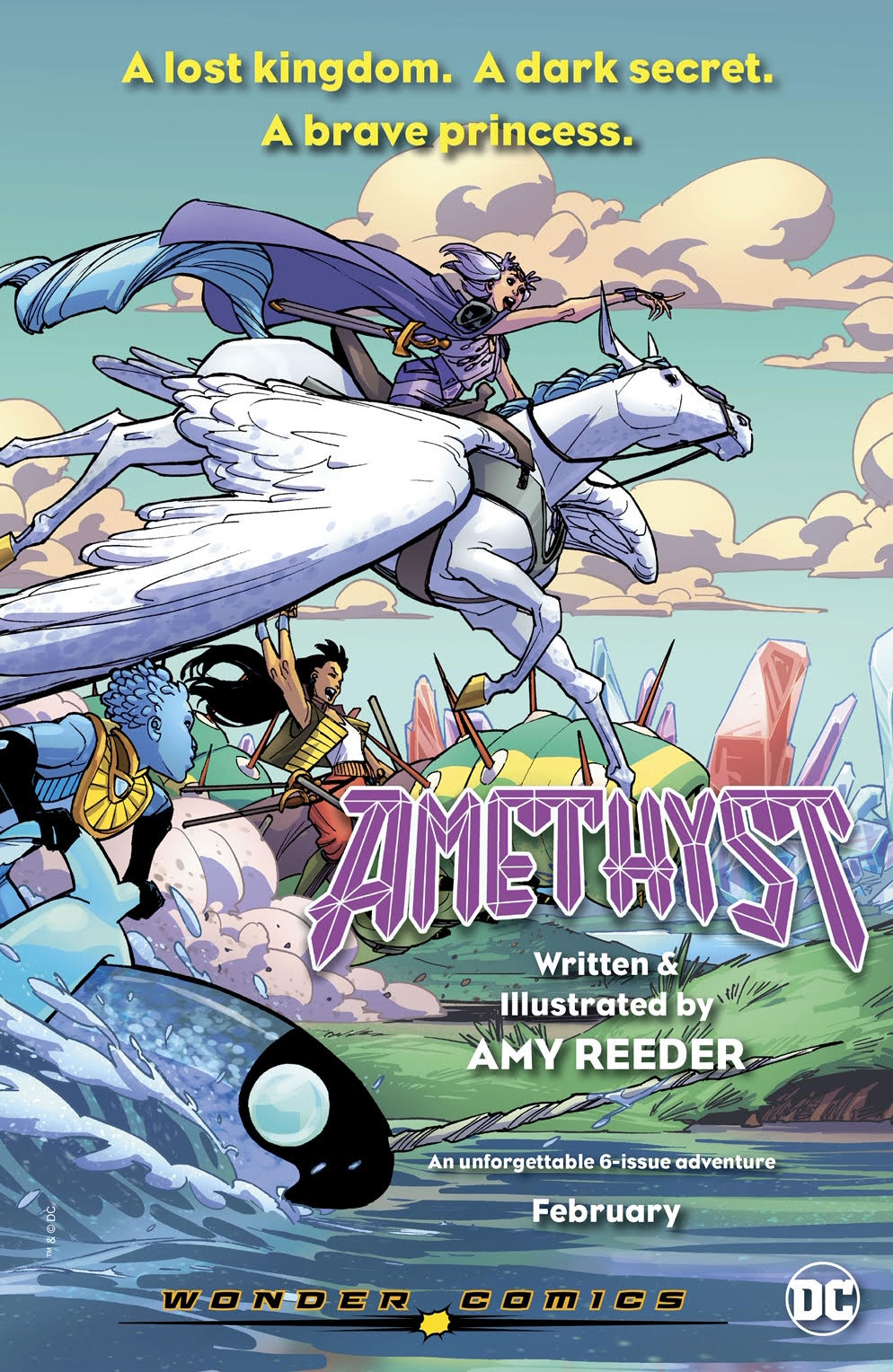 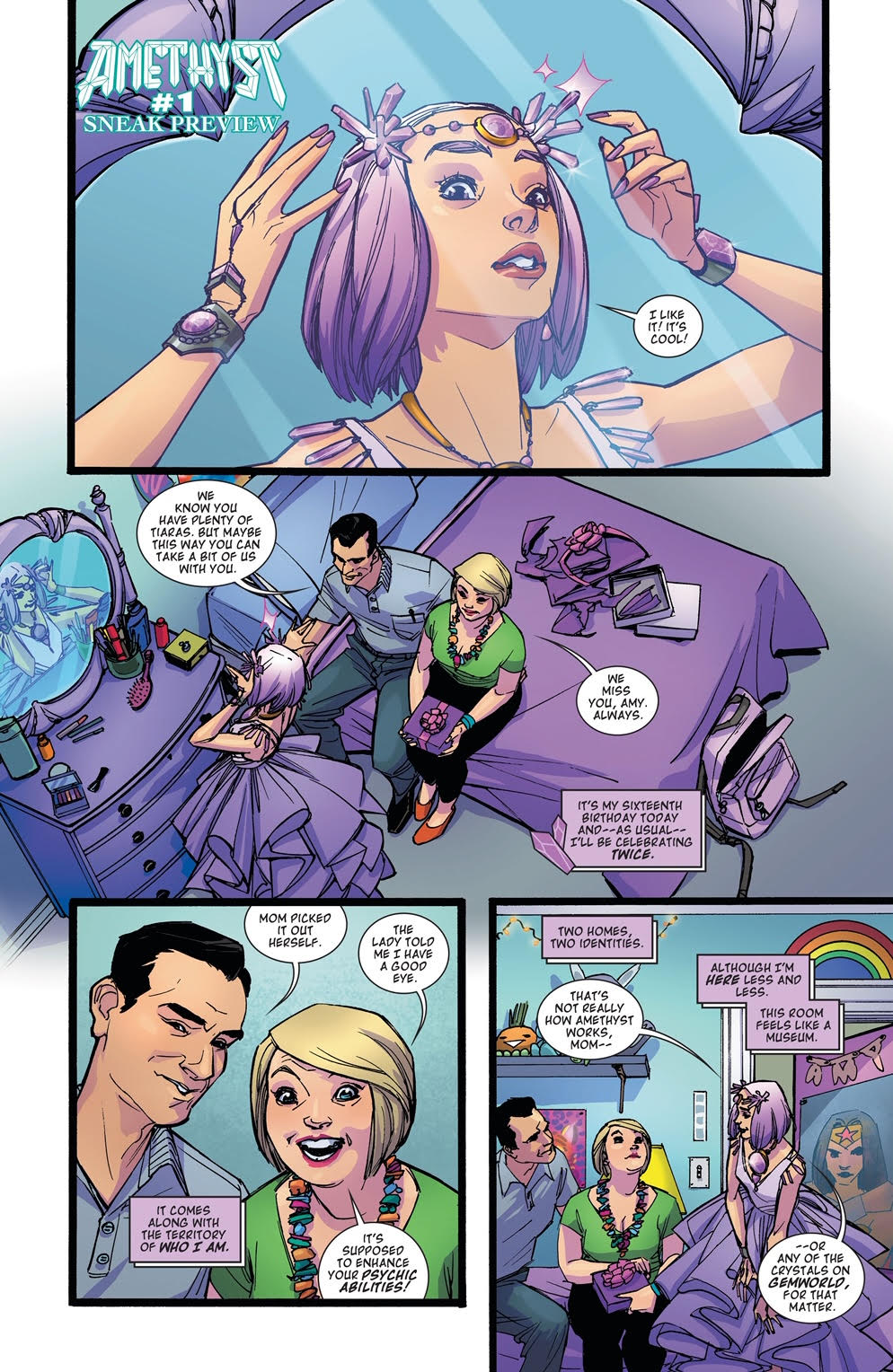 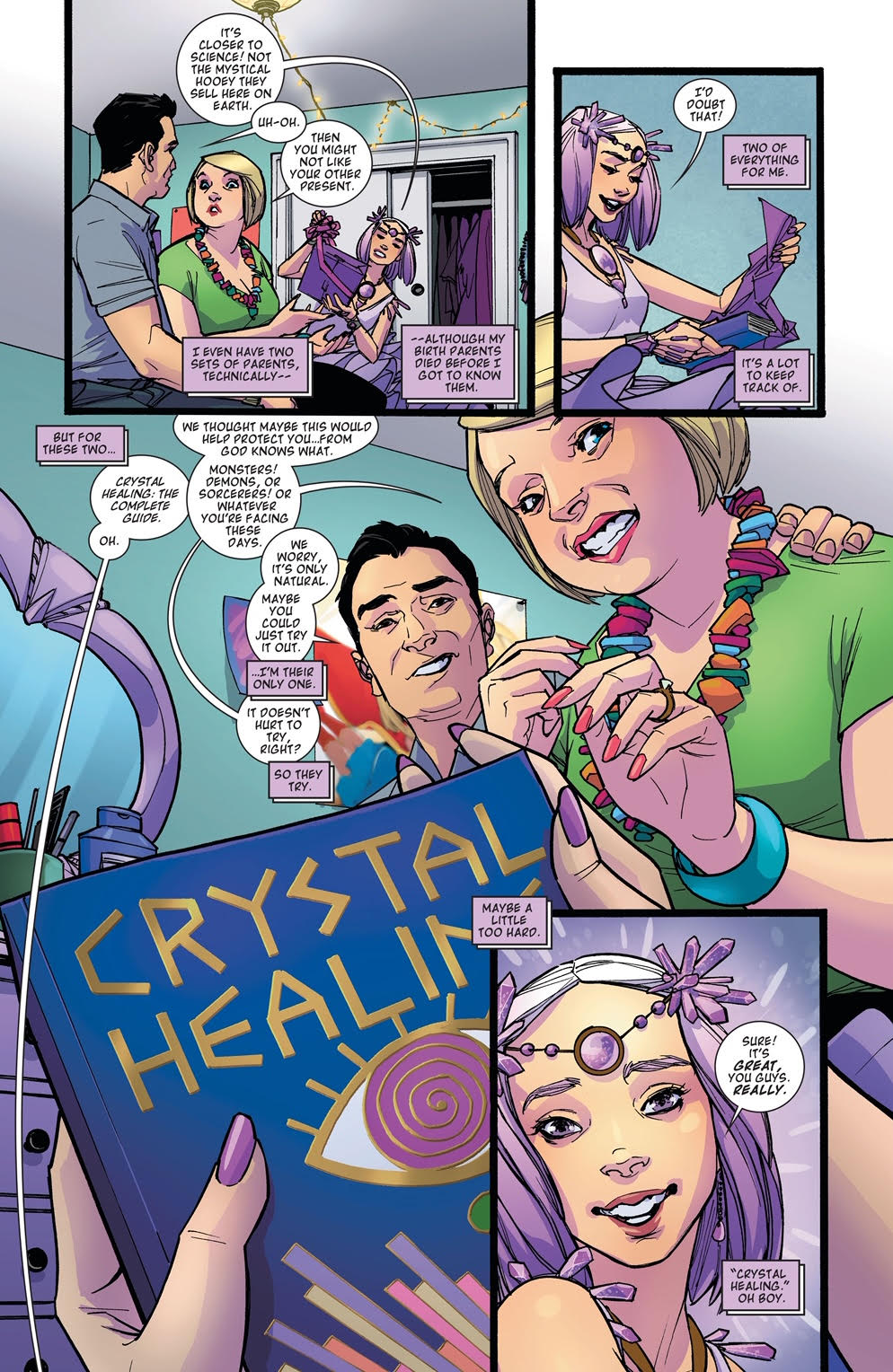 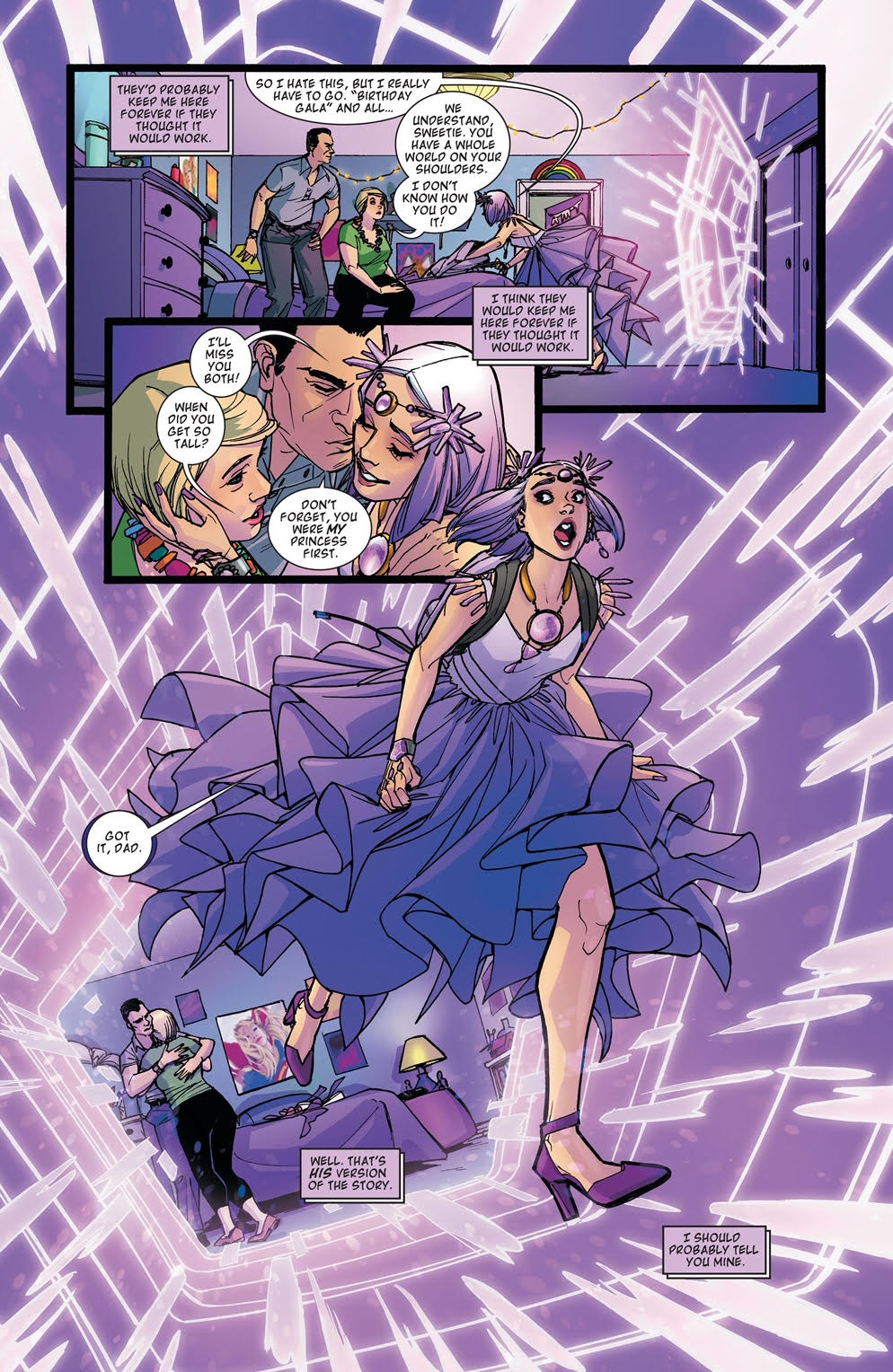 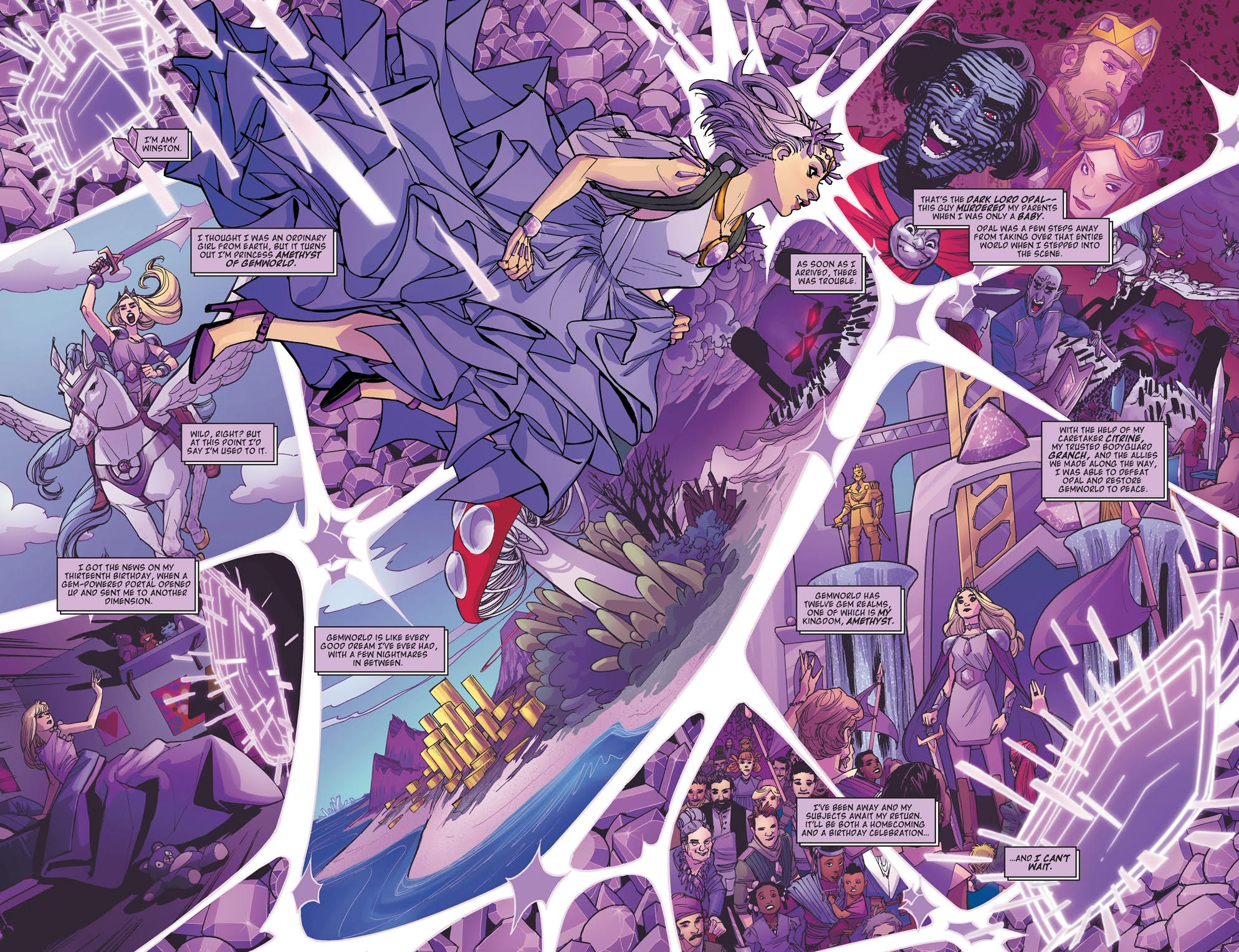 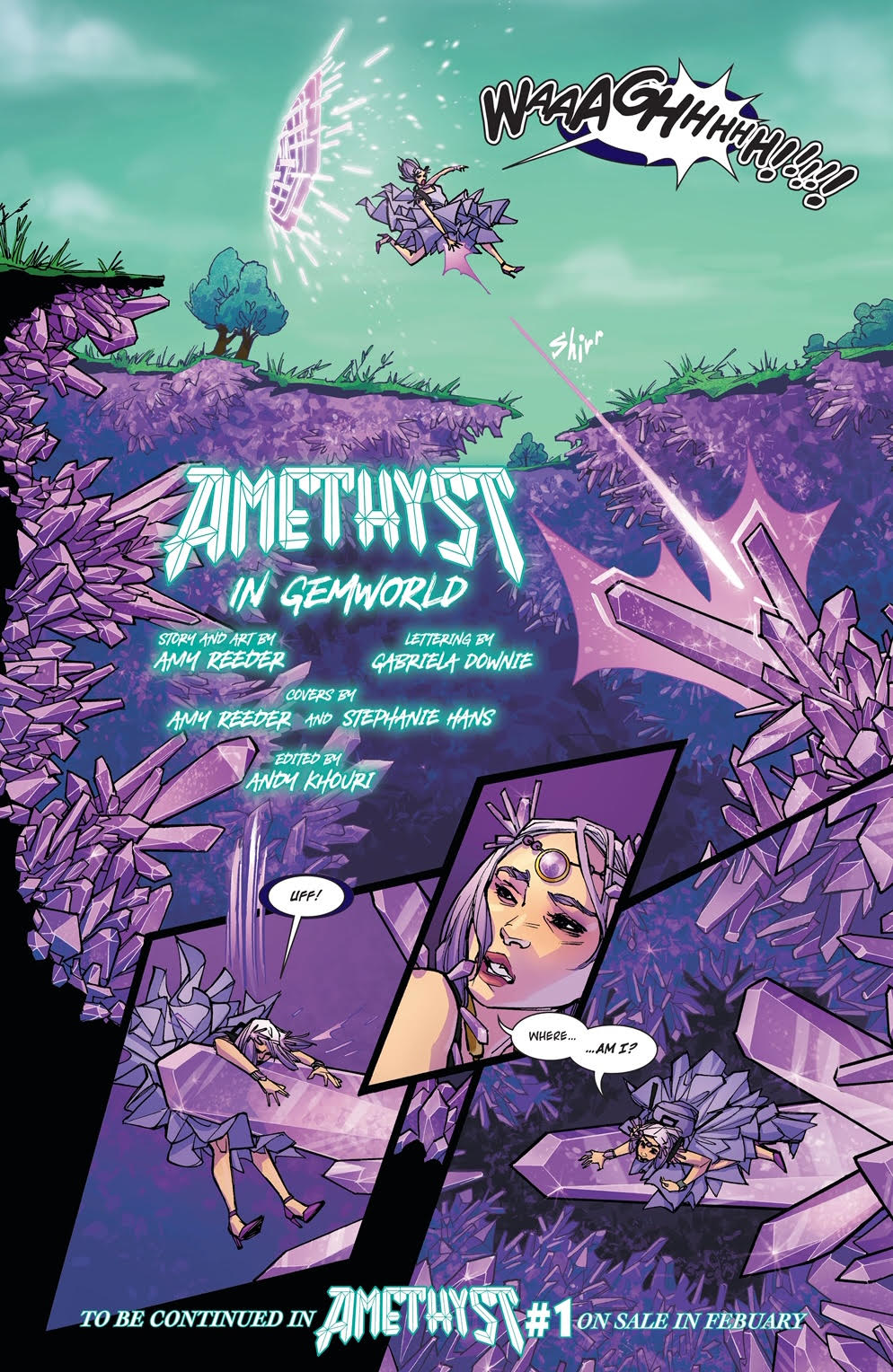 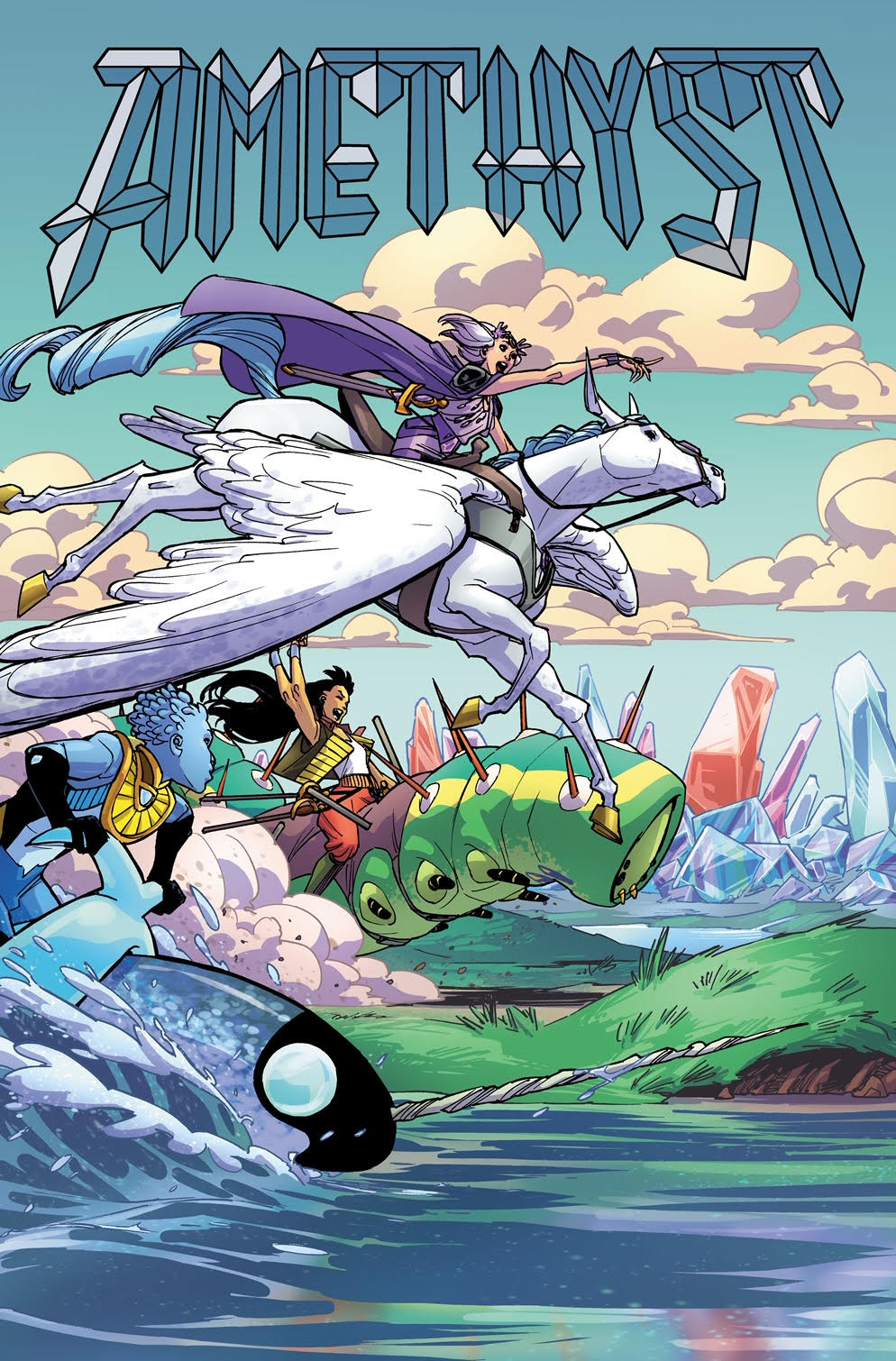 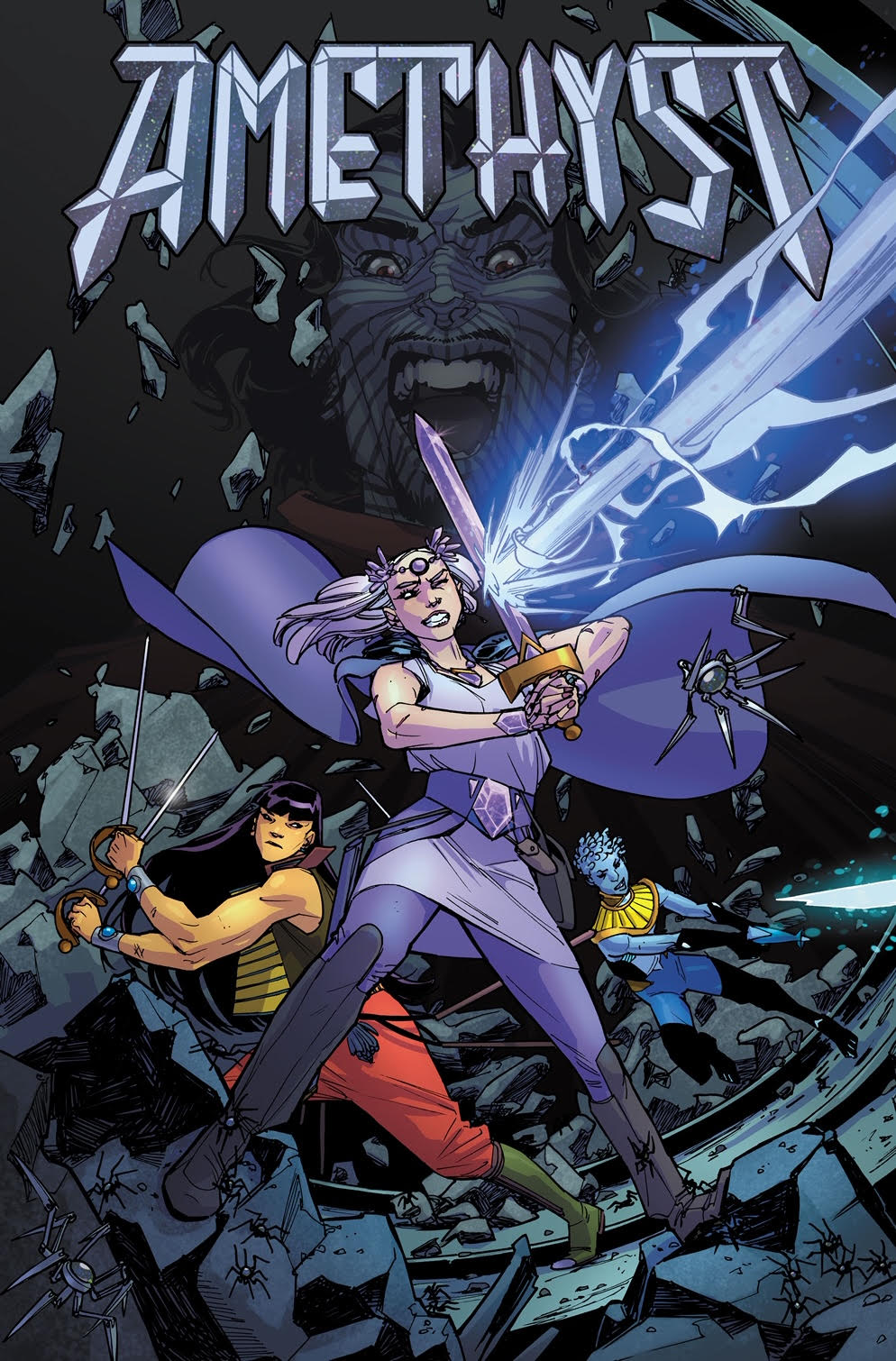 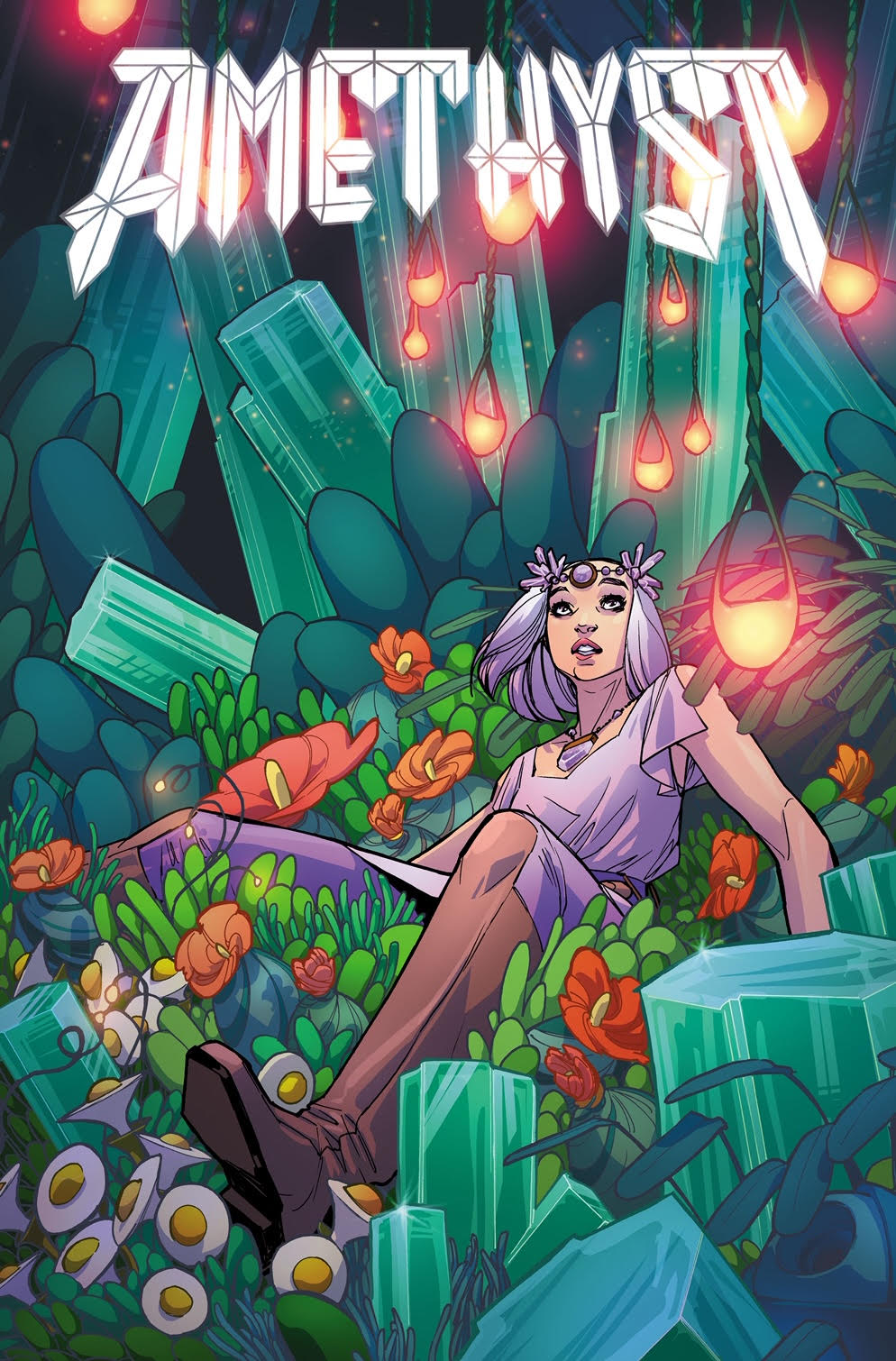