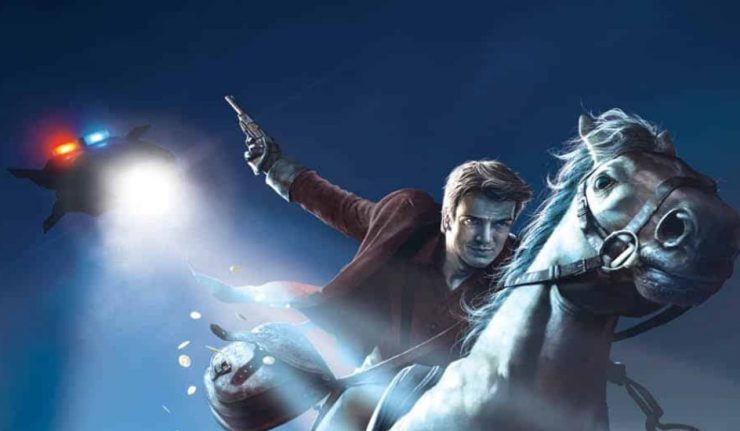 Firefly #12 brings to end the battle between the Unifiers and Browncoats. Mal and Boss Moon’s tenuous relationship is put to the test. Kaylee has to make a decision of the heart. Jayne gets mad. Ma Reynolds does too. Inara proves that she is the smartest person in the verse. Although, we already knew that. The Tams and Book sit this final chapter out, which is too bad, but understandable. Year one of Firefly has come to an end.

At one point in Firefly #12, Mal and Zoe get into disguises. While that is pretty funny, Pak’s dialogue makes this whole scene hysterical. The best thing Pak has done with his run on Firefly is that he has leaned in to the humor of the source material. The jokes come at just the right time and they are always funny. This issue is no exception.

The artwork done by McDaid is on point. The reason the jokes landed on the show was because the actors were all so damn good. Here, McDaid is tasked with getting those jokes to resonate with a smirk or a frown. He has to express Kaylee’s exuberance and Jayne’s cantankerousness and he does so with perfection. While the characters don’t look exactly like the actors, they have their mannerisms and they wear their clothes. Below is one such perfect example. Bravo Mr. McDaid. You are a Big Damn Hero.

There were some loose ends that did not get tied up in this first year. I suppose that is a good thing because it means the series continues. However, when the cast team is not tucked in close, the story is harder to follow as we are picking up on actions from three issues ago. This 12 issue run Firefly would have been an excellent 2 part show. Luckily, I have the whole series, so I can go back and read them all now, in a row. I suspect it will help with some of the clunkiness.

Just when you think the crew of Serenity are going to settle down for a few, the next big mission is laid at their feet and what a mission it is. As Mal says on the final page, “Hoo Boy.” Things are going to be crazy. I looks like Greg Pak is back on board for the next adventure, so take me out, to the black, tell them I ain’t coming back. 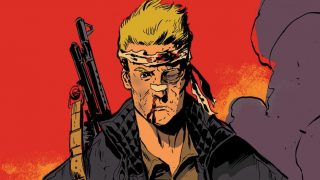 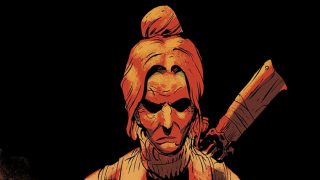