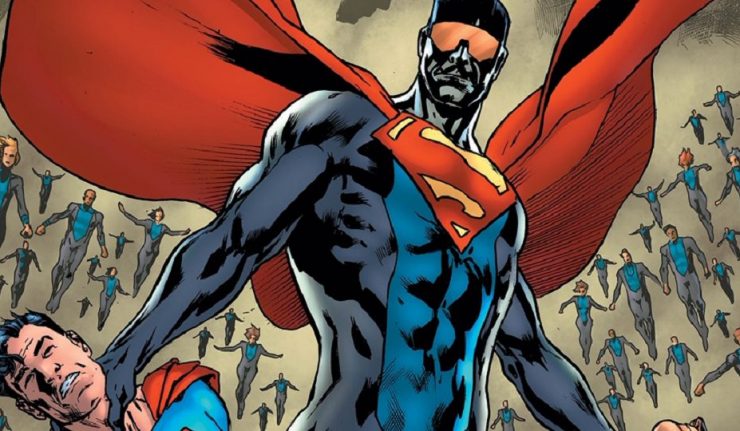 The Eradicator + Daxamites = a threat designed to take down Superman ( and the entire Justice League if they get in the way) once and for all in this first look into JUSTICE LEAGUE #41!

Just ahead of Justice League #40 hitting shelves on February 5th we have got a first look into Justice League #41 to see how the Flash, Wonder Woman, John Stewart and the team are handling this attack on Earth—the home of the last son of Krypton! Attached pages are by Aaron Lopresti, Matt Ryan and David Baron. Cover is by Bryan Hitch. Thanks for taking a look!

The always amazing folks over at DC sent this below preview to us for immediate release:

The Eradicator and His Supermen Continue their Assault on the Justice League!

Eradicator and his strike team of enhanced Daxamites sweep across Earth with devastating consequences! The Justice League finds itself battered and overwhelmed by an enemy more powerful than even Superman. Batman and Green Lantern plan a counter assault, but it can’t work without the Flash, whose connection to the Speed Force has become unpredictable—and possibly fatal. With the team at half-strength, will it be enough to hold their enemies at bay?

Check out this first look at pages from Justice League #41 by Aaron Lopresti, Matt Ryan and David Baron!

Justice League #41 is written by Robert Venditti, featuring art by Aaron Lopresti and Matt Ryan, with David Baron on colors. Bryan Hitch is providing the cover art. You can pick it up at your local newsstands and neighborhood comic book shops on February 19, with final orders due by January 27. This issue carries a $3.99 cover price. 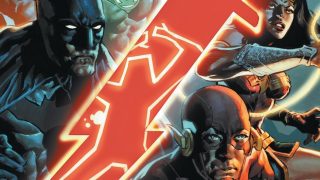