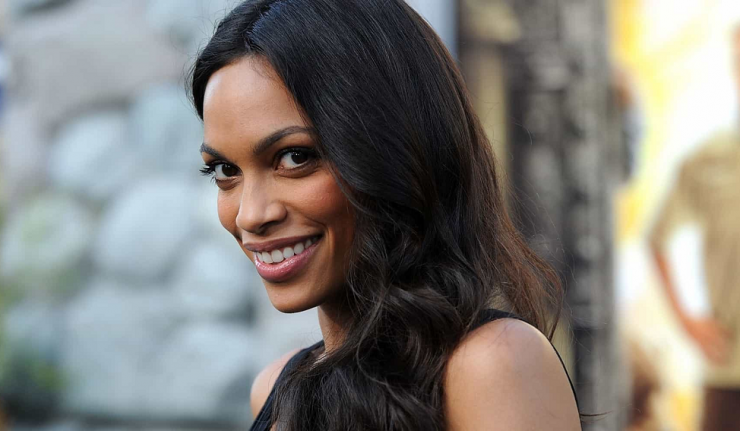 Rosario Dawson has been hired to play lead Alma Ortego in the upcoming HBO Max adaptation of DMZ to be directed by Ava DuVernay, the Hollywood Reporter has reported.

The pilot, based on the highly praised Vertigo comic about New York becoming a Demilitarized Zone after a second American Civil War, has no production start-date set as of this writing. Originally inspired by the events of September 11th, the original DMZ comic was written by Brian Wood and featured art by Riccardo Burchielli. It took place in a Manhattan that utilized the island as the middle ground between two warring parts of the United States.

Searching for her son in a highly violent landscape, Alma must learn to survive among the different factions operating within the lawless island. Since her character within the story is a medic, her efforts to cure those ailing will serve as inspiration to others.

Rosario Dawson’s DMZ will not be HBO Max’s only DC Comics adaptation, HBO Max is also working on a Green Lantern tv series. This won’t be the actress’s first go-round as a medical professional in a comic book tv show, as she played Night Nurse Claire Temple in the Netflix Marvel adaptations of Daredevil, Jessica Jones, Luke Cage, Iron Fist and the Defenders.

The comic is being adapted by Westworld’s Robert Patino, who will also be the showrunner. Warner Bros. TV and DuVernay’s own Array Filmworks are producing the pilot, while DuVernay and Patino will serve as Executive Producers. Dawson will be starring in the USA Network’s Briarpatch, which premiers in February. She has lent her voice to a few other DC related productions in the past, such as the LEGO Batman movie as Barbara Gordon and Wonder Woman: Bloodlines, in which she played Wonder Woman / Princess Diana herself.

HBO Max is a subscription video on demand streaming service, launching in May of 2020.