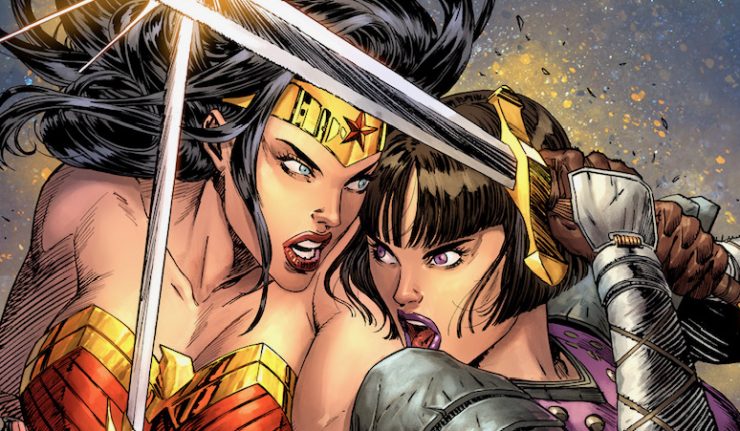 Wonder Woman #752 will begin a new story arc that will feature the villain known as Warmaster. Although this villain has been around for decades, this current iteration just had her origin revealed late last year.

Wonder Woman is set to kick off a new story arc that will feature for the first time a villain that is undergoing a massive retconing. Paula Van Gunter, aka the Warmaster, will be featured in her first major story arc since being reintroduced back in the pages of Wonder Woman Annual #3.

If you haven’t had a chance to read that issue, I would strongly recommend you check out DCN’s review of the issue here. In that issue it was revealed that the character known as Helen Paul, an agent of ARGUS and friend to Wonder Woman, had a secret past.

It was revealed that the character actually came from long line of Valkyries, sworn enemies to the Amazons. With this knowledge, Paul changed her name to Paula Van Gunther and adopted the moniker of Warmaster.

Although the character was originally created by Wonder Woman creator William Moulton Marston decades ago, the new version has only emerged recently in the current continuity. The current version was developed by Steve Orlando and V. Ken Marion.

Steve Orlando will be penning the issue that will have Warmaster as the main villain for the first time since reemerging in the DC universe. For more information, check out the press release down below alongside preview images.

The Secret Origin of Warmaster Revealed

Wonder Woman must stop Valda, a time-displaced knight from causing chaos in Boston. But the real question is: Is Valda friend or foe?! Plus: The secret origin of Warmaster revealed!