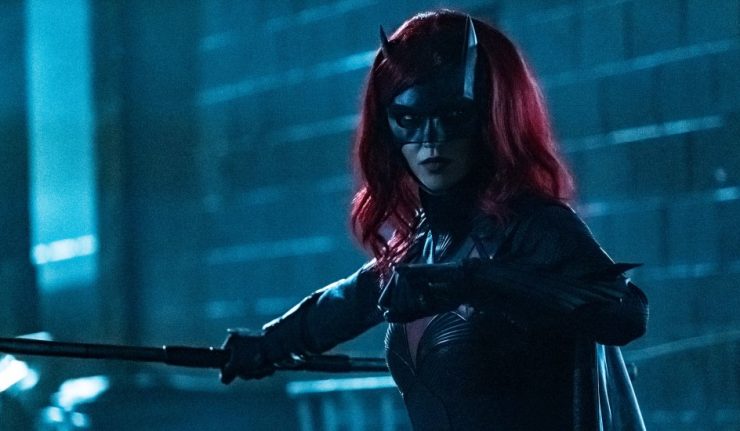 There’s a mysterious villain on the streets of Gotham. And this particular villain has a taste for blood! As the body count starts to pile up, Batwoman finds herself chasing what she thinks is a vampire. Actually this new villain Nocturna is actually something else entirely.

It seems like the writers of Batwoman must’ve read my last review because in episode 1×13 “Drink Me” we’re introduced to a new villain–Nocturna. I actually enjoyed her introduction in this episode. Preying on some of the wealthy in Gotham, Nocturna can’t be caught by the Crows or Batwoman. Kate in a desperate attempt to catch the villain, throws a lavish party hoping to draw her out–and it works all too well. Another event that I enjoyed was the revelation of Batwoman’s secret identity by Mary. I was too excited when she finally put things together from the previous episodes. Mary has already helped Batwoman numerous times, and I was wondering why Kate never revealed her identity in the first place. I don’t know however if Mary is either shocked–or mad by this reveal. Kate’s been lying to her for months now, so if Mary is mad, it seems completely justified.

My complaint about this episode however was the release of Jacob Kane from prison. As you may remember, Jacob is the leader of the Crows Security force–along with being Kate and Beth’s father. I’m not complaining about his release, but rather how fast it was. In the previous episode he was just in prison getting attacked. I found myself questioning Jacob the entire time here, as he fired Sophie his second in command. He fired Sophie for helping Batwoman against Nocturna. Sophie was one of the few people who believed Jacob had been wrongly imprisoned in the first place.

Overall I thought that “Drink Me” was a decent episode. The action scenes between Nocturna and Batwoman are great and I think Ruby Rose does a better job portraying her with every episode. My only hope is that we see Nocturna as part of an expanding gallery of rogues for Batwoman and not just a teaser for an episode.