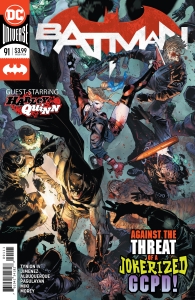 Batman #91: To save Gotham City, Catwoman will have to commit the greatest heist in the city’s history! But hot on her trail are the Penguin, the Riddler, a horde of assassins, and the master criminal called the Designer! And the most dangerous person standing in her way is the man she’s trying to save: Batman. And what complications will his arise from his new sidekick, Harley Quinn?

Batman #91 opens with the Joker explaining his own role in the current story to an innocent bystander. We see this conversation from from the viewpoint of this otherwise unimportant character. Tynion uses this neat little gimmick to have the Joker address the audience directly, without outright breaking the fourth wall. This is a neat device to impart some exposition in an interesting manner.

The Joker recaps the story of the four villains’ deal with the designer, couching it in terms of a story about how the Devil offered a deal four fairy tale characters. The Devil offers each what they most desire. However, when the Devil asks what the Jester wants, “…the Jester said to him… I want to be the devil. And then he killed him”. 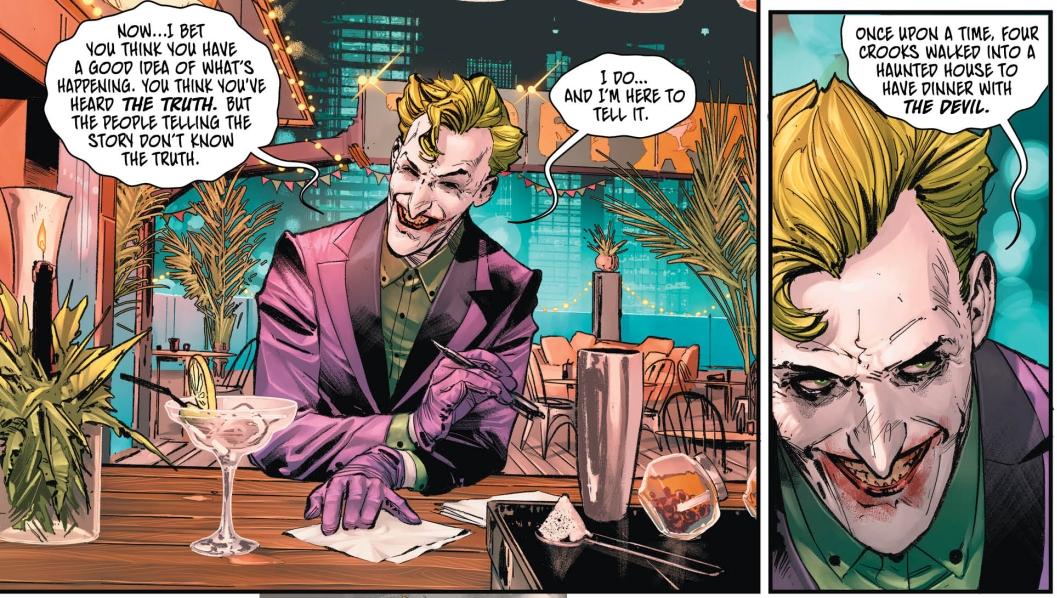 It was interesting to see Batman try the unlikely tactic of convincing Deathstroke logically to back out of his conflict. Unfortunately, Deathstroke seems honour-bound to fulfill his contract with the Designer. However, the Designer doesn’t reciprocate, and Deathstroke is willing to pitch in with Batman once he realizes he’s not getting paid. It will be interesting to see if Deathstroke will cut his losses once the immediate threat is taken care of or if he will stick around and fight alongside Batman against the Designer and/or the Joker.

Catwoman also has her own interesting idea on how to protect Bruce Wayne’s fortune. Instead of attempting to prevent the Designer from carrying out the plan, she tells Harley Quinn that, “I’m going to steal it first”. This might actually be an ingenious method, considering that the plan was conceived for Selina to carry out. It remains to be seen if she will be successful, but I am sure that the attempt will prove to be an exciting story.

Batman #91 ends on a cliffhanger promising a confrontation between Batman and the Riddler But whose side is Riddler on? He appears to be working with the Designer, but given the clues he dropped earlier for Batman, he might just be playing along. But will he ally with Batman against the Designer or is he playing his own game?

Tynion has given this storyline an awesome set-up, and now we are getting to the thick of it. If he can maintain the same level of storytelling evident in the story so far, then I will have no complaints. Going by his past work, I have no worries that he will go off track now. 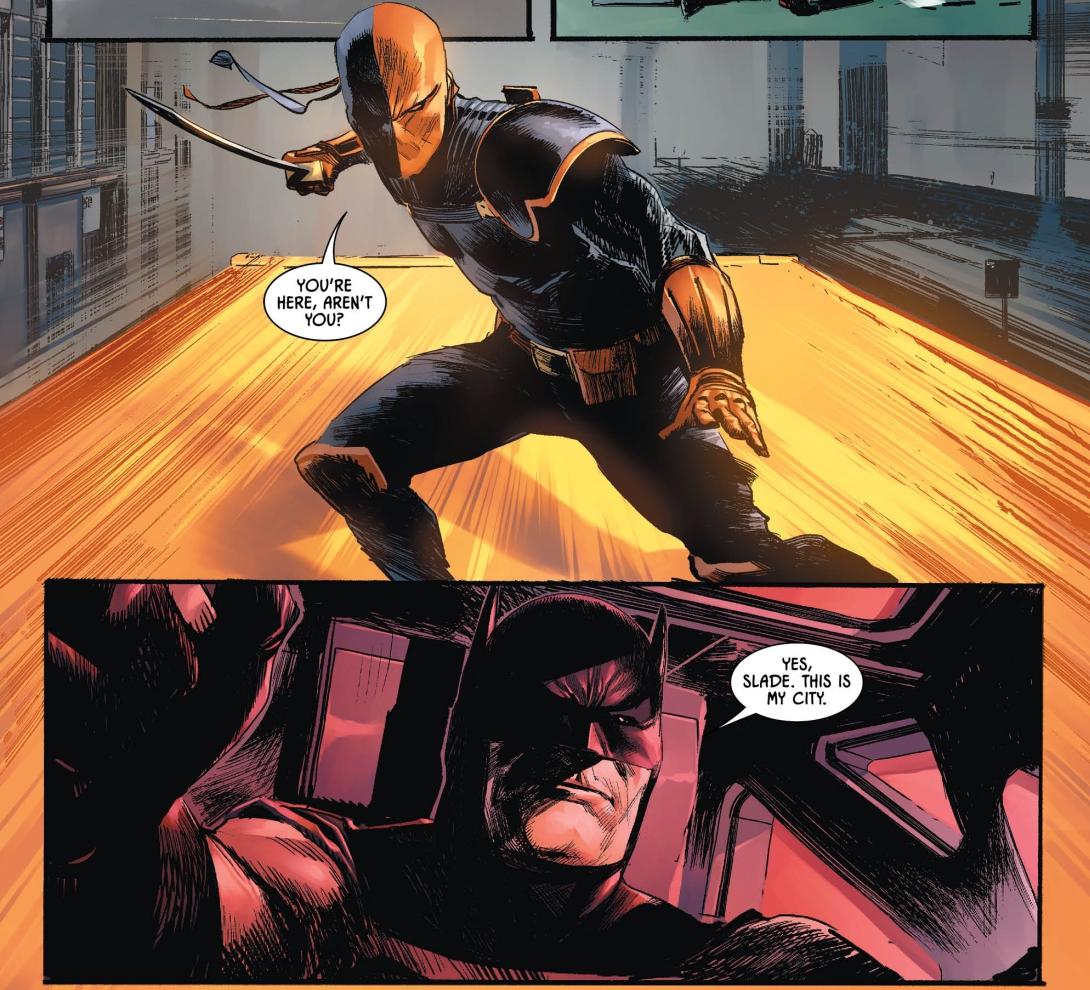 Tynion’s run on Batman is proving to be an action-packed, fast-paced story that is the kind of Batman story that I love reading. He is especially making great use of Batman’s classic rogues gallery. I have no doubt that “Their Dark Designs” will be acclaimed as a classic Batman story.

The Batman Halts Production Due To Coronavirus Concerns