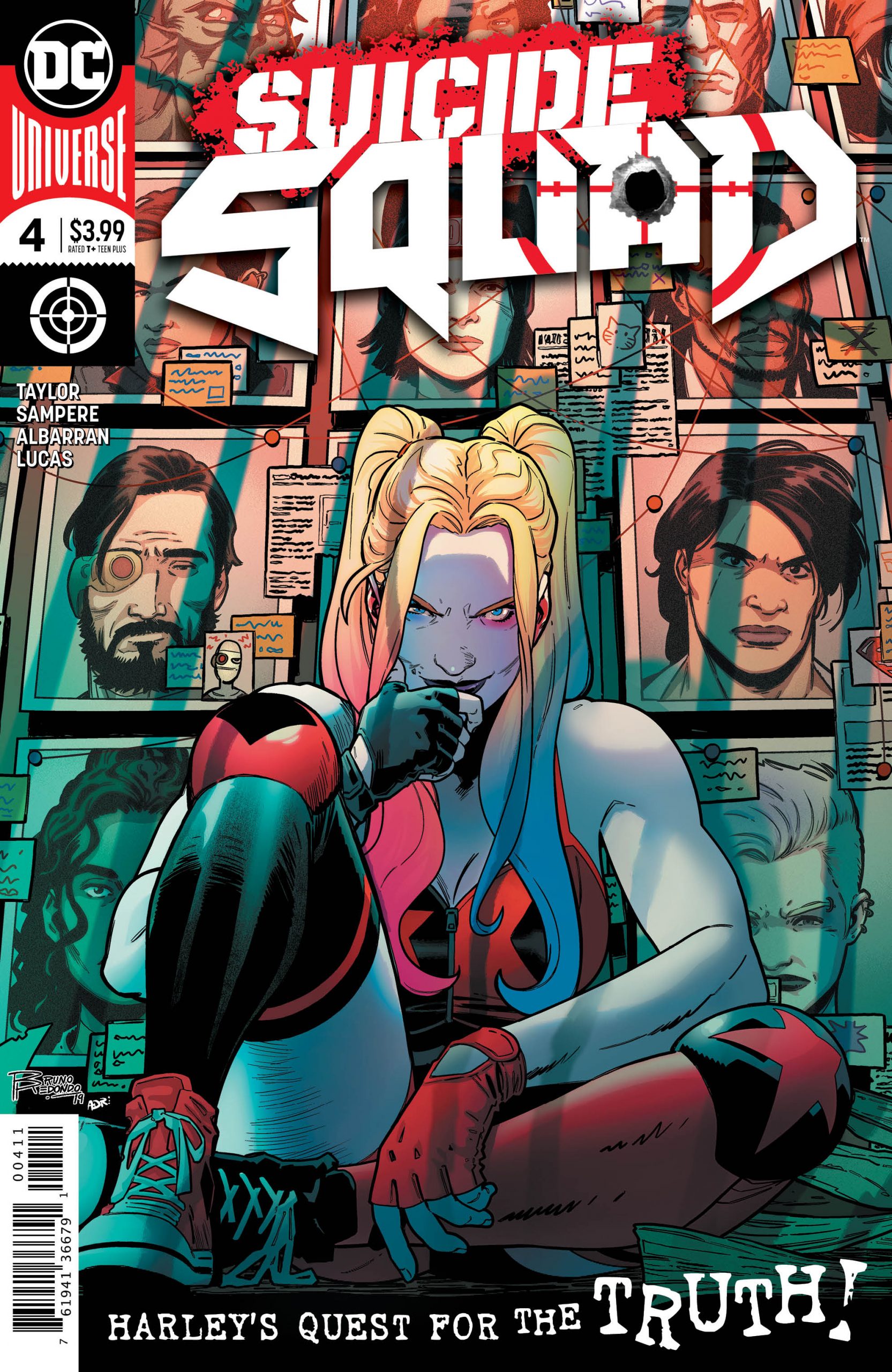 Suicide Squad #4 begins with the chaos of Task Force X’s first mission behind her, Dr. Harleen Quinzel launches a psychological investigation into the current residents of Belle Reve-and when the infamous Harley Quinn is worried about someone else’s mental health, you know there’s a problem! What does Deadshot know about the machinations of their deadly new teammates, the Revolutionaries? Who are the Revolutionaries, where did they come from, and why do they hate superheroes so much? Careful, Harley-sometimes when you dig too deep, the monsters come crawling out… 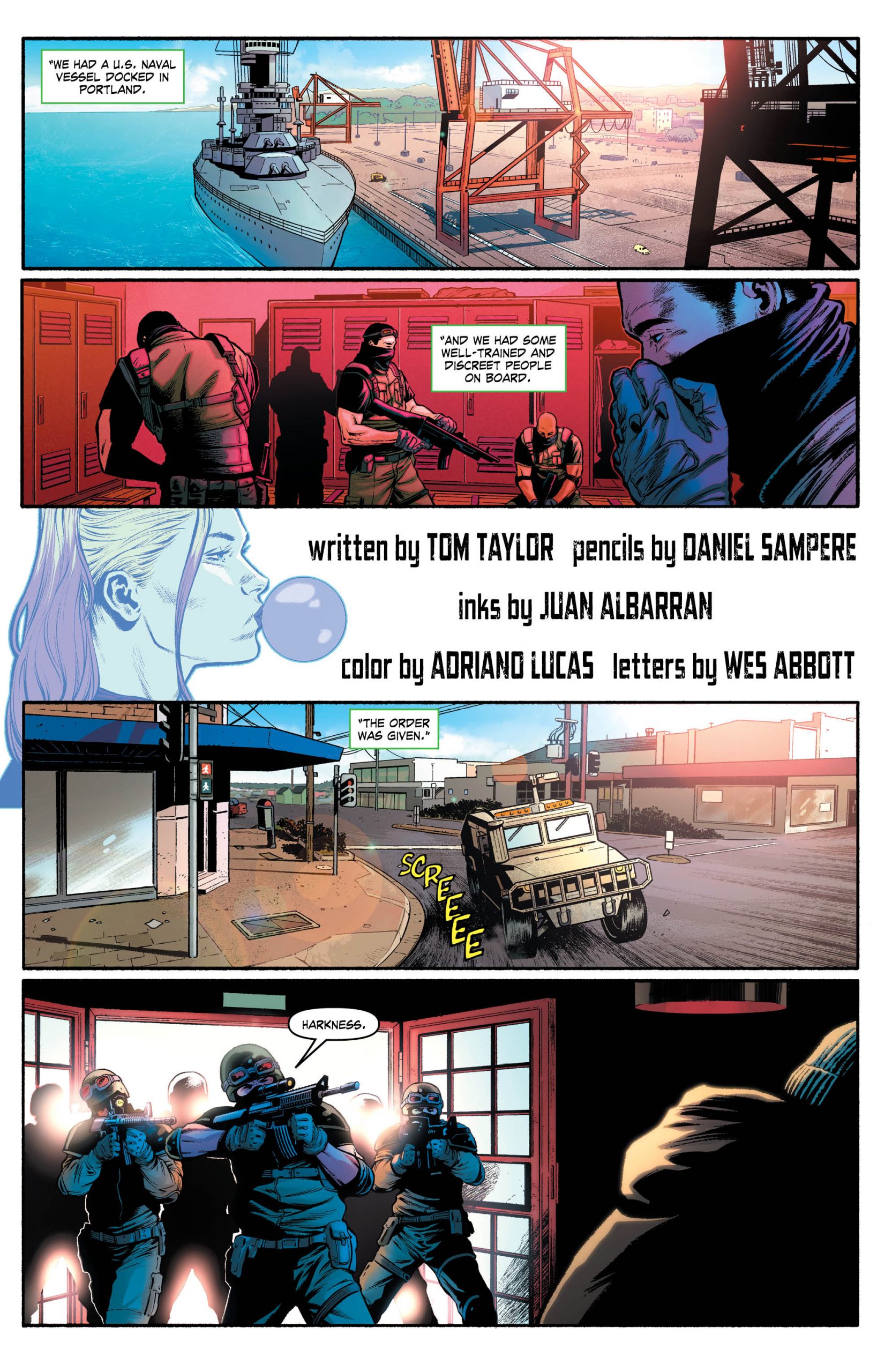 Suicide Squad #4 featured a new art team. Daniel Sampere and Juan Albarran have teamed up to the pencils and inks respectively. It is an excellent addition. This book is busy and full of too much stuff. Daniel Sampere and Juan Albarran have decided to make sure that every overstuffed page looks beautiful. The action scenes are glorious. Thier take on Digger is spot on. The bandage on his nose is a lovely touch. The colors by Andrino Lucas add the final layer of awesome. This is really a pretty book. It can be hard to see it all, but it is there. Take your time and look at this world. You can feel the bullets wiz by. You can smell the stale beer. It is something. 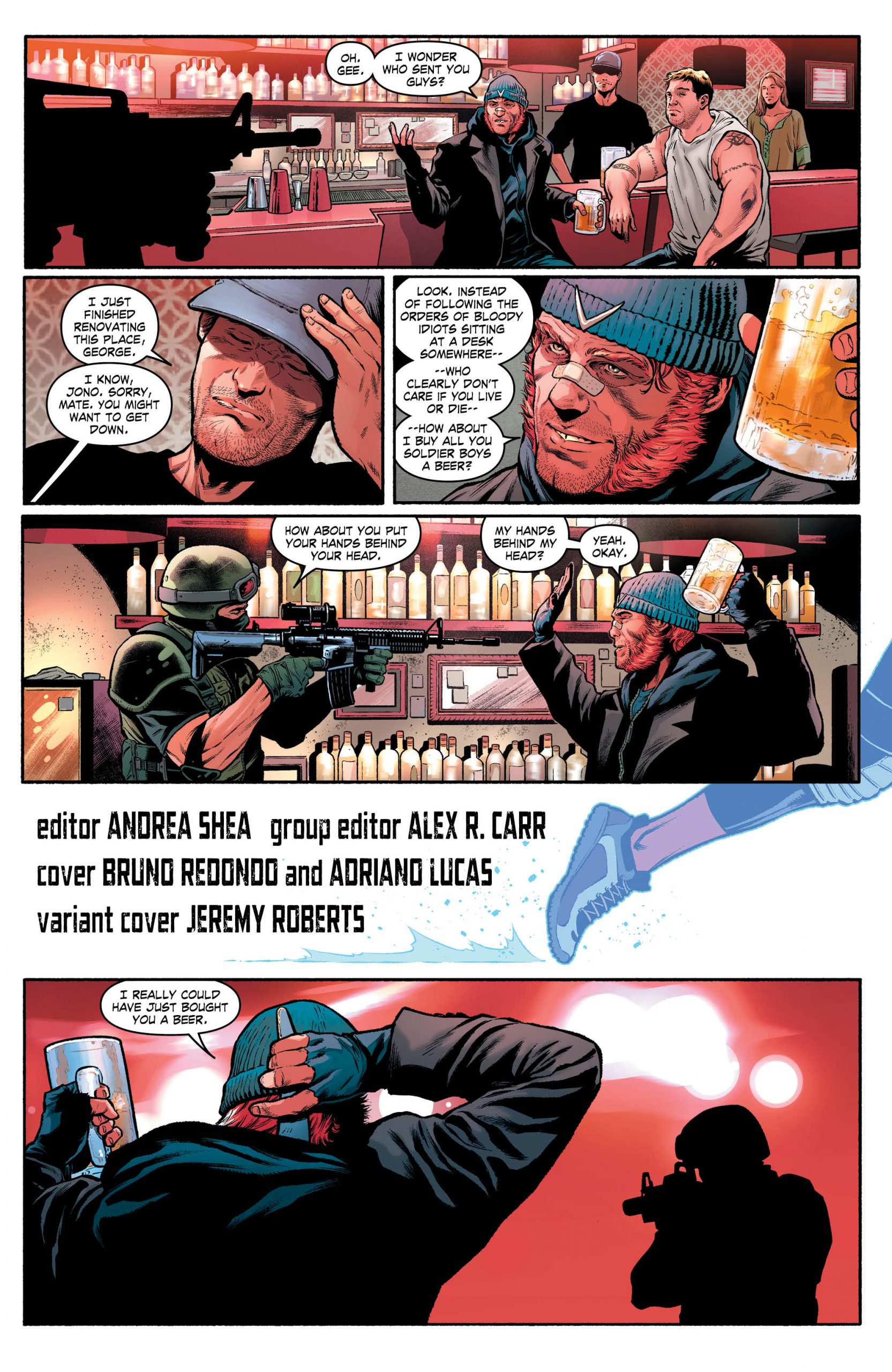 This book is full of explaining. Some of it is mansplaining, but most of it is just explaining. Yes, Harley allows Harleen to take control in this issue, so of course there will be some therapeutic stuff happening, but man this is cumbersome. It is only issue 4. It is OK to let things simmer for a while. Sure, there are some things we need to know, but maybe it could have been done with some flashbacks instead of storytelling flashbacks. It seems a bit forced. Also, this team is just too big.

It could be that the first three issues of this new run represented Tom Taylor finding himself. This new run arc has a bit more promise. Of course, adding Digger back into the mix is always a great idea. I know I shouldn’t feel this way, but he has always been my favorite Rogue and member of the Squad. I have hopes. Now that we have everything explained to us, maybe we can let this story unfold. Also, maybe we will lose a few characters. That could be good.