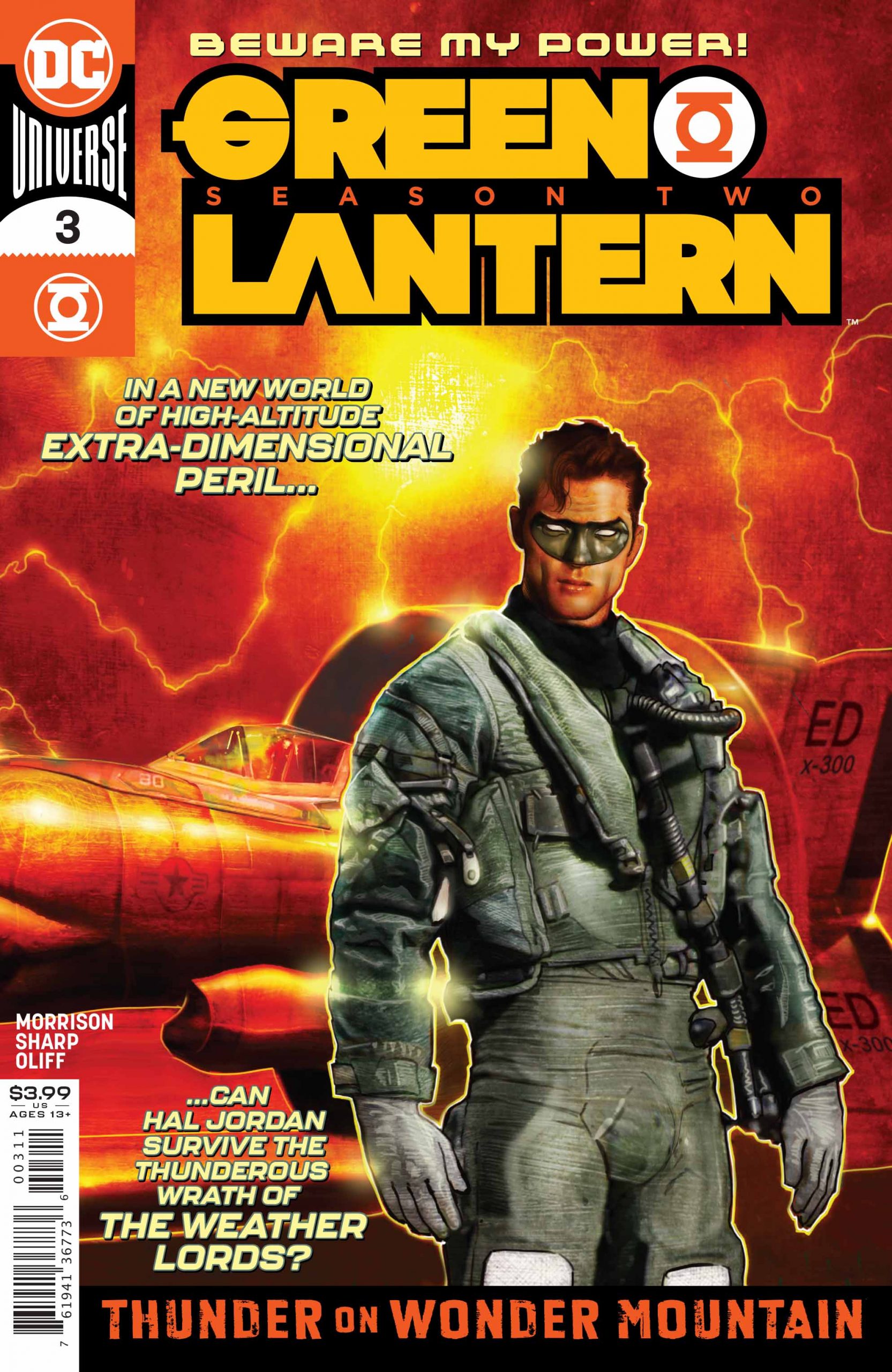 Trouble’s brewing as a California town is seemingly attacked from above, but isn’t it always the government’s fault?  Cue Hal Jordan..

Immediately noticeable is Liam Sharp’s more painterly approach to the art in this issue  While his work on this series and The Green Lantern has been excellent, this stylistic shift takes his to another level.  Besides being both lush and beautiful with a more nuanced approach to shadows and shading, he also is laying the story out with more cinematic framing and staging.  While I’ve often compared Sharp’s work to the EC Comics of the 1950’s, in this case, I’m reminded of Will Eisner and his placement of blacks as well as that cinematic approach.  Eisner is, was and always will be a master of sequential art, and it certainly seems like Sharp is doing his homework.

In “Season One” of The Green Lantern, Morrison used his knowledge of Silver Age (and earlier) DC Comics to bring in a number of characters/concepts probably long forgotten.  In The Green Lantern: Season Two #3, Morrison brings back some characters from the Geoff Johns era, “Cowgirl,” “Rocket Man,” and of course “Herc” Stone.  These characters immediately make the reader feel at home.  This acknowledges this era of Hal’s history as part of continuity.  When Morrison began his run on Batman back in 2006, one of the things he did was find a way to make “everything count” even the bizarre Batman of Zur-en-Arrh.  It’s part of Morrison’s modus operandi, and it is much appreciated.  It’s probably the strongest writing element of the issue.  However, …

Hal’s character roots as a test pilot and history in the Air Force are great character moments and affect the overall FEEL of the issue.  While it is an element of “everything counts” approach, character must come first, and this is the first issue of The Green Lantern: Season Two that excels at it.  Hal’s vow to never fly a plane with the ring is utilized and it not only feel right, but it accentuates that aspect of Hal Jordan’s character.  Perhaps, he’s a bit of a womanizing jerk who can’t make things right with the woman he loves (Carol Ferris?), but he is every bit Chuck Yeager! 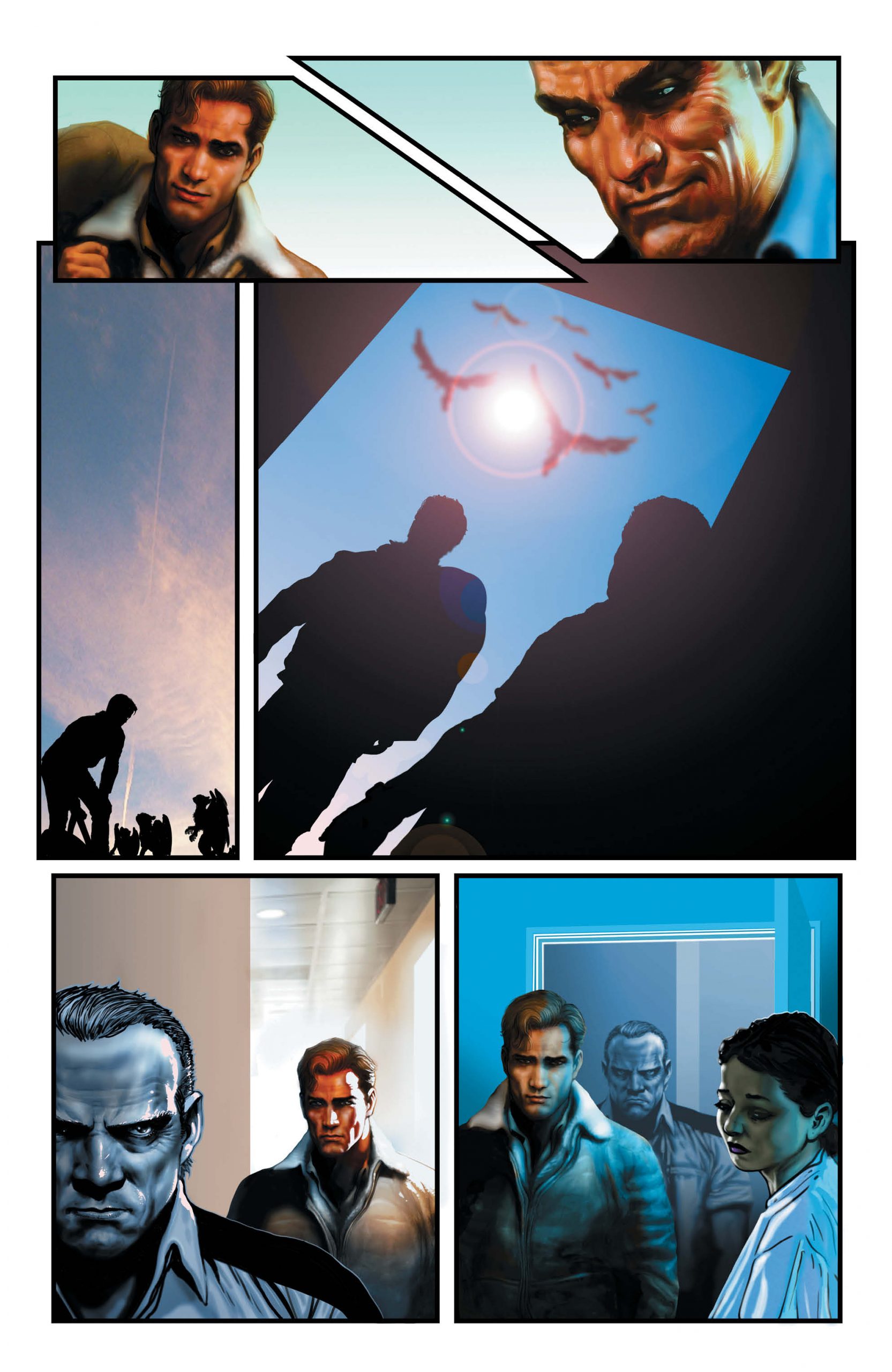 The birds are a little weird, but acceptable.  Oh, what birds, you ask?  Well, Hal’s picked up some tag alongs… 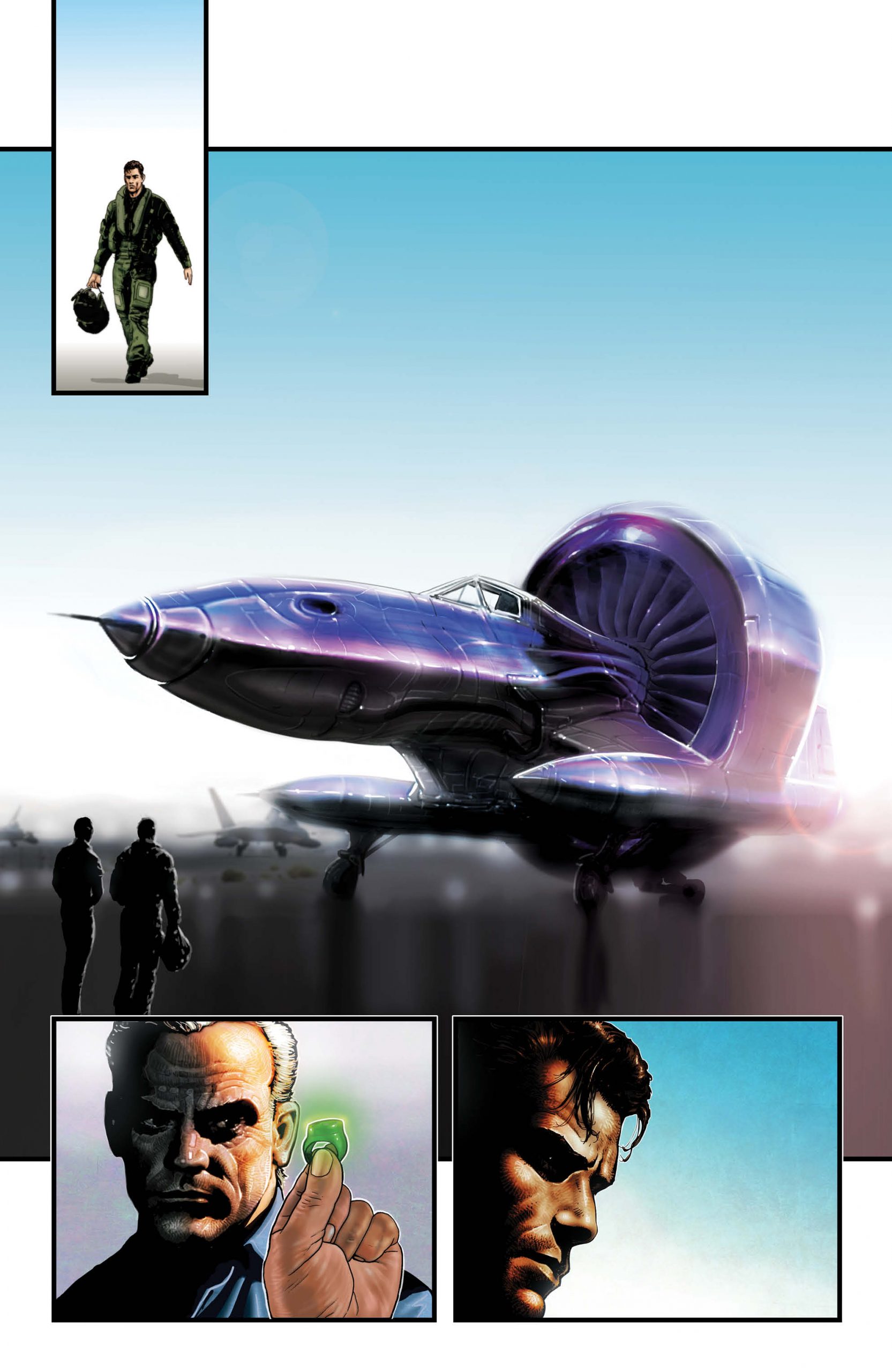 The Green Lantern: Season #3 tops the first two issues of the series easily.  Perhaps, it’s the more recognizable characters and familiar mileu of the Air Force Base so recognizable from Geoff Johns’ important run on the character.  More likely is Morrison’s more intimate tale of Hal returning to the scene of so many victories and defeats.  With that, comes the soul of the man who must reconnect with friends and colleagues.  Morrison really makes it his own, however, when he has Hal threaten “Herc” with arrest…Hal is a policeman after all…