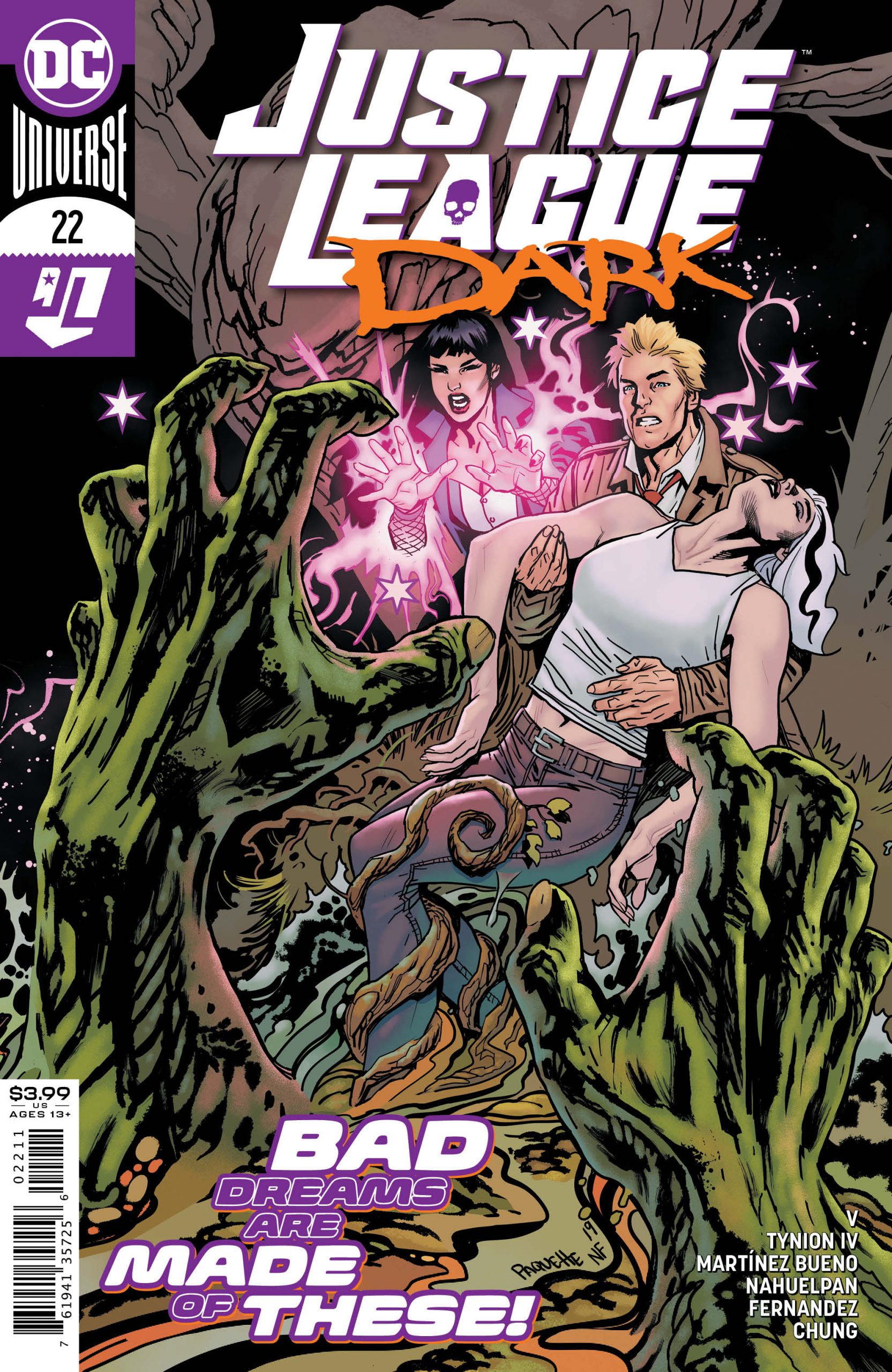 What dreams may come-we should be so lucky! Instead, the nightmares are here! Zatanna and John Constantine take a dive into the mind of Abigail Arcane to save her from the all-consuming Rot, while Animal Man must reach deep within himself to save Detective Chimp and Wonder Woman from the hordes of infected rot monsters. Minds, worlds, and lives hang in the (im)balance!

The cover by Yanick Paquette and Nathan Fairbairn is cool. It’s simple but effective. There’s a creepiness to it and it catches the eye.

The interior art is strong with an effective panel layout. The characters look good and there’s a strong vibrancy. My favorite art in this story has been in Abby’s dream world which featured a different style. In this, the two styles start to blend in a sequence which I thought was very cool. 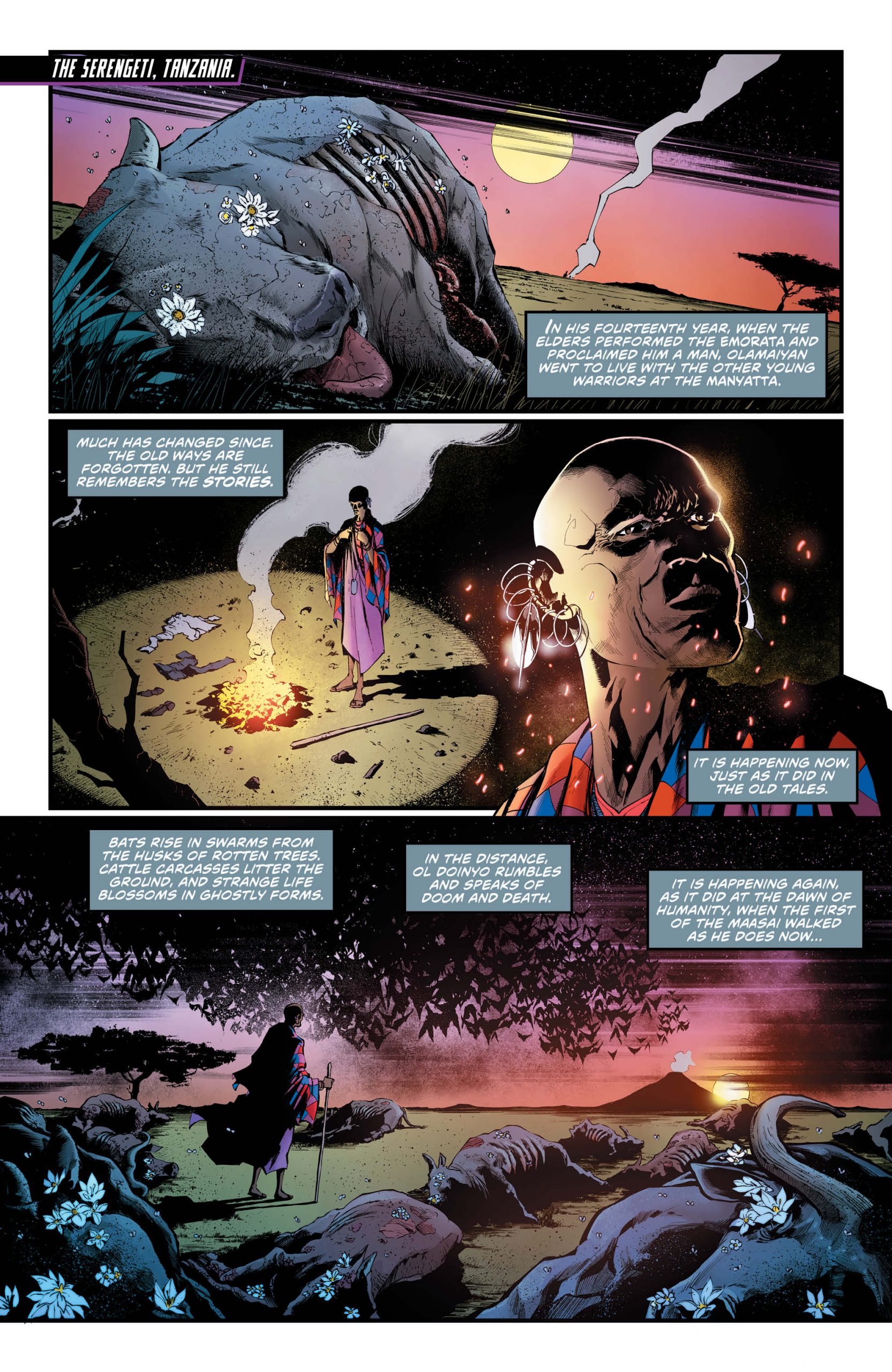 I enjoyed a lot of the mythology in the issue. This is such a cool section of the DC universe. I loved that there is a parliament for bacteria and that Animal Man can communicate with it. That was such a creative way to solve the zombie plague. And I like that it parallels Dr. Fate fighting for humanity’s sake and the significance humanity has on the ecosystem. The story is a cool way to explore how all forms of life intersect and affect each other.

A major highlight is when Abby reveals herself in what I will refer to as her super suit. I don’t know if it’s appeared before but I haven’t seen it. And I think it looks so cool; it’s a great design.

It ends at a really good spot. It’s nice that the team finally converges on one spot. I don’t love when a team spends a ton of the story apart; that takes away from the fun so I’m excited for everyone to come together. 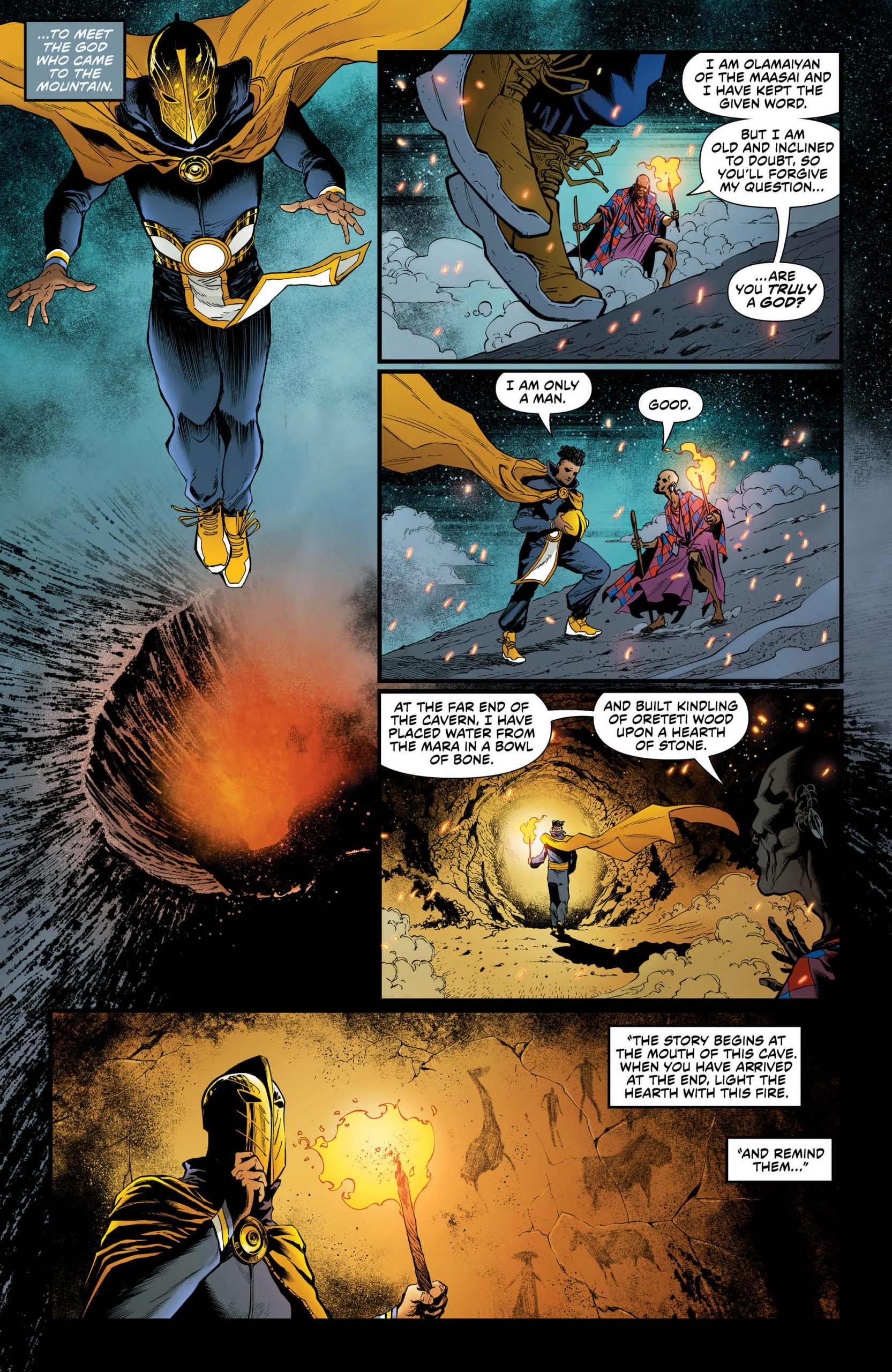 This is a great issue. I think the script effectively flows and nicely parallels the different events. I really like this story with its focus on ecosystems and the life within. The art looks good and I think it’s an enjoyable read.