The following is sourced from https://www.dccomics.com/blog/2020/06/10/dc-cybernetic-summer-to-hit-shelves-on-july-28

From the Webster’s Dictionary

cybernetics (noun, plural in form but singular in construction.

So what is cybernetic Summer? According to the DC Comics blog from June 10th 2020? Cybernetic Summer is…. about having fun with the cybernetic characters of the DC Universe. Because reasons, just go with it. Here. Have an image from the cover to brighten your day. 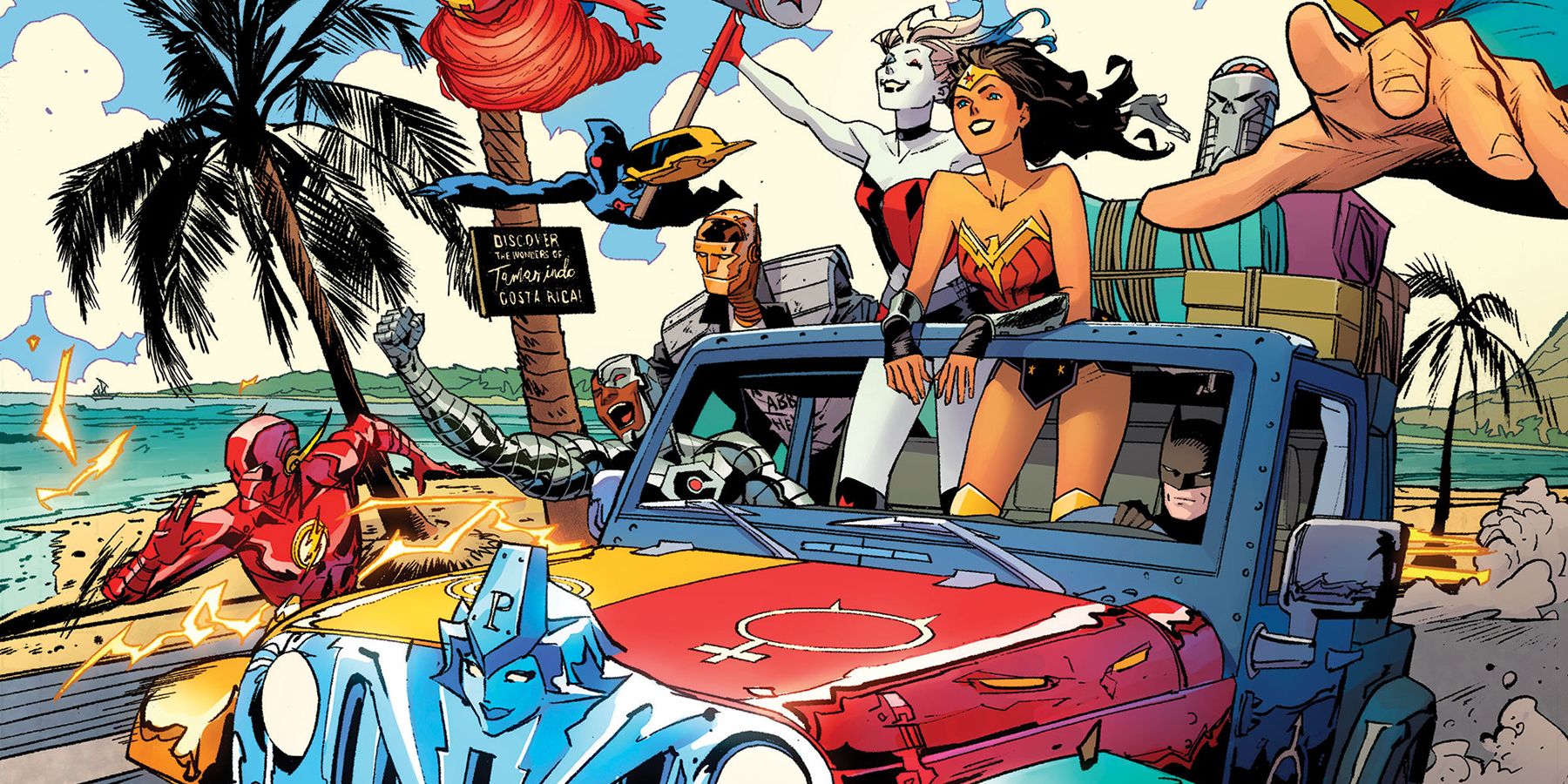 So what will you get from this anthology slated for a July 28th release date?

Cyborg, Superman, and Cyborg Superman (you know, the evil Superman) find it difficult to have a conversation, much less fight.

Batman tries everything to escape a summer cookout — even taking on the omnipotent Brother Eye and his new infectious O.M.A.C.s!

We also have a multiverse race between all Flashes (for the title of Fastest Flash in the multiverse), starring Mercury Flash.

Red Tornado goes on a camping trip with his wife Kathy, and daughter Traya, but gets distracted by Justice League matters. Basically a threat arrives and Red Tornado has to protect his family.

Batman, O.M.A.C., and Brother Eye (“The Limits of Control”), by Conrinna Bechko and Gabriel Hardman.

Booster Gold, Blue Beetle and Skeets (“The Boys of Summer”) by Heath Corson and Scott Koblish.

Midnighter, Apollo, Monsieur Mallah and the Brain (The Authority) (“Out There”) by Steve Orlando and Paul Pelletier.

Note : DC Cybernetic Summer will be an 80-page Prestige format one-shot. It goes on sales at comic book stores, and participating online retailers, on July 28th 2020. It features a cover by Dan Mora, no word of variant covers though.

As of the time of this articlle being written, the site Legion of Comic Geeks has DC Cybernetic Summer listed at $7.99, however it has yet to be solicited for pre-order by comic shops like Things From Another World (TFAW).

Review: Batman And The Outsiders #13