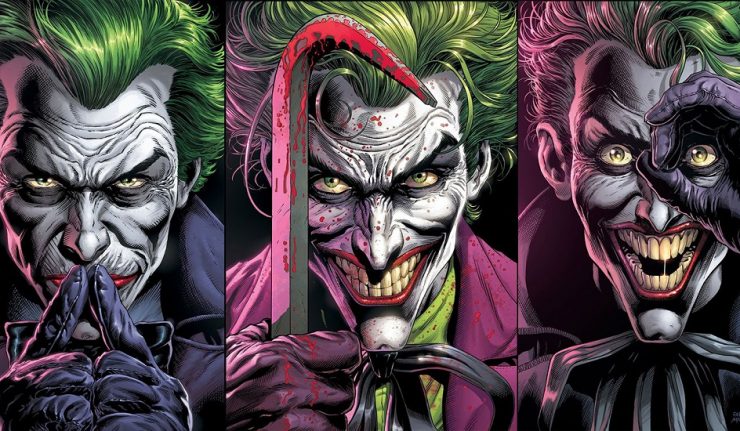 It’s one of the most anticipated comic book stories of the decade: Batman: Three Jokers by Geoff Johns and Jason Fabok! Debuting in August, this series delivers the payoff to the years-long mystery of why—and how—there are three Jokers, and what that revelation means to the eternal conflict between Batman, his allies, and the Clown Prince of Crime.

The Premium Variant covers for issue #1, on sale Tuesday, August 25, are as follows:

Batman: Three Jokers by Geoff Johns, Fabok and colorist Brad Anderson debuts at open and operating comic book stores and digital retailers on Tuesday, August 26, with issue #2 on sale September 30 and the series conclusion on October 28, just in time for Halloween. Each issue is priced at $6.99, and will carry DC’s “Black Label” content descriptor, identifying the content as appropriate for readers 17+.