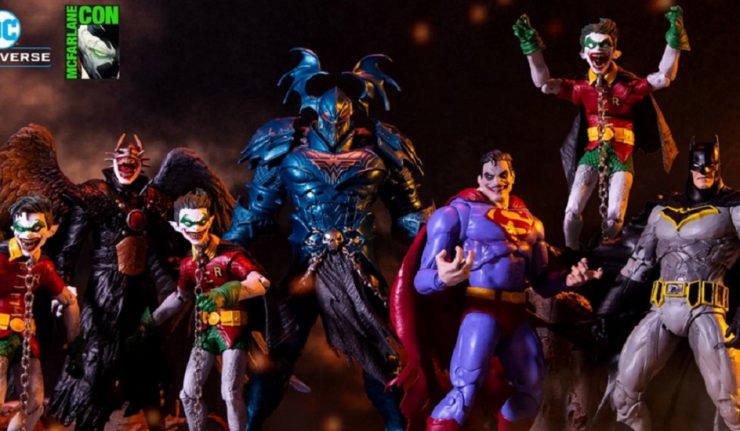 McFarlane Toys has unveiled some of their upcoming figures for the DC Multiverse line at SDCC’s [email protected], and there’s definitely a lot to see. It all starts with the Dark Nights: Metal figures that were released earlier this month. Now they’re adding a The Merciless Build-A-Figure wave, Flashpoint Batman, Arkham Batman and Deathstroke, several multipacks, and a bunch of figures from the Teen Titans animated series and comic books.

First off, you can expect all of these figures to arrive in the fall/winter of 2020, and when they do arrive, odds are you’ll find them at Walmart. Walmart has been McFarlane’s go to choice for DC Multiverse exclusives lately. They also chose Walmart to launch their new RAW10 robot monster line.

Below you’ll find a breakdown of the upcoming DC Multiverse figures along with an official description.

The whole gang is here! Pick up all of the Dark Knights, including an amazing The Batman Who Laughs and Earth -22 Robins

Keep your eyes open – another wave is coming out Fall 2020. Look out for Cyborg from the Teen Titans animated series, The Flash and The Joker based on the DC Rebirth comic books, and Azrael in Batman Armor figure based on the hit comic book series, BATMAN: CURSE OF THE WHITE KNIGHT.

The Bat-Signal has been turned ON. Here’s your sneak peek of Batman Flashpoint, coming out in Winter 2020.

“Looks like you got my invitation. It’s just you and me now.”

They’re also releasing 2 multipacks!  Coming out this fall is Nightwing vs. Red Hood and Batman Earth -52 vs. The Flash. 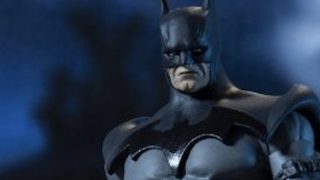