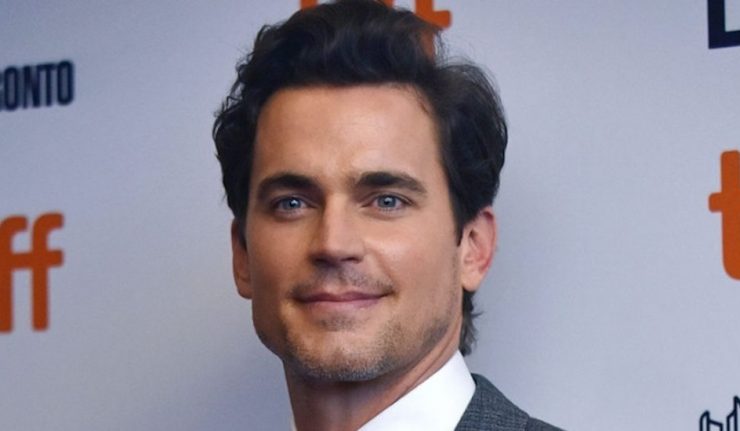 With Doom Patrol season two well underway on the DCU service, actor Matt Bomer (Larry Trainor/Negative Man) sat down with Collider to talk about the show and his character.

On the differences between seasons one and two:

I would say that they one-upped themselves somehow, but it’s not done just to be weird. It’s all really grounded. We have these incredible villains this season, with Doctor Tyme and Red Jack, and there’s this subset squad of heroes called the SeX-Men. And then, we have Dorothy Spinner, who has the ability to bring to life anything that she can imagine, and she comes with her own demons, so to speak. But it’s really a season about trauma, and all of the different characters dealing with their own trauma, unearthing trauma, and trying to move past it. And the villain this season is as much internal as it is external, for all the players.

I don’t think it would be a season of Doom Patrol, if all of the characters didn’t have to get personal, at some point. Throughout the season, working with LGBTQ acceptance, mental illness, body image, PTSD, abuse, and all those things. When we find Larry, he’s living in closer harmony with the negative spirit inside of him. He learns that his estranged, youngest son has recently committed suicide, and that leads him to try to reconnect with the surviving son, only to be forced to deal with the generational damage that he’s done to his family. And so, there are these incredibly abstract scenes, that are, so filled with pathos, where Larry is seeing his son, for the first time, but he’s 1960s Larry, in the prime of his life, and doing a scene with this son, who’s much older than he is now, and he’s seeing him for the first time, since he was a little child. So, you can imagine how painful and moving that is for him and, hopefully, for the audience.

On the relationship with Rita Farr (Elasti-Girl):

I love their relationship so much. I just think April [Bowlby] is phenomenal in her role. I know April well enough, at this point, and we’ve talked enough, that I understand how Rita relates to Larry and what that relationship is about. It’s fun to do an initial track, where I put my own spin on it, and then see what happens when she and Matthew are together, which can change everything, in terms of the performance, and then go back in. Oftentimes, I’ll have her performance to work off of, and sometimes, the initial track that you record works in complete harmony with what she does. I love their relationship. I love their understanding of each other. I don’t know how deeply I wanna get into this, but she comes from a time period where women had an acceptance of gay men and they didn’t have to talk about it, if it wasn’t something that the man or woman was comfortable talking about. And so, there’s just an unspoken love and acceptance there, that I think they spent 60 years having in the mansion, before Larry was able to come out. I think there’s something so profound and beautiful about how she’s known, all of this time, and loves and accepted him, long before he could ever tell her who he really was.

Head over to Collider’s site to read the full conversation with Bomer. New episodes of Doom Patrol drop each Friday.