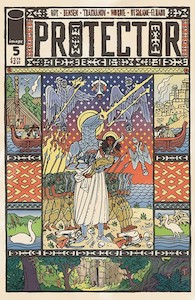 This is the final step in the first arc of Protector #5 (of 5). First Knife, Mari, and Hesukristos arrive at a ruined temple of the Profligate Age in the heart of the vast oasis ruled by the Devas. It is a moment that will confront the world of madness, the sins of the past, and the best chance to decide their future. 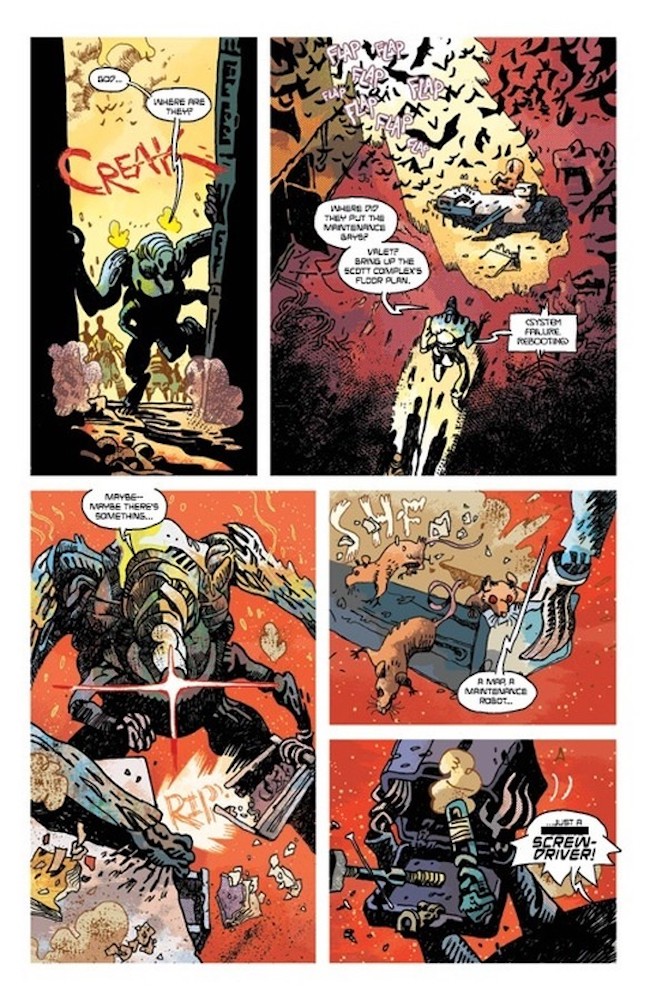 By now the roles that were clear by the end of the first three issues have shifted. Betrayal has forged an unlikely alliance between three of the main characters. Where the story will go next is fraught with uncertainties.

Along the way, priorities have also begun to change. First, there is First Knife who is fighting to save his people and maintain his leadership. Next is Mari, who has become an advisor to the revived warrior that they have named Hesukristos in honor of a fallen god destined to rise again. 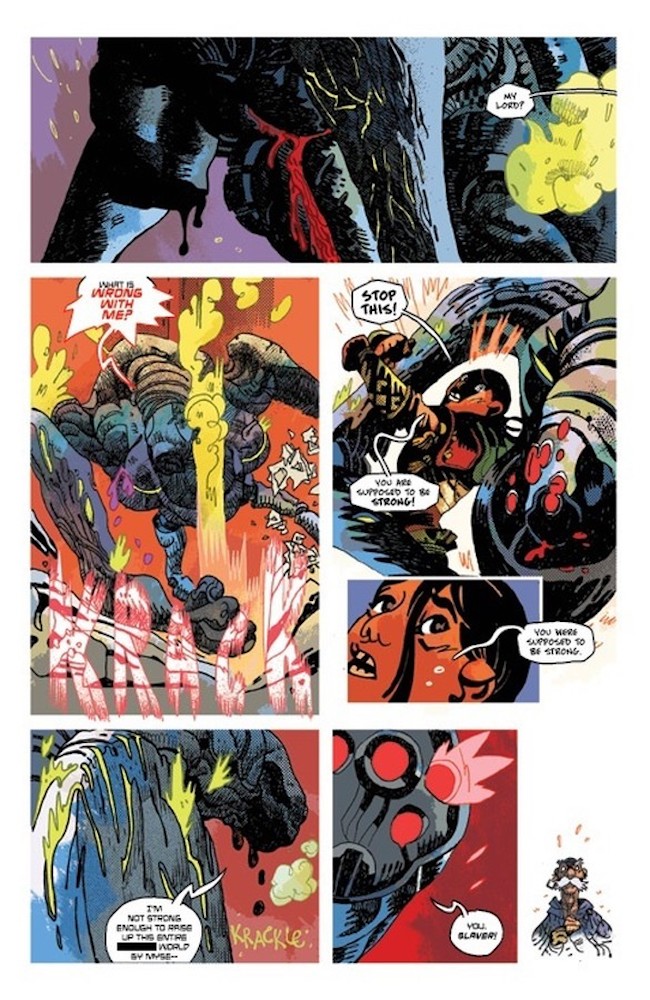 But Mari is also an oracle and that makes her someone who is valuable to the loyal Hudsonis because she was chosen by their gods the Vedas. Hesukristos was a hero and even god-like to Mari. But without the technology that can sustain him, the would-be god begins to thrash and maim like a spoiled child desperately trying to change the rules. 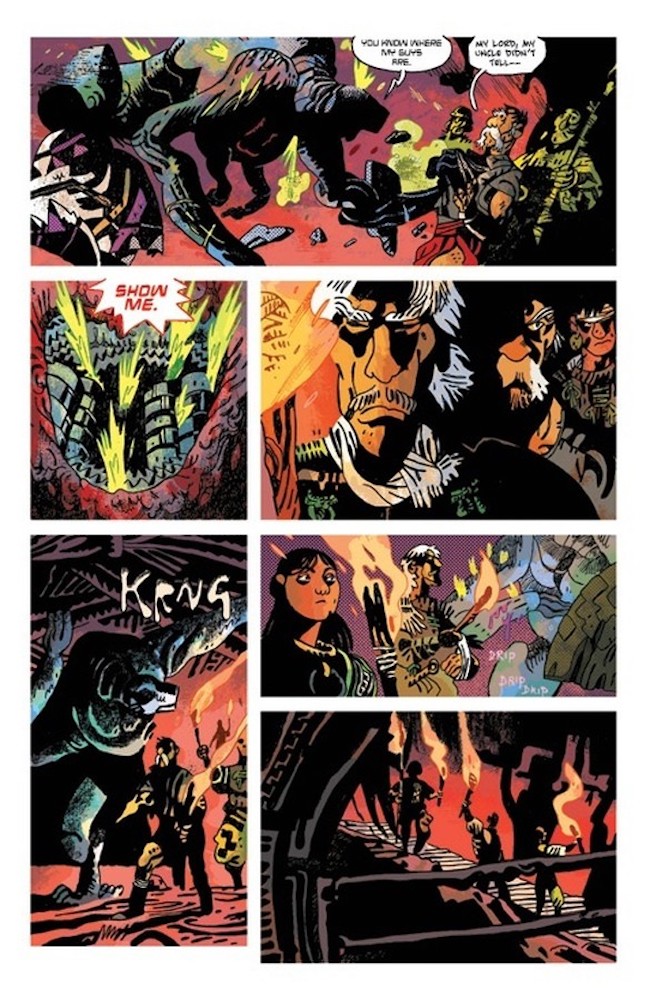 The result is a partnership between a former slaver and the woman he loyally calls My Lady. It’s an agreement that extends beyond the physical. In the end, which in this case does feel like an ending, it is the beginning of a dialogue that will determine the future course of the people that Mari now protects.

It was the eye-catching pencils, colors, and layers that led me to devour every issue with carefree exuberance. This art team blends brilliant talent like a perfectly timed recipe. The culmination of this series is a delightful mix of flavors for the eys and imagination.

The final panel just might hold a great clue to the next story arc.

Hesukristos can feel like a disappointment in this issue. However, his motives have always been selfish. It is not impossible to consider that his time had already passed. Maybe then, the lesson is that ancient soldiers should stay sleeping and never awaken again.

Protector introduced the plight of a broken future that is as original and inspired as any vision of a post-apocalyptic nightmare. Recognizing the chance to craft mythology that is organic and attuned to the resonances of history is a brilliant decision by writers Simon Roy and Daniel Bensen. Each tribe is defined by oral history that is the basis for its shared identity as a group. The separate groups, like the Yanqui and the Hudsoni, also share a united belief of the time since the Devas began to rule. Finally, there is the doctrine that the Devas, the conquerors, reveal through chosen Oracles, and enforce with mass executions.

These complex beliefs create a beautiful kaleidoscope of philosophies and ideologies that is challenged and reshaped. Reading and watching the maturation and understanding of these characters is a powerful experience. By this fifth issue, the degrees of understanding are magnified by the scope of choices they are offered the chance to effect.