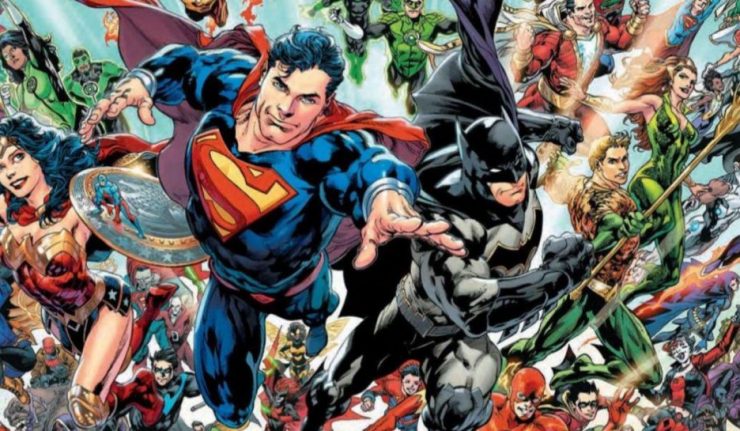 On Monday, WarnerMedia announced a large amount of layoffs were about to take place, and unfortunately, that included DC Comics, particularly those part of the DC Universe streaming service.

According to The Hollywood Reporter, the majority of DC Universe staff have been laid off, as well as DC’s Editor-in-Chief Bob Harras and several other executives on the publishing side of things. Among these executives are Senior VP of Publishing Strategy & Support Services Hank Kanalz, VP of Marketing & Creative Services Jonah Weiland, VP of Global Publishing Initiatives & Digital Strategy Bobbie Chase, Senior Story Editor Brian Cunningham, and Executive Editor Mark Doyle, who oversaw the rollout of DC’s Black Label line. It does seem, though, that Jim Lee will remain the CCO of DC Comics.

These layoffs will apparently account for one-third of DC’s editorial staff, which sounds to me like quite a big hit, the biggest being DC’s EiC Bob Harras. Harras has been the EiC for the last decade, taking that position back in 2010 after working as a editor for Wildstorm for the decade prior.

The other big piece of these layoffs is DC Universe. Things have been shaky over there since it’s inception, with the lack of international rollout, the controversial cancelling of Swamp Thing after only one episode had aired, the shifting of their original shows over to other networks and streaming services, the cancellation of their long-time daily news show, DC Daily, and most recently them doing away with the yearly subscription option. So, it’s not super surprising that DC Universe was hit hard during these layoffs, as it seemed like they were prepping to end the service soon anyways.

But what will it mean for their massive digital library, which was one of my favorite things about DC Universe. Will they integrate it into HBO Max? Will they turn DC Universe into something similar to Marvel Unlimited? Only time will tell.

Insiders say the majority of the staff of the streaming service has been laid off, a move that had been widely expected as WarnerMedia shifts its focus to HBO Max.

“DC Universe was DOA as soon as the AT&T merger happened,” said one source.

DC Universe launched in May 2018, and is home to live-action series such as Doom Patrol, Titans and Stargirl, as well as animated offerings including Young Justice and Harley Quinn. Some of those shows have now started to stream on HBO Max and even The CW.

But that’s not all. Another casualty is DC Direct, the company’s in-house merchandise and collectibles manufacturer. The division has been shuttered after 22 years, another move that was rumored when Warner Bros. Consumer Products began taking a more active role in DC merchandising.

All of this comes less than two weeks from DC’s big fan event, DC FanDome, scheduled for August 22nd, which is meant to showcase stars from DC’s film, TV and comic book worlds.

Will these layoffs affect FanDome? I truly hope not, as this is something that fans have been clamoring for, especially with DC’s minimal presence at this year’s SDCC [email protected]

Let us know your thoughts about all of this down in the comments below.