Jim Lee talks about the future of DC Comics 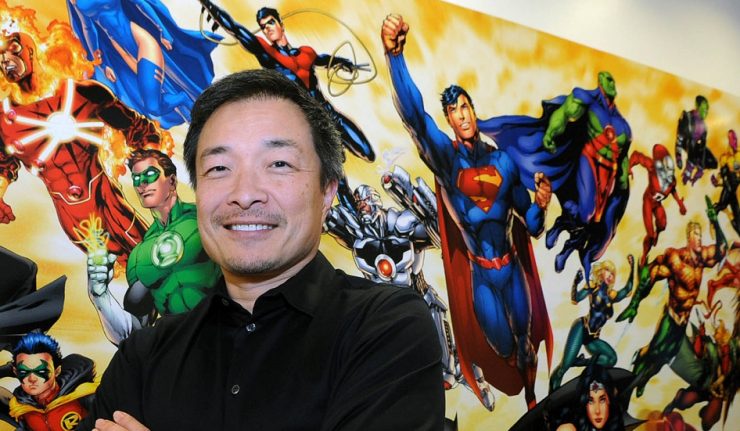 There have been some big changes at DC Comics, and Jim Lee has spoken about the direction and focus of the comic book giant.

“There is no pencils down notice,” says the exec who weighs in on this week’s major layoffs, digital comics, interim editor-in-chiefs, and a new Batman book from John Ridley.

Jim Lee is the heavy weight champion when it comes to bringing our beloved DC characters to life in our favourite books. He’s enjoyed a brilliant career at DC.  Promotion after promotion he has worked is way all the up to an executive role. However, the last week hasn’t been an easy one. Warner Media has cut 20% of it’s staff including some key senior roles which sent a massive shock wave not just through the company but through the DC community.

“This week has been a really heavy difficult time not just for me, but for the entire organization,” Jim Lee tells The Hollywood Reporter via a Zoom call. “We’ve said goodbye to people that have been huge contributors and who have helped define and make DC what it is today.”

AT&T acquired Time Warner for a huge sum in 2018 and created Warner Media.  Though it sounds ridiculous, off the back of the recent cuts there were a host of rumours that started to circulate suggesting DC won’t be publishing comics anymore.

“We are still in the business of publishing comics,” Jim Lee adds, saying that there is no work being halted.

Don’t worry more Batman is on the way, John Ridley who won an Oscar for penning 12 Years a Slave, is writing a Batman mini-series (“It will have a huge impact on the rest of the line,” Jim Lee says). The Milestone Comics imprint is also returning which focuses on characters that are not as mainstream.

Jim Lee talks about the future of DC Universe, comic books, breaking away from Dimond Comic Distributors and the impact Covid-19 has had.

Absolutely. One hundred percent. It is still the cornerstone of everything that we do. The need for storytelling, updating the mythology, is vital to what we do. The organization leans on us to share and establish the meaningful elements of the content that they need to use and incorporate for all their adaptations. When we think about reaching global audiences, and we see comics as helping drive that awareness and that international brand, it’s very much part of our future.

That said, we will be reducing the size of the slate. But it’s about looking at everything and looking at the bottom 20 percent, 25 percent of the line that wasn’t breaking even or was losing money. It’s about more punch for the pound, so to speak, and increasing the margins of the books that we are doing. It was about aligning the books to the franchise brand content we’ve developed and making sure that every book we put out, we put out for a reason.

You now have two interim editors-in-chiefs, Marie Javins, who headed digital strategy, and Michele Wells, who headed the YA imprint. How is that going to work?

We thought it would be a great pairing to bring them together to help draft and organize the content we’re doing along these lines. Across digital, across global, we want to make sure we have diversity and inclusivity, and making it in a way that we have authenticity to the storytelling that we’re doing.

It’s really about consolidating all of our efforts and having every editors involved in all these directives and also organizing, broadly speaking, in content that is for kids 6 to 11 and then 12 to 45. It’s about consolidating format and oversight to a smaller, more concentrated editorial group.

Do you still have the title of publisher?

Does your job change at all?

I have more responsibilities and more expectations than ever before. In conversations with (WarnerMedia CEO) Jason Kilar and (Warner Bros. CEO) Ann Sarnoff and my boss, (Warner Bros. global brands and experiences president) Pam Lifford, they have some very ambitious goals for DC and I’m excited to be a part of that. In that respect, there is more on our plate than ever before.

I will continue to be involved as intimately with publishing as I have from the get go. Nothing has changed there. And that’s to focus on the creative content, the content strategy how many books we should be publishing, the formats.

There is no pencils down notice. Everyone has been notified to keep working on all the projects that we’ve already greenlit and started. To that extent, there is no change.

DC in the spring broke away from Diamond as its distributor and signed with two new companies. Some people said at the time it would be a mistake. How has it fared?

Not only has it exceeded our initial expectations, but the size and strength of the business is that same level or higher than pre-COVID. There was a lot of fear mongering out there about another Heroes World type of debacle that occurred decades ago; there is nothing further from the truth. Things have transitioned very smoothly — that’s not to say there aren’t kinks that need to be worked out. UCS and Lunar, they’ve done an amazing job transitioning all the content we produce and putting it into new pipelines and getting it to retailers.

And we’ve gotten some tremendous numbers on some of recent books. We’re back to press on the Joker War storyline that has been running in Batman. Multiple printings on that. In fact, every issue since its launch has gone up in numbers and you know how hard that is. Usually when you launch, you start big and the numbers go down. But here it’s climbing issue to issue. We got our numbers for Three Jokers and the first issue sold over 300,000 copies. And that’s an $8 book. That’s a gigantic number for having new distribution.

This wasn’t about taking our distribution business and placing it the hands of two entities, it was about, “What can we do together to do things that were never contemplated before.” Things that we would love to do to grow the physical market.

One rumor I heard this week is that DC is going to only sell trades and OGNs and make a deal with Marvel for them to publish DC’s comics.

(Laughs.) There is nothing further from the truth in that. I don’t know where you would even connect those dots. Why would we ever do that?

What about the rumor that AT&T hates comics and wants to get out of the comic business?

What is going to happen to DC Universe?

The original content that is on DCU is migrating to HBO Max. Truthfully, that’s the best platform for that content. The amount of content you get, not just DC , but generally from WarnerMedia, is huge and it’s the best value proposition, if I’m allowed to use that marketing term. We feel that is the place for that.

In regards to the community and experience that DCU created, and all the backlist content, something like 20.000 to 25,000 different titles, and the way it connected with fans 24-7, there is always going to be a need for that. So we’re excited to transform it and we’ll have more news on what that will look like. It’s definitely not going away.

What is the future of DC Direct?

When we started, we were one of the first companies, if not the first, to go out and create a business that catered to that specialty market. That success has brought in a lot of competitors and a lot of companies that are now in that space. So it’s about evolving the model. We want to produce those collectible and serve those fans, but we will probably shift to a higher price point collectible and more of a licensing model, working with manufacturers we already work with. From a consumer point of view, there will not be a change or drop off in the quality of the work they are seeing. Behind the scenes, how we create it and how we get it to them is going to change. We still have our principal lead of DC Direct, Jim Fletcher, with the company. He will be showcased in a fun panel with J Scott Campbell at Fandome.

Where do you see DC in two years?

You’ll definitely see more international content. You’re going to see more digital content. When you talk about growing our business, both physical and digital, to me the opportunities are global. That’s what we’ll be focusing on. Sometimes that takes the form of content that we take here and translate and sell in other marketplaces, but we want to partner with creatives in various territories and unlock stories that feel authentic to their marketplaces with characters that they can embrace as their own, and look for opportunities to take those characters and seed them throughout all our mythology.

With digital, that’s more of a windowing issue, meaning we’ll go out there with digital content and the stuff that performs well in digital also performs well in print. A good example of that is Injustice, the digital comics that tied into the video game. When that came out, it was the best-selling digital comic of the year, it outsold Batman. And brought a lot of adjacent fans into our business. And when we took that content and reprinted it in physical form, we sold hundreds of thousands of units. It was as big of a hit in physical as in in digital.

We’re using that as a model as we go out and do more digital content. We’ll take the most successful books and repackage it as physical books .I think there is definitely business to be had in physical periodicals. But that said, I think there’s greater upside in digital because we can go to a more global audiences and the barrier to entry, especially in this pandemic, is lower. It’s a lot easier to get digital content into the hands of consumers that want to read stories. We want to lean into that and think thoughtfully what digital content should be, what it should look like, the format.

This interview has been edited for length and clarity. For all our news coverage bookmark this link 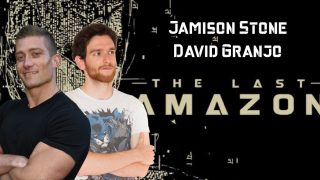