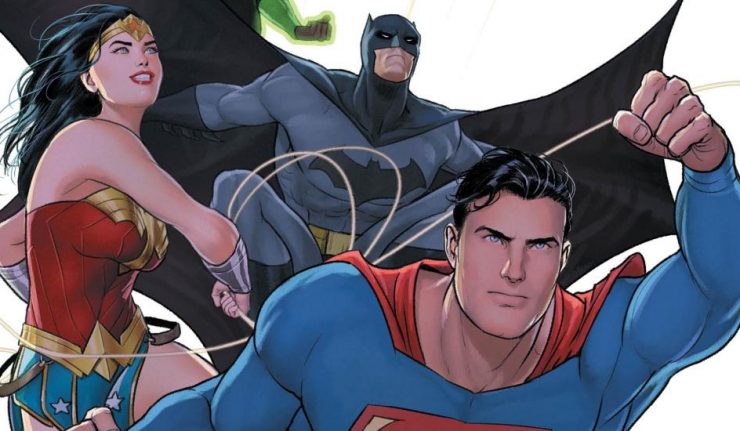 At this point, there probably isn’t a single person on Earth who hasn’t been touched by the COVID-19 pandemic in some fashion. For those of us in the comic book community, it’s affected us in so many ways. One in particular is having the convention scene ripped out from under us.

Fortunately, some organizers have been able to pull together virtual events. So far, I’ve participated in online festivities concocted by the likes of GalaxyCon, Wizard World and DC FanDome, with the latest being The Monroe Pop Fest.

For those unfamiliar, The Monroe Pop Fest has been a staple of the Metro Detroit convention circuit for several years now. I personally didn’t attend my first of what’s formerly known as Monroe Comic-Con until 2018, and now I wouldn’t miss it for the world. And having been confirmed for a press pass to the physical show that couldn’t take place because of the ongoing pandemic, I made good on my end by sticking around for the virtual event. Hey, whatever part I can play in keeping the community alive will be done.

In all, Monroe’s Virtual Pop Fest spanned a ten-hour broadcast streamed on Facebook Live. Hats off to Gary Pillette for putting together an experience that encompassed various aspects of the convention-going experience. Not only were there writers and authors on hand, but even some vendors and crafters. The latter variety was no doubt a treat for those of us who can’t exactly cruise booths for toys at the moment. Podcast Detroit also deserves a shout out for making it all happen on the technical side.

Featured guests for the day included the likes of writer Dirk Manning (Haunted High-Ons), artists Bill Morrison (The Simpsons) and Stuart Sayger (The Joker: The Year of the Villain) and actor David Howard Thornton (Terrifier). Elsewhere, indie comic creator Brian E. Lau stopped by to talk about Staunch Ambition and Inferno City Firehouse (more on him in a moment), novelist Jean Davis read an excerpt from one of her books, and the evening was capped by YouTube personality Rudolf Francois Michele.

Getting back to Brian E. Lau, he has graciously allowed for DC Comics News to preview an exclusive page from Staunch Ambition #4. Acting as a season finale of sorts for his supernatural science fiction opus, this next issue is targeting a 2021 release date and will be double-sized. Eventually, a trade paperback will collect issues 0-4, so keep an eye out for that.

What you’re about to see is an unlettered look at page 20 from Staunch Ambition #4, which will be written and lettered by Lau, drawn by Erwin J. Arroza, and colored by Neal Anderson and Artauxeo. I chose this particular image because not only is it downright striking, but I feel it’s also an achievement from a visual storytelling standpoint. Check it out!

Should you be interested in attending a physical event organized by The Monroe Pop Fest, know that a makeup date has been booked for December 19th of this year – but that’s entirely contingent on the public health situation and whether the local government will allow large gatherings at that time. However, next year’s event has already been penciled in for September 18th, 2021, so fingers remain crossed for that one going off without a hitch.