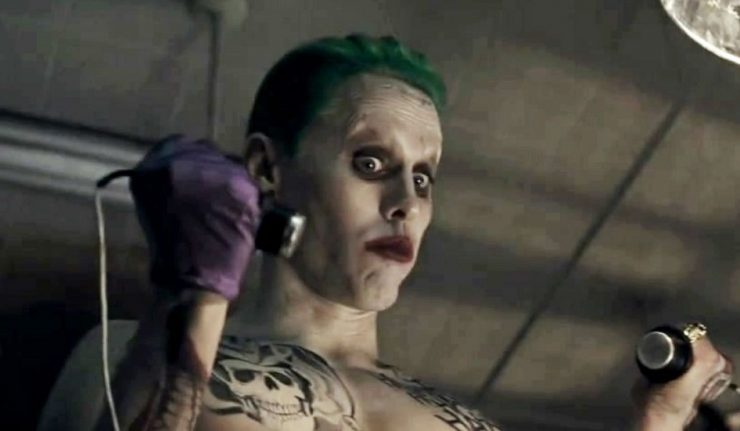 HBO Max’s Justice League: The Snyder Cut apparently has a Joker in the deck.

Despite his panned performance in 2016’s Suicide Squad, actor Jared Leto will appear as the Clown Prince of Crime yet again in Zack Snyder’s cut of 2016. But wait, for here is the kicker: This is not four-year-old footage Zack will be using. Leto, will, in fact, be one of the actors returning for additional shooting. Gal Gadot, Ben Affleck, Jason Mamoa, Ezra Miller and Ray Fisher – Batman, Wonder Woman, Aquaman, Flash and Cyborg, respectively – are also returning for shoots.

Officially entitled Zack Snyder’s Justice League, the HBO Max produced film is the director’s opportunity to present his original vision. Due to personal tragedy, Zack was forced to leave the director’s chair, which was then filled by Joss Whedon. Unfortunately, Whedon’s deviation in tone and injection of humor offset fans and the movie bombed at the box office. The result was Warner Bros. Media pulling the plug on the shared universe approach and instead focused on stand-alone DC films instead. However, fans petitioned for years to see Zack’s cut of the film. Their efforts caught the director’s notice and several months earlier formally announced with Superman actor Henry Cavill he would deliver a fully-funded cut of how he had envisioned Justice League. And since then, from early footage of the much-missed Darkseid and the amazing trailer, Snyder’s cut has hit all the right notes so far. Recent production news has confirmed that Geoff Johns and Jon Berg – executive producers who oversaw Whedon’s reshoots for the theatrical release – will not be listed in the credits.

Jared Leto, meanwhile, will deliver a moment that fans were denied in Suicide Squad: A confrontation between his Joker and Ben Affleck’s Batman. Yes, there was that purple lamborghini chase in the flashback, but that apparently did not count. Since leaving Joker behind him, Leto has gone on to portray the title character in Sony’s yet-to-be-released Marvel film Morbius.

HBO Max’s planned release of the film has not yet been announced but should happen sometime in 2021.