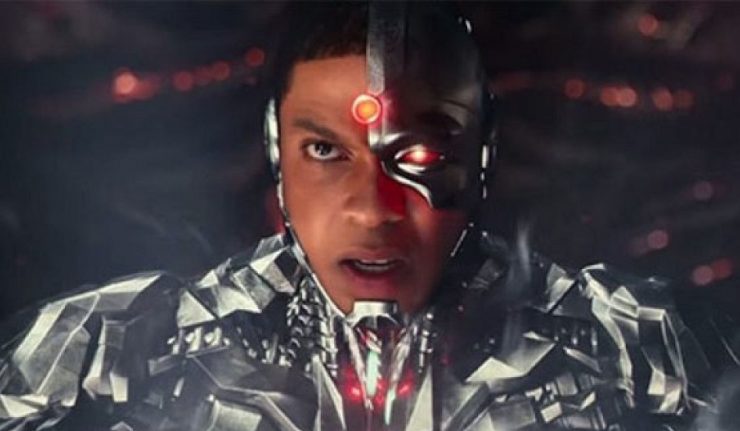 Whedon was billed as Zack Snyder’s personal choice to replace him to take the helm of Justice League due to personal tragedy. The Cyborg actor also attacked that claim in his initial allegations. Regardless, Whedon’s involvement required extensive reshoots that changed the tone of Zack’s vision which resulted in a panned final result. The poor box office results created a seismic shift in Warner Bros. Pictures’ plans for the DCEU; standalone films like Joker and The Birds of Prey (And The Fantabulous Emancipation of One Harley Quinn) were favored over a shared universe approach. With Snyder’s vision now being recycled as Zack Snyder’s Justice League due for 2021 release on HBO Max, attention to Fisher’s claims have gained traction.

However, as previously stated, the Cyborg actor and his latest allegations reach beyond Whedon and into top brass. His claims have led to much speculation over what even happened after the failure of Justice League.

“Prior to Justice League’s reshoot process, ” Fisher explained, “blatantly racist conversations were had and entertained [by] former and current top-level executives at Warner Bros. Pictures. [Decision makers] that participated [were] Geoff Johns, Jon Berg, and current Warner Bros. Chairman Toby Emmerich. [I] realized that the notes I ended up getting from Johns during reshoots were just a coded version of the racist things he was saying behind closed doors with the other execs.”

Fisher insists that everything revealed in this recent interview is common knowledge in Warners Human Resources. “I reported almost everything to them in July. [The] fact that I’m having to advocate for myself in this way is equal parts freeing and frustrating.”

Besides Fisher, other performers of color had either limited exposure or were completely cut from Whedon’s Justice League. Joe Morton, who portrayed Victor’s father, had reduced onscreen time while Karen Bryson, playing Ellenore Stone, was completely removed. And, of course, footage of Kiersey Clemons, cast as Barry Allen’s love interest Iris West, was also left on the cutting room floor. Thankfully, all are expected to be in full attendance for Zack Snyder’s Justice League, but a representative from Whedon’s camp claimed these decisions were made prior to Whedon taking the helm.

Fisher, along with former cast members Gal Gadot, Jason Mamoa, Ben Affleck, and Ezra Miller, have been part of ongoing reshoots for Snyder’s cut of the film. The following statement was issued:

The individual who offered this statement acknowledged that this was just something that he had heard from someone else and accepted as truth, when in fact simple research would prove that it was false. As is standard on almost all films, there were numerous people involved with mixing the final product, including the editor, special effects person, composer, etc. with the senior colorist responsible for the final version’s tone, colors, and mood. This process was further complicated on this project by the fact that Zack shot on film, while Joss shot on digital, which required the team, led by the same senior colorist who has worked on previous films for Zack, to reconcile the two.

Besides Fisher’s damning claims on Whedon’s manipulative, abusive behavior on set, his claims on the aforementioned three only worsens the situation. “Geoff Johns made a veiled threat to my career during the LA [reshoots.] Multiple sources have informed me, that Joss threatened the power of another person associated with the production. Toby [Emmerich] was made aware and tried to cover for Whedon rather than deal with the abuse. That situation had to be escalated to [Kevin Tsujihara] to get any results.”

The Cyborg actor cautions everyone who questions the validity of these allegations given how extensive these actions have affected others at Warner Bros. in multiple departments. “I’ve brought [Warner Bros.] a number of witnesses that have been avoided and in some cases ghosted during the investigation process. Warner Bros. knows full well my claims are credible. They’re just scrambling.”

Case in point, Fisher tweeted in September how a meeting with DC Films President Walter Hamada led to Hamada trying to convince Ray to back off of Johns. This compelled Warner Bros. Pictures to officially state “At no time did Mr. Hamada ever ‘throw anyone under the bus,’ as Mr. Fisher has falsely claimed, or render and judgments about the Justice League production, in which Mr. Hamada had no involvement since filming occurred before Mr. Hamada was elevated to his current position.”

Fisher not only denounced the studio further claiming he had refused to work with assigned investigators into his accusations, but that tactic backfired. It resulted in more people coming forward and offering support. Castmate Jason Mamoa – Arthur Curry/Aquaman – tweeted his appreciated endorsement of Ray’s claims. Claiming himself the victim of smokescreen with a leaked false story to Deadline about how Berg and Johns were producing a live action version of Frosty The Snowman with Mamoa as the lead, Jason was livid in caps: “THIS SHIT HAS TO STOP AND NEEDS TO BE LOOKED AT @ray8fisher AND EVERYONE ELSE WHO EXPERIENCED WHAT HAPPEN UNDER THE WATCH OF @wbpictures NEEDS PROPER INVESTIGATION. [I think] it’s [expletive] up that people release a fake Frosty announcement without my permission to try to distract from Ray Fisher speaking up about the shitty way we were treated on Justice League reshoots. Serious stuff went down. It needs to be investigated and people need to be held accountable. #IStandWithRayFisher.aloha j”

Outside of his castmates and fellow victims, the actor also has the backing of The Screen Actors Guild-American Federation of Television and Radio Artists.

Ray went a step further and spotlighted a connection between Emmerich and Hamada. Post Justice League, Johns and Berg were removed from their positions and Hamada was made president. To that end, Fisher alluded to Hamada’s professional relationship with Geoff that has become his safety net. “Emmerich made Hamada the president of DC Films and Johns is providing content for Hamada to produce. It stands to reason that he would have a vested interest in trying to protect both of them.”

Ray’s crusade to have an impartial investigation conducted into these allegations recently received further proof of the uphill battle he faces. “Warner Media has since informed me and my [legal] team that the old investigator purposely lied to us about the investigation. We’ve asked Warner Media to relay this information to the public and to retract Warner Bros. September 4th hit piece on me so we can clear the air and get the investigation back on track. They’ve refused to do so…so here we are…”

Regardless, the Cyborg actor is optimistic since the new incoming investigator was behind the Tsujihara investigation and that “I’ve got a lot of witnesses that are willing to be interviewed, they’re just waiting on my [go-ahead. In] a business as notoriously litigious as Hollywood, the fact that I haven’t received so much as a cease and desist letter should tell you something. [Warner Media] knows I don’t have the financial ability to stand up to them in court [unlike Whedon, Emmerich, and associated parties.] My guess is that [they are] looking for the lesser of two evils.”

Regardless of all this scrutiny, the Cyborg actor has made it clear that he is not at war with Warner Bros. Studio as a whole. “I’m in a fight with a handful of people that are attempting to use Warner Bros. to cover their tracks. All the significant film and tv work I’ve done has been under the Warner Media banner. I love what I do and who I’ve been blessed to do it with. [My goal] is to have these people not be decision makers for the content that influences our world. [Their] problematic behavior didn’t start with the AT&T merger, but I’ll be damned if it doesn’t end with it. [If] nothing else, I’m going to go out of this business the way I came in; free and of my own volition. Can you dig that?”