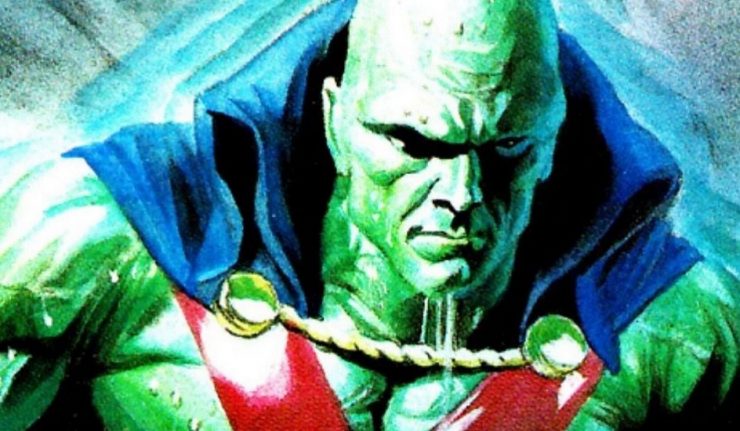 Zack Snyder has revealed a familiar face not seen in the DCEU: J’onn Jonzz aka The Martian Manhunter!

Still hard at work on his cut of Justice League for HBO Max – and talks circulating of a possible sequel to this cut – the director revealed to Screen Rant a drawing of Martian Manhunter on his smartphone.

Zack Snyder Reveals Martian Manhunter – How Will He Appear?

The design of J’onn evokes many of his modern elements and less of the Silver Age, like his high-collar blue cape. As confirmed in behind-the-scenes storyboards for Snyder’s Justice League, J’onn’s human disguise is that of Secretary Swanwick, played by Henry Lennix in both Man of Steel and Batman v Superman: Dawn of Justice. The storyboards suggest that he will engage Lois Lane (Amy Adams) disguised as Martha Kent (Diane Keaton), then shift back to Swanwick, but not before showing a glimpse of his real alien face in transition. As to the extent of his involvement in the plot, that remains to be seen. It would answer much of Swanwick’s initial reluctance to both accept Superman’s choice of exposure or get involved in assisting him against Lex Luthor’s agenda.

A majority of Martian Manhunter’s live-action depictions began in the 2001 series Smallville, where he was played by actor Phil Morris. He is currently portrayed on the CW’s Supergirl by actor David Harewood. In animated formats, he has been famously played in the 2001 Justice League animated series and associated projects by Carl Lumbly. Originally assuming a caucasian civilian identity in the comics from the 1950s, modern depictions have seen J’onn identify with African-Americans as the upheld standard.

Besides the confirmation of Martian Manhunter’s look, recent related news has confirmed the inclusion of Jared Leto’s Joker making an appearance. This cameo promises to be darker than his appearance in 2016’s Suicide Squad. Further, there may be a new trailer released for the film this week. Although there is no definitive date yet, the film will indeed debut on HBO Max in 2021.