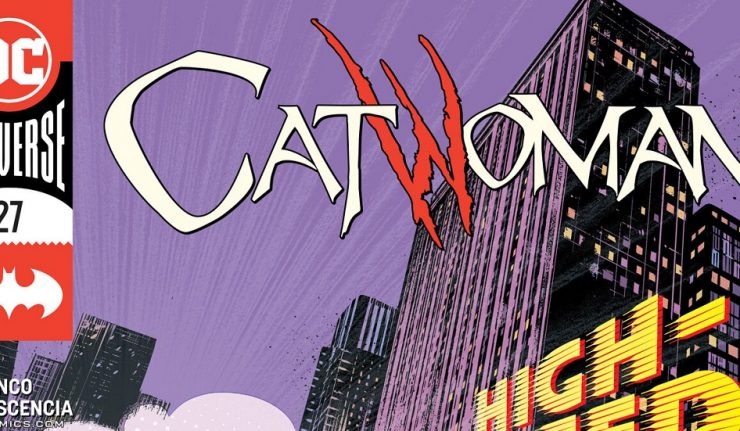 “It’s a sin to covet another man’s kill.” – Father Valley.

Catwoman #27 – Catwoman’s going to be the top cat in Alleytown, and the first gang she’s going to make an example of is the Khadym mob…by stealing a truck full of contra-band from right under their nose!
Catwoman, the Alleytown kids, the police and the Khadym mob all converge in a high-speed heist. What do you get when you mix a cat, three kids, and a truck full of contraband speeding through the streets of Alleytown? One of the greatest full speed heists you’ll ever see.
All this and Father Valley takes his shot “with no offense to Hamilton”!

Two things enter into this issue that make a reader take notice.

Fernando Blanco draws a  “story board” heist that rivals an Ocean’s Eleven movie.

To see Selina orchestrating the take down of a drug lord… this comic reads like a movie.  The pacing, the rhythm of the story, the frames…Ram V and Blanco orchestrates quite the movie within the pages.

Second – Father Valley!  This “Stephen King” type villain/hit man hired by The Penguin in the aftermath of the Joker War rivals any new creation from DC since The Batman Who Laughs or Punchline.  From quoting scripture to fit his needs to playing the part of a cat who is playing with his prey.

Though Selina is not aware of Father Valley yet, it is clear that Ram V is dripping this villain out and giving us an aura of mystique around him.

Ram V creates a comic hero/villain/”Robin Hood” that works and could work without the aid of the supernatural or super powers.  An agile cat burglar who is taking down a drug kingpin to set herself up as queen of the streets.  It works.

More importantly, she is a positive Fagin (Remember Oliver Twist) to these Alley Cat kids.  Well, as positive as ripping off people can be, but it works as the entire environment is corrupt, so at least Selina has somewhat of a moral compass.

I’m not sure if Hollywood will invest in a solo Catwoman movie again.  However, Ram V should write the script!

None here as the story works within the grittiness of the streets, the police work, the whole drug and underworld vibe.  However, the meter is ticking on Selina and Bruce are on a “break”….in this timeline at least.

Ram V keeps delivering with a solid story line.  I cannot say enough about his taking this book to a higher level.  Every artist paints Selina in a very favorable light, but Ram V provides more than just a car chase here and a heist there!  Selina has a lot of life in her run!  Father Valley just needs a theme song every time we see him! 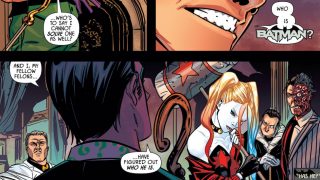