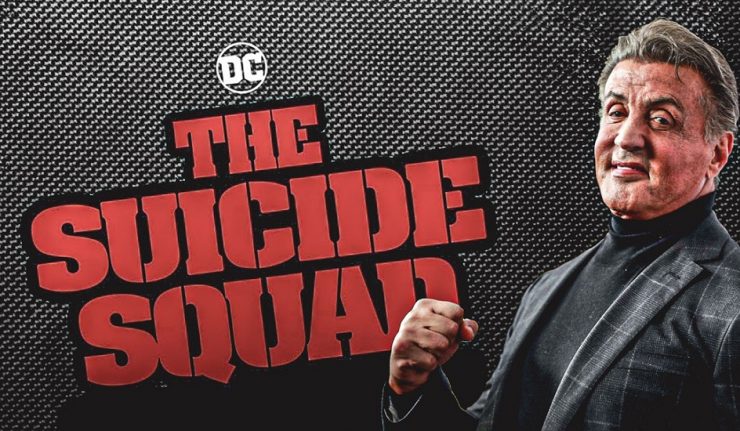 The Suicide Squad just got a new member who packs a mean left hook.

Legendary actor, screenwriter, and director Sylvester Stallone has confirmed via Instagram that he has joined the cast of James Gunn’s The Suicide Squad. This will be Stallone’s second time working with Gunn, as he had a minor role in his Marvel film Guardians of The Galaxy Vol. 2. Another Guardians alum on board is Michael Rooker, whom Stallone also worked with in the 1993 film Cliffhanger with John Lithgow. As to the role itself, both Gunn and Stallone are keeping details close to the chest. The caption for his video read “No rest for the weary, but what I do is so enjoyable I don’t even call at work it’s a gift.” In the video itself, which as been recently removed, Stallone is on the way to the shoot.

The news was also confirmed by James Gunn himself on his Instagram page.

The Suicide Squad’s New Member Announces His Arrival – Who Else?

“Good morning, everyone, ” Stallone says. “[It’s] Saturday and I’m on my way over to do a little work with a great director James Gunn on Suicide Squad 2 and I think it’s going to be a spectacular effort[. I saw] it and it’s unbelievable, so I’m very proud to be included[. I] can’t tell you anything more about it because you’re going to have to wait and [see, but] it’s going to be worth the wait. Anyway, keep punching and see you in the movies.”

Besides Stallone’s role, there is very little known about the plot to this film so far. Margot Robbie, Joel Kinnaman, Viola Davis and Jai Courtney are reprising their roles from the 2016 film as Harley Quinn, Colonel Rick Flag, Amanda Waller, and Captain Boomerang, respectively. They are to be joined by the following new conscripts to Task Force X: Peter Capaldi (Doctor Who) as The Thinker; Alice Braga as SolSoria; John Cena as Peacemaker; Michael Rooker (Guardians the Galaxy, Guardians of The Galaxy Vol. 2) as Savant; Pete Davidson (Saturday Night Live) as Blackguard; and Idris Elba replacing Will Smith as Deadshot. Nathan Fillion is also attached with an unknown role.

Stallone’s body of work speaks for itself with such franchises as Rocky, Rambo, and The Expendables. He reprised his role as Rocky Balboa in the 2017 spinoff Creed alongside lead Michael B. Jordan, which earned him his first Golden Globe award for Best Supporting Actor. He already has a Best Screenplay Academy Award from 1977’s Rocky, the film which launched his career.

Principal photography is currently underway and there is no confirmation of a release date. What is known about this film is that it is in no way connected to 2016’s Suicide Squad.