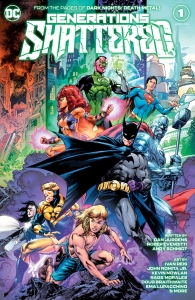 Generations Shattered #1: A threat of cosmic proportion to DC’s newest (and oldest) universe compels one of the most unusual groups of heroes ever assembled to take on the most mysterious foe they have ever encountered. What started in Detective Comics #1027 explodes out of Dark Nights: Death Metal to tell the story of the generations-spanning history of the DC Universe! Join the original Batman, Kamandi, Starfire, Sinestro, Booster Gold, Dr. Light, Steel, and Sinestro in their quest to save the universe before time runs out…

On the heels of Dark Nights Death Metal, DC is bringing us two events over the first two months 2021: Future State, which looks at the possible future of the DC Universe and Generations Shattered, which looks back at past eras of the DCU.  According to rumour, both were part of a relaunch or reboot of the DCU line based around the new DCU continuity arising out of Death Metal. DC had even announced a series of specials titled Generation Zero to Generation Five.

However, DC scrapped their planned “G5” relaunch plans. But instead of tossing the material out, DC repurposed the work into Future State and two Generations specials, the latter taking the place of the similarly named Generation specials. DC intended those specials to showcase the history of the restructured timeline of the DCU. However, after reading Generations Shattered #1, the shape of the new DCU remains rather unclear. This is a point I will return to below in the Negatives section.

I like Generations Shattered #1 that the crisis presented here is rather straightforward, despite its cosmic scale. After the highly complex series of events since Rebirth, I find it refreshing that the story presented here is easy to comprehend.  A very powerful villain named Dominus is attempting to erase history and replace it with his own ideal timeline. But the timestream’s defender, Booster Gold, sets out to recruit heroes from different eras to stop Dominus’ plan. 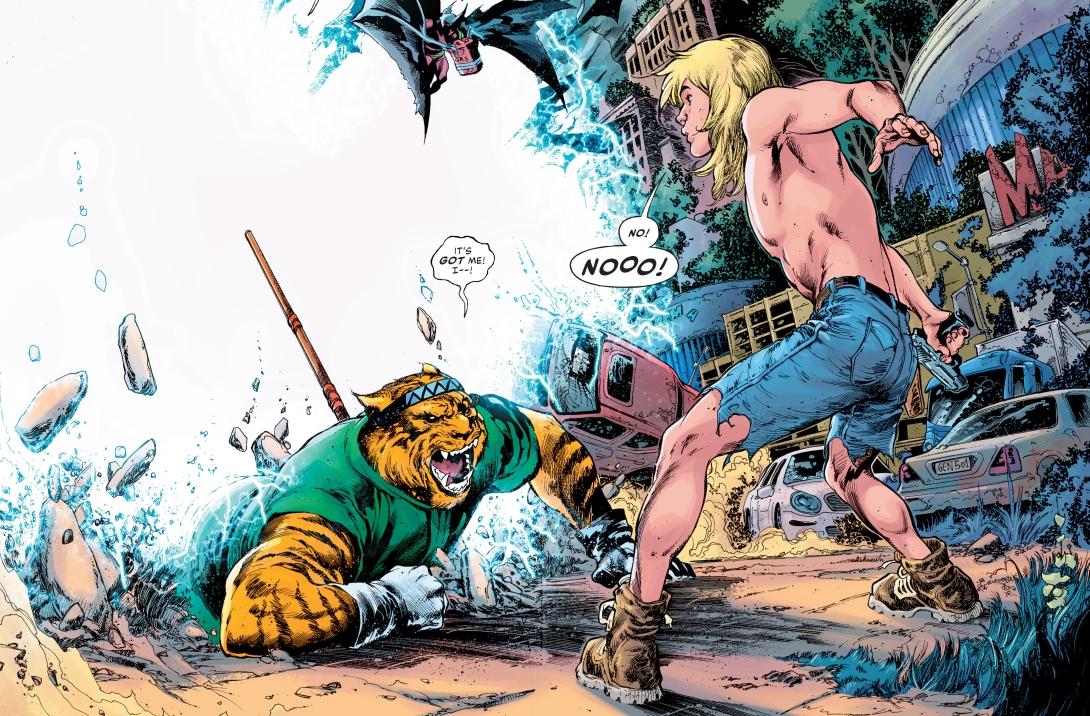 The heroes enlisted come from various eras of DCU history. Some of heroes are the usual heavy hitters, but the versions you might expect. Instead of Superman, we get the original Superboy in his Legion days. Batman is the original 1940s version of the Dark Knight. And the team’s Green Lantern is Sinestro. The team also contains heroes you might not expect, yet are evocative of specific eras of DC history: Starfire, Steel, Kamandi, and Dr. Light, and Booster Gold.

I also quite like that the story is very reminiscent of the original Crisis On Infinite Earths. In various times and settings, we see everything disappearing into an encroaching wall of pure whiteness, exactly as in Crisis. And as in that earlier event, a chosen few survive to help fight the looming threat posed by the villain.

Perhaps because of the project’s origins, there is are a huge number of creators who have contributed to this book. The credits for this book list three writers and more than 20 artists. Where it might seem somewhat disjointed to have so many artists on a single story, it actually works to the story’s favour here. This allows for the use of different styles to evoke the various different eras shown.

I also found it interesting that all of the eras the heroes come from occur during  the actual years of publication – except for the future eras of course. Steel is pulled from 1993, Dr. Light from 1987, Starfire from 1983, and Batman from 1939. DC has hinted that in the new timeline, all stories will be matter and this seems to confirm that idea.

However, this leads us directly into one very large problem. Can these events all logically fit together on a single timeline? This would lead to some major contradictions. For example, we see Bruce Wayne operating as Batman in 1939, yet we also see a teenage Dick Grayson as Robin in 1983.  These contradictions imply that we are dealing with separate parallel Earths or Hypertime realities, not a single unified timeline. You can see why I said that Generations Shattered #1 is not making the shape of the restructured DCU very clear. 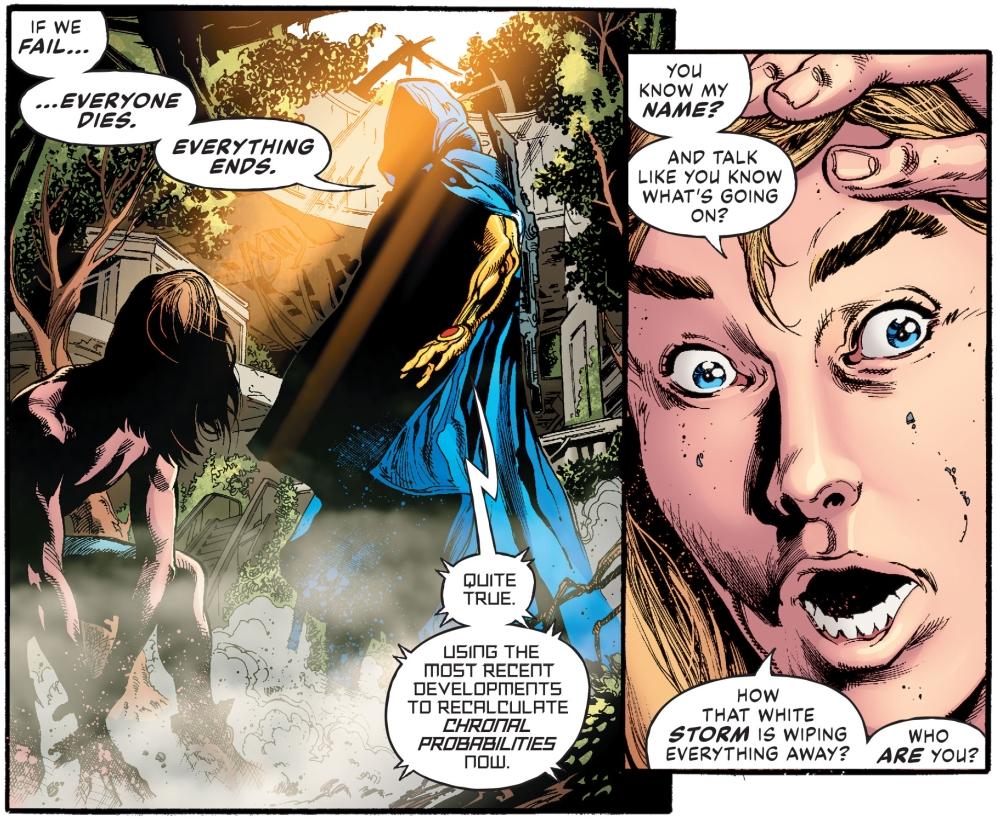 While its connection to the new DC continuity is unclear, Generations Shattered #1 is afantastic story and a loving retrospective of DC’s history. I can hardly wait to for the concluding chapter to see how the story wraps up and to see if it tells us more about the current shape of the DCU.