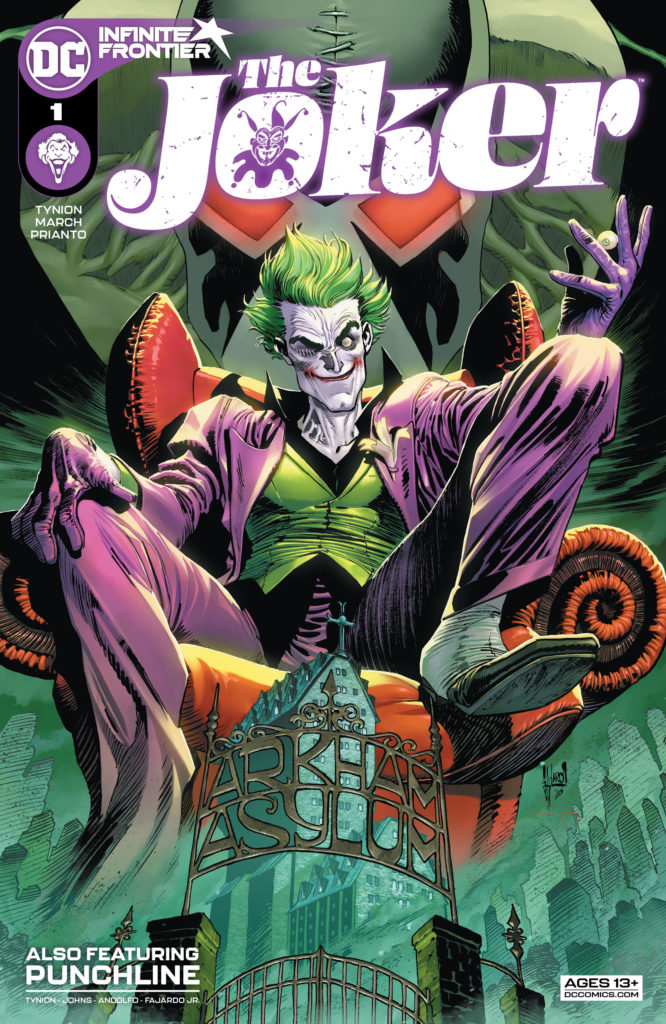 “Do you believe in evil?” – Danny Ryan…detective acquaintance of a young Jim Gordon

Following the events of Infinite Frontier #1, The Joker is the most wanted man in the world!

But the Clown Prince of Crime is several steps ahead of law enforcement-and he’s on the run overseas. James Gordon, facing retirement, realizes this is the manhunt of his life and the last piece of a storied career…but what mysterious and deadly forces are also in pursuit of The Joker?

And in the backup story, following the events of the smash hit Punchline #1, DC’s most controversial new villain navigates the infrastructure of Blackgate Penitentiary-while on the outside, Harper Row takes up the mantle of Bluebird to stop her brother from falling under Punchline’s influence. 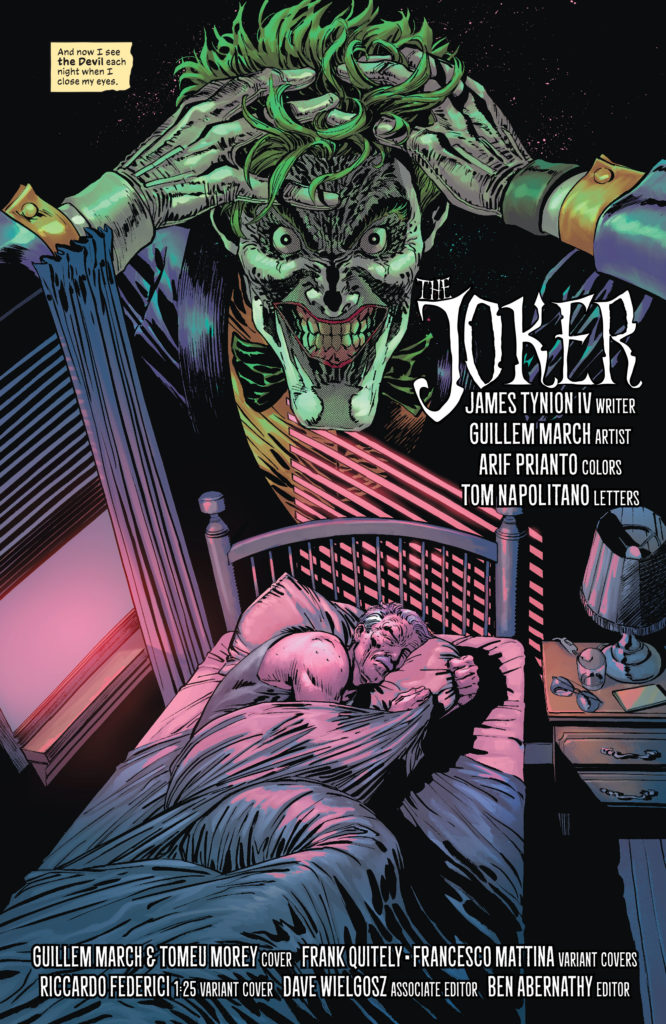 James Tynion IV cannot be contained in the Batman time line to just those comics adorned with Batman’s name on them.  We are richer in just knowing that he takes the reins of The Joker #1.

What better author to play in this sandbox as he leads us down two roads…James Gordon in his early years getting a warning from an old detective about confronting pure evil.  And a young girl, Punchline, who is shaping the landscape around Gotham City due to her affiliation with the Joker.

This comic deals with the ramifications of the Joker War as Gordon is targeted by an unknown organization to take out the Joker.  Who else of course?  What Joker has done to his family is unparalleled in that Gordon has lost a son as well as witnessed the paralyzing of his daughter.  One of those is enough to break a regular man’s strength, but to endure all that Joker has done to both his family and to his city, this mysterious organization has targeted Gordon to take out the Clown! 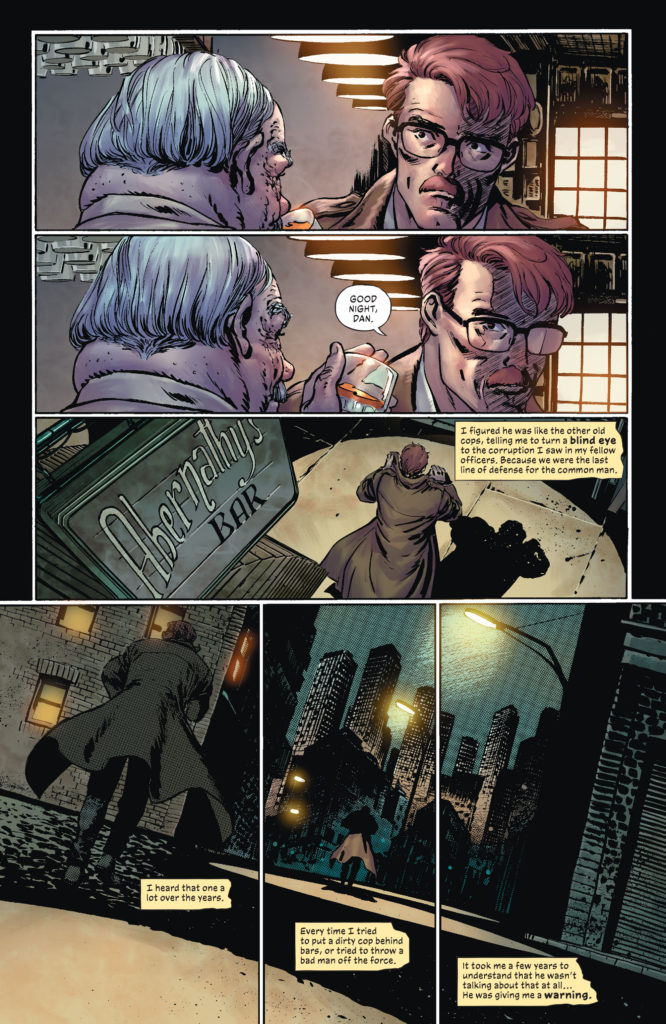 Guillem March!!!  If I could shout it any louder on the page I would.  When you look at the contributed frames in this article, let the sharp pens wash over you and check out those colors from Arif Prianto.  The Joker #1 has top notch artists at work on this inaugural issues that features some great mirrored homages to prior Joker specials such as The Killing Joke. 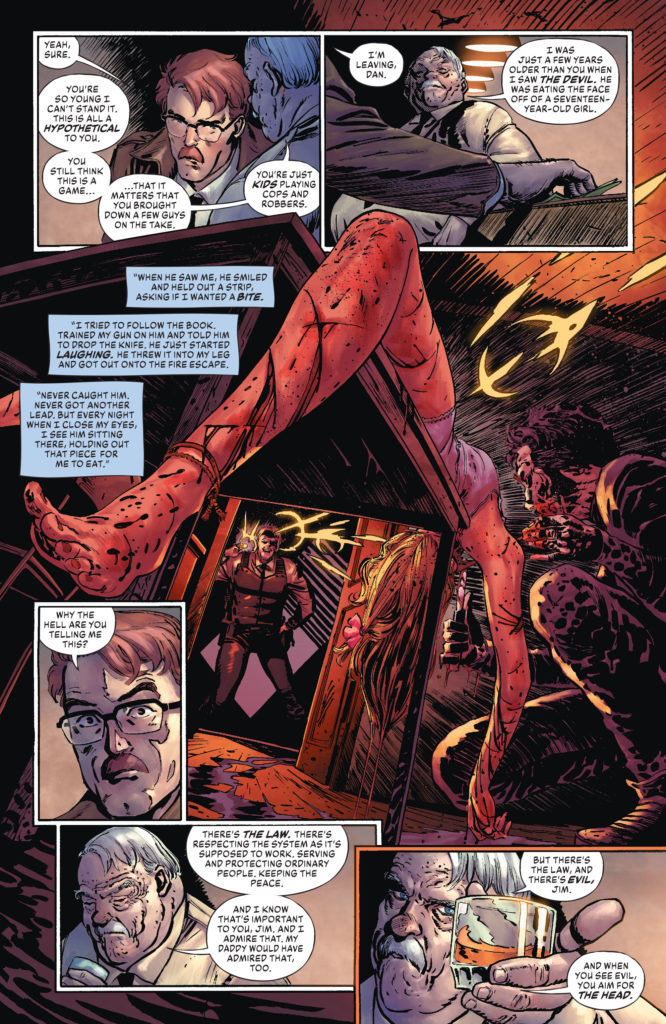 There’s Not a Better Authority on Joker Right Now

I immediately requested to cover this book as I have been reading a lot of James Tynion IV on his Batman run.  He has added more to the canon lately than anyone and who else could “reinvent” The Joker as well as bring back the James Gordon after being at the brink at the hands of both The Batman Who Laughs and The Joker through the years.

Add Bane to the picture, and this book could be one of those long shelf life products which we read again and again over the years! 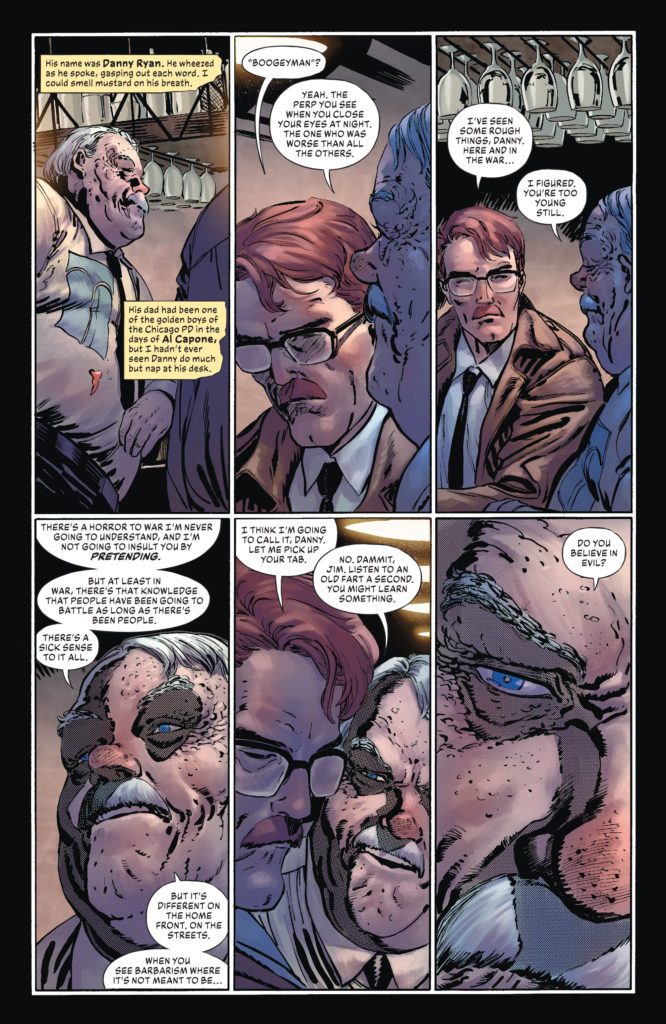 None…seeds are being planted for a “long ball” game with The Joker, Bane, Gordon, and Punchline.  This is a cocktail worthy of a long drink, but it is going to bite at the end of the read! 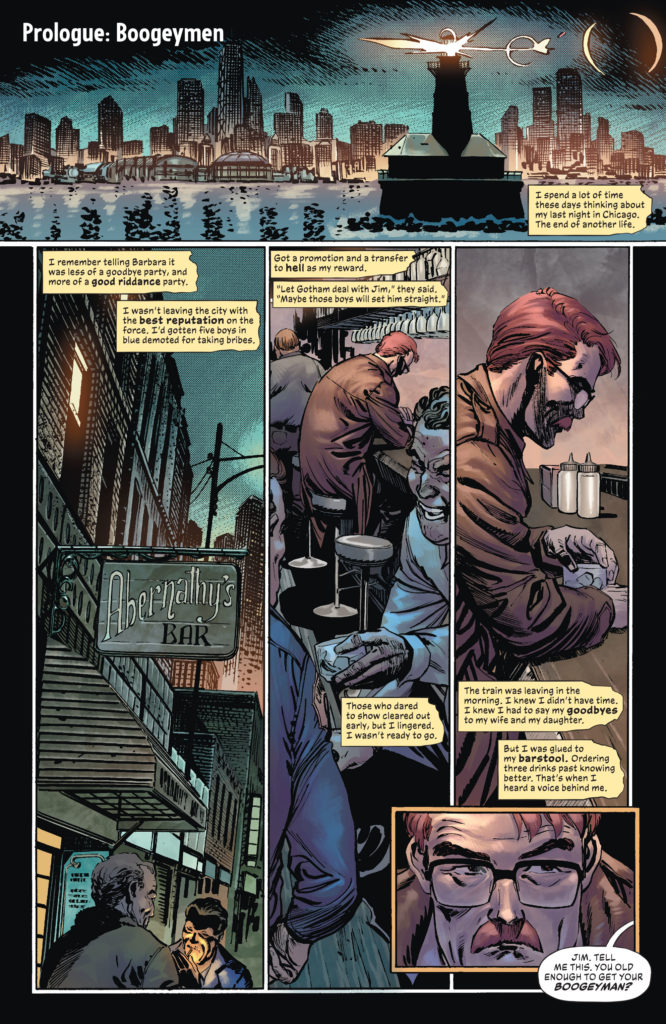 BUY THIS BOOK!  For those lucky enough to get on the ground floor of anything that James Tynion IV does, he’s one of the hottest authors the past few years.  I am not sure how his imaginative faucet gets turned on, or where he is creating Joker stories.  But I am drinking from his fire hydrant!

Really investigate the cover art….can Joker’s body really take all the punishment that happens to him?  Subsequently, I did not go into the Punchline details as reviews should not provide all the surprises.  I cannot wait for Issue #2.