Review: Are You Afraid Of Darkseid? #1

Review: ARE YOU AFRAID OF DARKSEID? #1 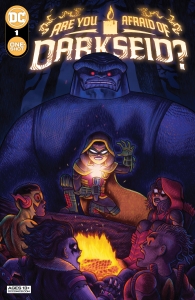 Are You Afraid of Darkseid? #1: Gather ’round the fire, fellow campers, because it’s time for that most terrifying of traditions—campfire stories so scary you’ll never sleep without a night-light again! The Teen Titans guide those brave enough through tales of Batman and the hidden killer, Superman and Lois Lane and the killer in their back seat, Harley Quinn and Darkseid versus a furious Bloody Mary, and four more stories so hair-raising you’ll call your momma to come pick you up. So toast your marshmallows, pull up a s’more, and answer the only question that matters this Halloween: Are you afraid of Darkseid?

Are You Afraid of Darkseid? is DC’s Hallowe’en special for 2021. The tales are presented as a succession of ghost stories told by the Teen Titans. The Titans each take turns trying to scare the others with a scary tale.

Due to this being an anthology title, the stories are of varying quality. There are a couple of real gems, but no clunkers. Even the least inspired are entertaining, and the collection overall is a fun read. I don’t recognize a lot of the names of the creators on this book, so I suspect that DC is also using this special to try out new talent, much like their New Talent Showcase titles.

The title itself is a nod to the kids’ TV series Are You Afraid of the Dark? – so it’s appropriate that the terror level is rather kid-friendly. Each story has some element of horror, but nothing here’s should give an adult any nightmares. That’s not to say that an adult won’t enjoy the stories however.

My favourite of the stories has to be the Phantom Stranger story. The Stranger has always been one of my favourite characters. This story is reminiscent of how the Stranger was once used as the being who would lead the dead to their final reward. But in this story, the Stranger removes specific threats from the world. 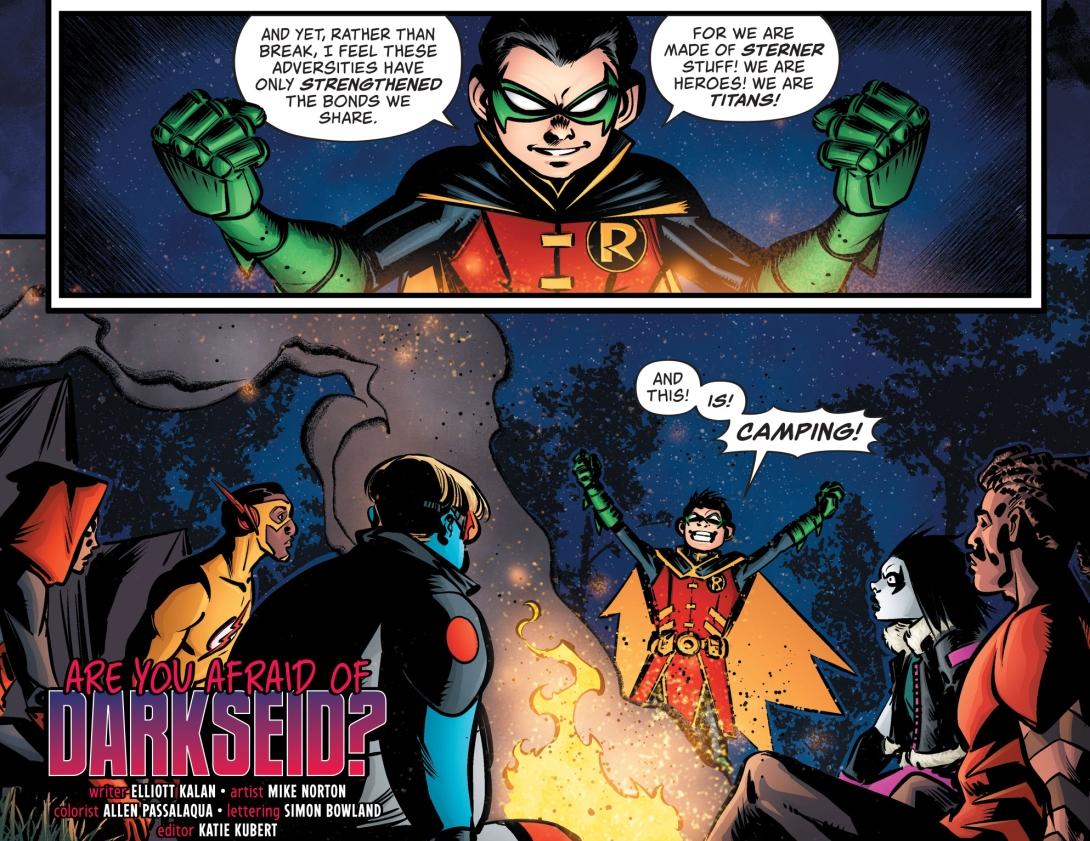 As the narration tells us, “For most of us we are lucky to find death. Death is the reward for a life lived. But there are a some who earn a different reward. An extended hand. Five words. And oblivion”. One notable soul removed is Joe Chill, who the Stranger removes after he kills Thomas and Martha Wayne, but before he can also kill their son.

But we do see the Stranger saving the last dodo before the species extinction, which seems to indicate that some of the souls he takes up the “Endless Staircase” are preserved rather than obliterated.

Are You Afraid of Darkseid? also includes a story with the titular character himself in a truly bizarre team-up. Darkseid and Harley Quinn join forces to put an end to the rampage of the vampiric being, Bloody Mary. Well, they don’t join forces so much as Darkseid allows Harley “the pleasure of serving my goals”. In either case, Harley aids the dark god in corralling his wayward servant in a wonderfully strange tale.

It appears DC has been sitting on these stories for a while, as some of them are slightly out of date. The roster of Teen Titans is one notable example. While this team is mostly intact as part of the Titans in Teen Titans academy, both Robin and Crush have departed the team. This isn’t major issue, however. It just means that the framing sequence story must have happened in the recent past.

And the stories the Titans would presumably be even further in the past – if they happened at all. For some of them, here’s no way the characters could know about the events they are describing – at least not in the detail they describe them. So, it makes sense that they might be exaggerating them or making them out of whole cloth. So, we don’t have worry about how they fit into DC continuity. 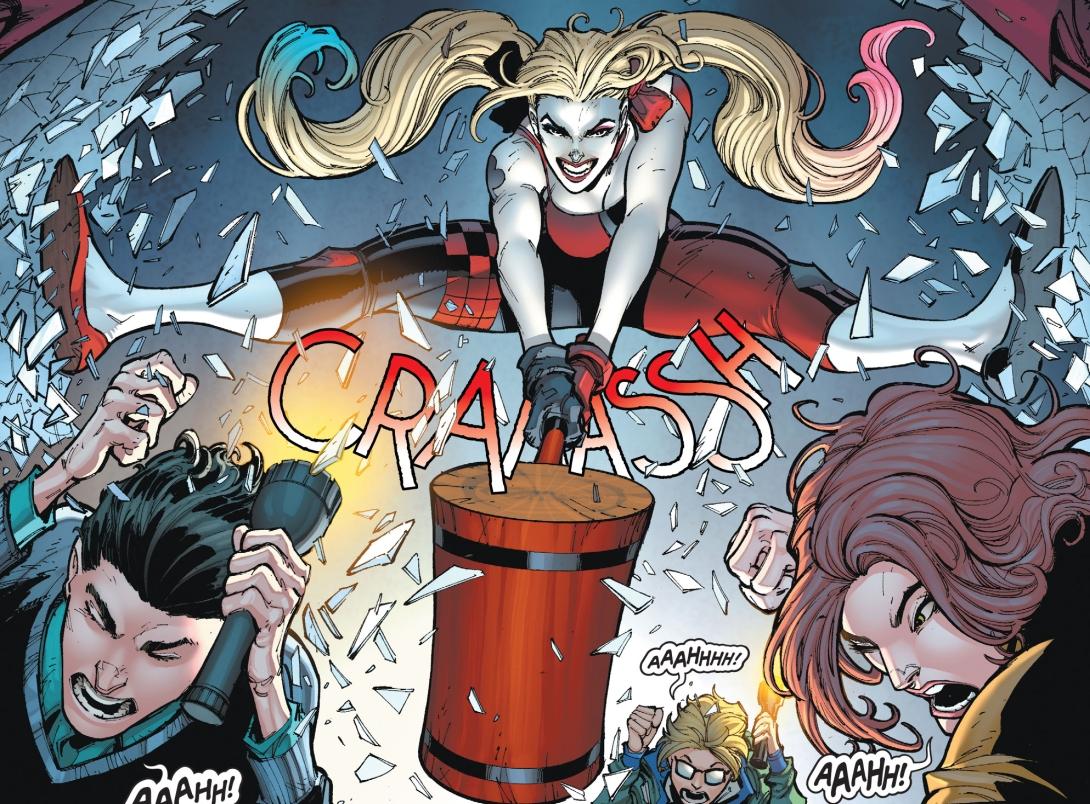 Are You Afraid Of Darkseid? is a fun Hallowe’en collection of stories that is well worth checking out. And it is not too scary to share with any kids in your household. And DC, isn’t it about time for a new Phantom Stranger ongoing series?