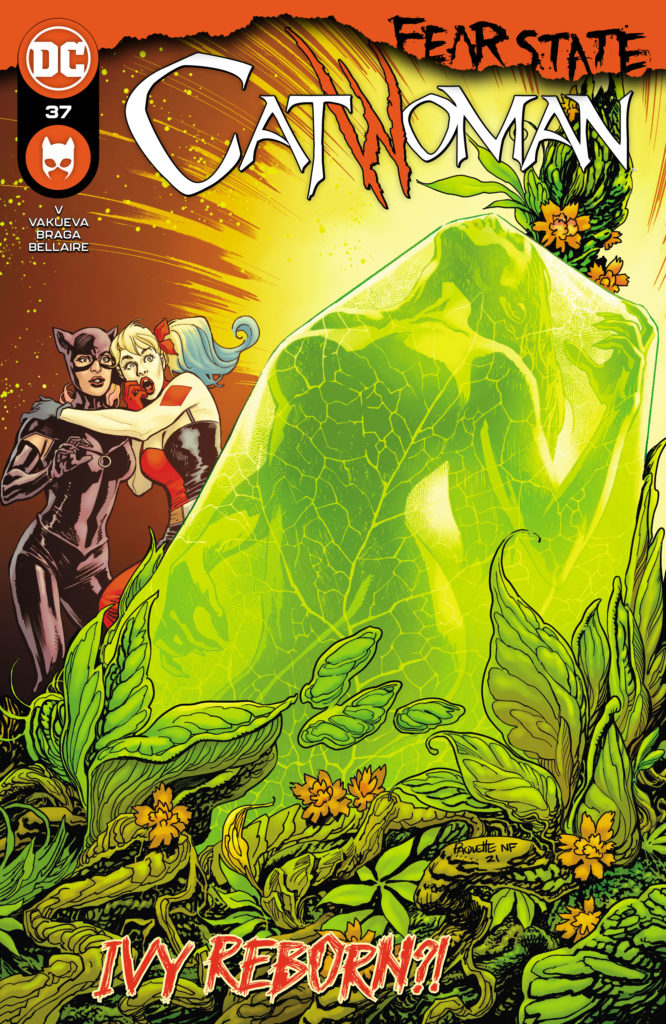 “I’m not afraid of that anymore” – Selina on loneliness.

Catwoman #37- Catwoman’s attempts to keep Alleytown, and those around her, safe from collateral damage have failed.
Simon Saint, the Wight Witch, Father Valley, and the Magistrate have all compromised her newly founded kingdom and brought her entire life to the brink.
But despite Selina’s dreams of queenhood crashing down around her, there is still hope in the form of the Alleytown Strays.
Could these children, trained by Selina, be her salvation? Or will they, too, pay for their involvement with Catwoman with their lives?
And with Queen Ivy and Ivy aware of each other now, will they destroy the city or become one again? 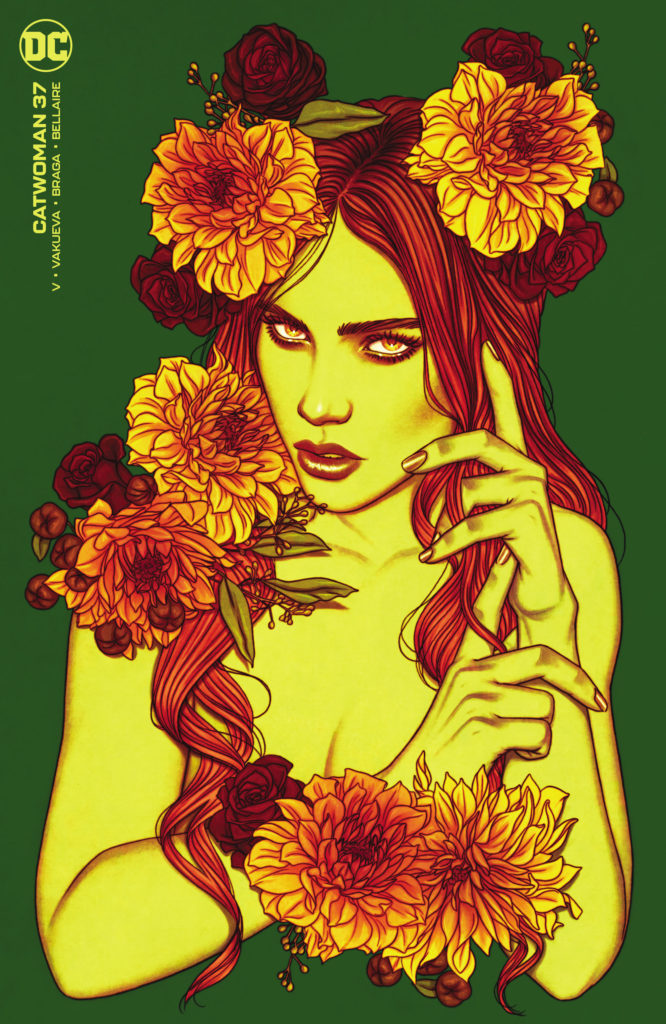 Nina Vakueva and Laura Braga provide a war torn Gotham City featuring Alleytown.  The wreckage courtesy of the Magistrate along with the transporting of Ivy from underneath the city focuses on what has made a Catwoman comic so good.  It’s like watching smoke and mirrors in what we think we know the story, but here comes Ram V pulling a big Oceans Eleven explanation within the pages.

The art team for this book is simply awesome and provides both intricate battle scenes as well as artsy closeups!Great stuff and great art! 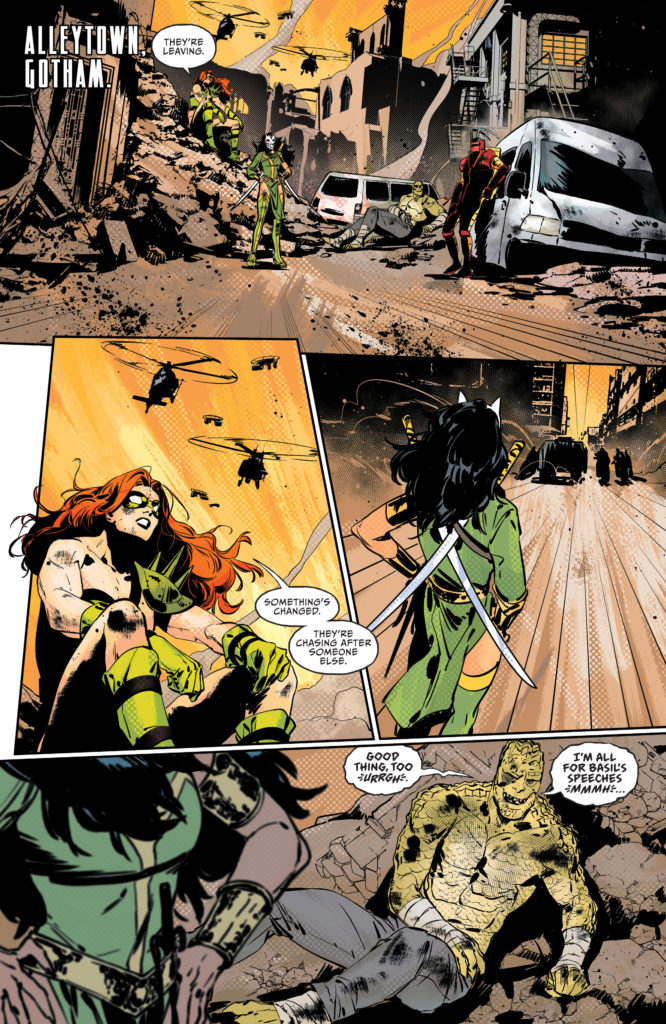 The Cat has a lot of friends and some major enemies.  Joelle Jones and now Ram V have matured this character so much and by having a Catwoman playground book, we get more detail to the Bat universe stories that we really crave!  This entire issue is about closure and turning the page as we should see a Cat and Bat reunion pretty soon.  Their year exodus away from each other seems to be drawing to a close.

Given where Ram V has her, I would expect the reins to Catwoman to be handed off.  However, there has not been anyone that has taken Catwoman to a greater level than Ram V. 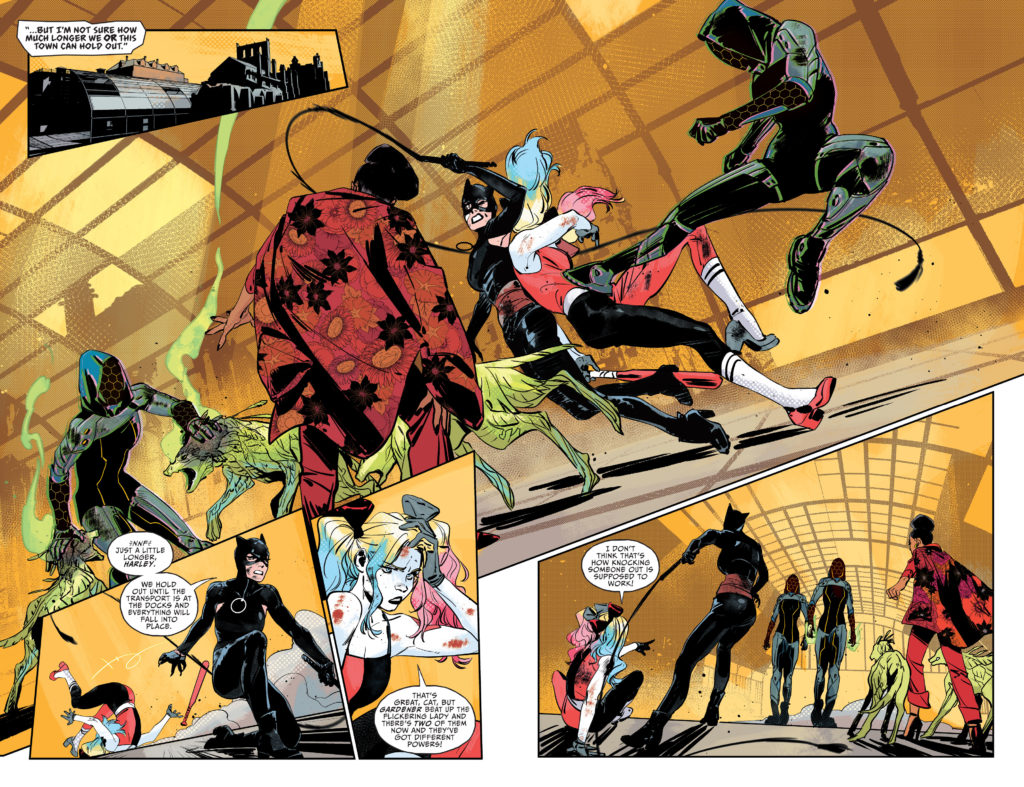 Nothing!  Again, the pace of this book is breakneck and while Joelle Jones accentuated the frames to tell more of the story than the actual script, Ram V finds the perfect balance to get your heart rate up!  Another great entry into Ram V’s dedication to the character of Selina Kyle! 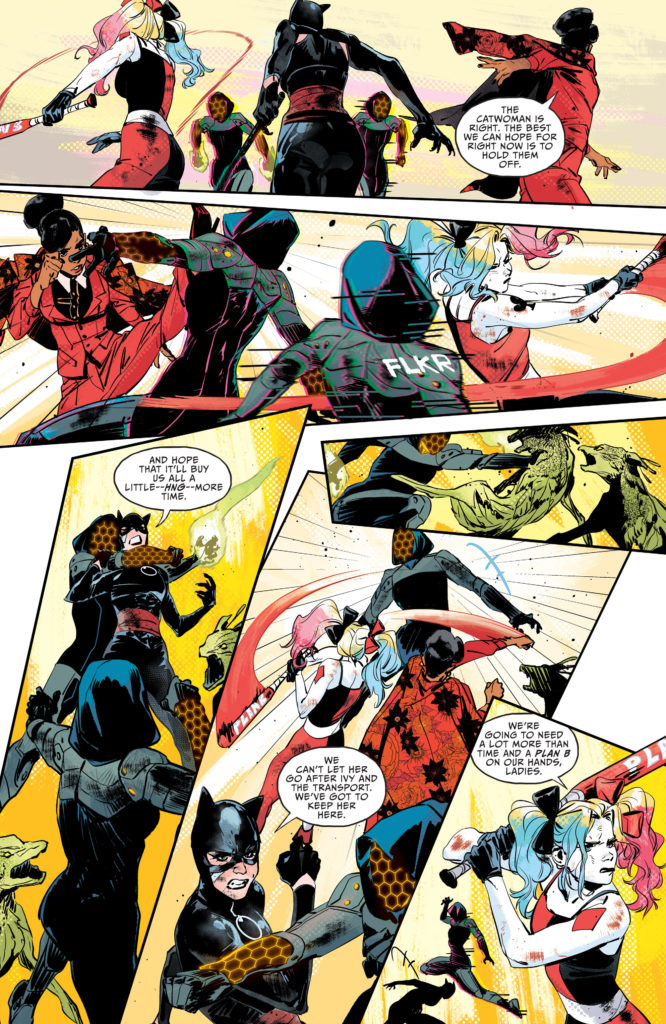 Ram V provides closure for this chapter of Catwoman in this issue.  Whatever the future holds, she is a changed person after a series of confronting new enemies, protecting her friends and bring some closure to her dealings with the Riddler and Penguin.  I am unsure of Ram V’s role in future Catwoman issues as he is writing so many storylines lately.  However, if he is moving on, you would be well served to pick up all the past issues he has had his fingers on!