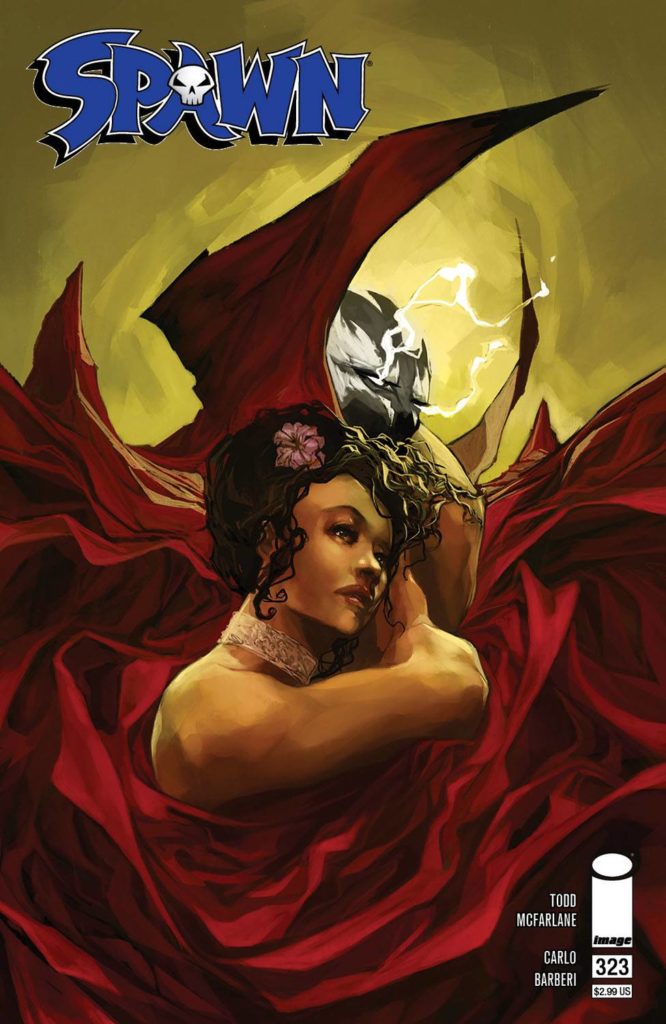 “Would Al have come to your rescue?  Would he have even noticed you were gone?” – Jim to Marc

Spawn #324 –  The action shifts to Medievel Spawn and Jim Downing as they contemplate their next move.  Will it be with Al Simmons and on his same team?  Or will Marc and Jim strike out on their own as their agenda may differ than that of Al?

It’s a cross roads for two Spawns as the seeds are planted for The Scorched! 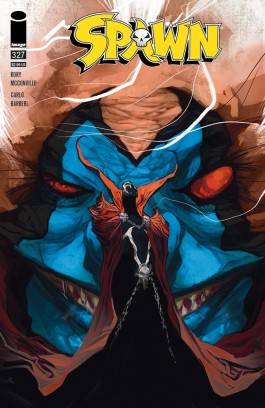 Carlo Barberi and Jay David Ramos’ pens are simply showing off!  What great art for every Spawn fan out there!  Sure…McFarlane and Capullo have the bar set high for anyone hitting the Spawn books.

But the art and colors explode off the page in this issue. Barberi has a unique style that is in the Spawn vein, so one is not detracted at all from the continuity that we have all grown to love in Spawn.  His Spawn interpretations are not as intricate nor bloody, but it works.

Hard to describe this art as it is clean and sharp, but in a very different way for a Spawn comic.  Ramos’ coloring commands your eyes’ attention.  Greens and reds have never been more brilliant! 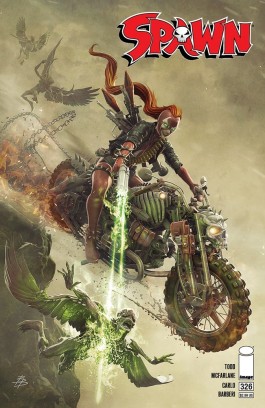 Todd McFarlane does a great job of handing the baton off to McConville in this storyline.  I like his letting others play with his toys as we get a bit more poignant dialogue between two major characters.  It is rare to have a artist/author that can really work.  I want McFarlane fresh with ideas for the long haul…especially with new Spawn universe books released almost every week!

That being said, McConville has some richer dialogue in his conversations between characters. 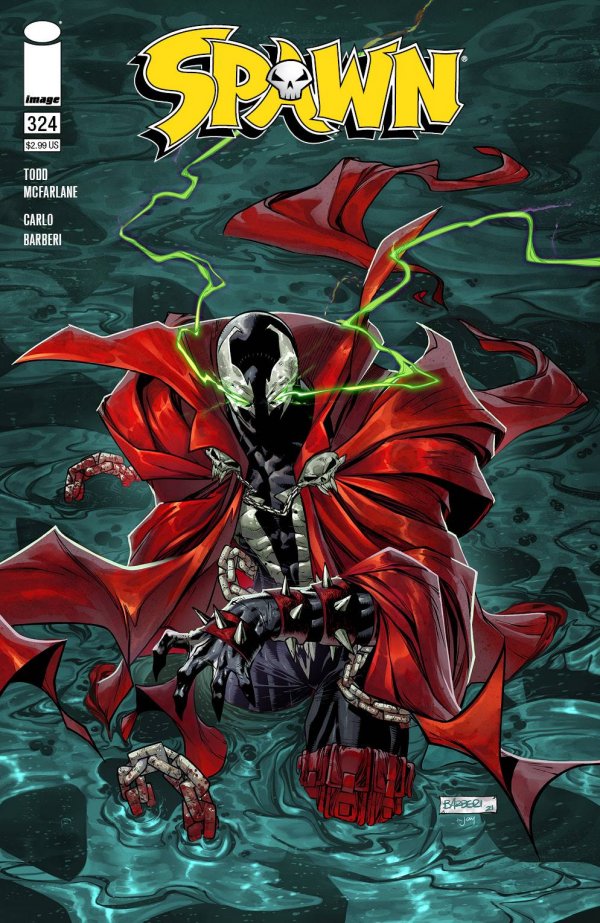 Each issue of Spawn sets a new World Record for independent comics.  That’s history every time you buy an issue! Speaking of Record-Breaking…there will be a new #1 team book, which will band five characters together to fight against forces too big for any of them to take on alone. That book is titled The Scorched. Spawn, Redeemer, Gunslinger, Medieval Spawn and She-Spawn begin the group’s adventures, but McFarlane promises a rotating cast of heroes over the coming months to keep the roster of heroes fresh.

This is not your usual “blood runs in the streets” Spawn comic.  In fact, the illustrations are pretty crisp and clean and pop with color.  You’re not picking up your usual Spawn issue here.  It’s different art with seeds of a different story line that will catapult the Spawn lineage into something new…and that is not a negative!

Spawn #324 – Make sure you get this issue as this the first real establishment of the seeds of The Scorched comic aforementioned.  Conversations between Marc/Medievel Spawn and James Downing really resonate.  The symbiotic relationship between Marc and Medievel Spawn’s helmet is akin to some Dr. Fate work, but his waking up to carnage around him is so Bruce Banner/Hulk.  McFarlane and company score with this issue!

J.K. Simmons Set To Film As Gordon For “Batgirl!”