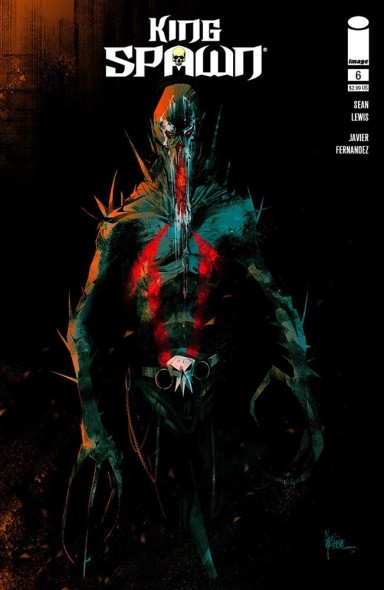 “When Jim Downing killed me, that is when the demons came…when they made me their dog.  And that whole time I told myself…you would pay for my pain! – Jason Wynn to Spawn

King Spawn #6 – Jason Wynn is back!  Straight in the crosshairs is Al Simmons.   Kincaid and Wynn…two of the most controversial figures in Al’s life.

What will Al do when confronted with the question “If Kincaid and Wynn can come back from death, what about Wanda?” 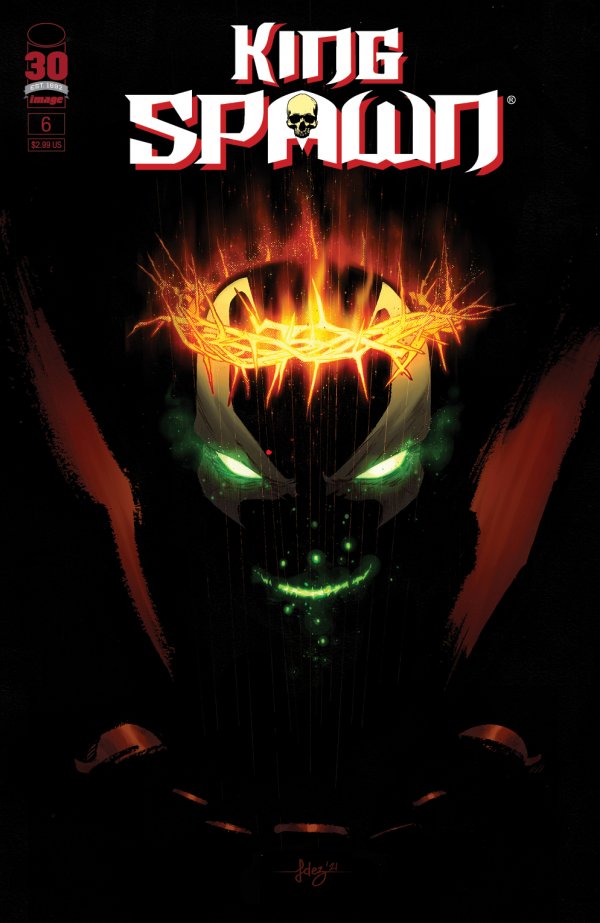 King Spawn is providing Sean Lewis quite the playground for his scripts.  Sometimes the best part of a comic is an interview with the author and we get just that in this series.  The back pages are gold where we see Lewis is returning all the hot triggers to Al’s life, but the most resonating question posed since the beginning of Spawn #1….What About Wanda?

This is the entire reason that Al became Spawn…a deal with the Devil/Malebolgia to see Wanda again.  But Spawn is arguably the King now.  He controls the gates of Heaven and Hell and has trapped all those spirits, those creatures of Hell and those angels of Heaven to be on Earth.  Not to mention all the other HellSpawn running around in Scorched #1  who have been released when Spawn cracked it all open!

Lewis writes one heckuva Jason Wynn…”unlock the dead zones Al and all the pain ends.”  Lewis relishes the role of making us devout Spawn readers really uncomfortable.  It is the return of the one who had Al killed, and he has the power of Hell behind him now! 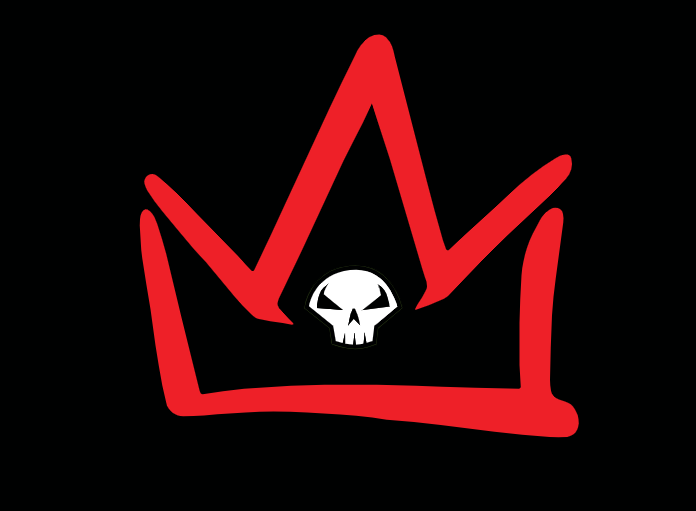 King Spawn has replaced Spawn as the bloodiest comic around.  The battles are not gratuitous in nature…it returns readers of Spawn back to what Hell represents.  Spawn is a cleaner comic now, and is brighter as the characters surrounding Spawn are a bit brighter…well, maybe not Gunslinger.

But King Spawn…this comic has started with the most vile creatures ever in the Spawn Universe.  Javi Fernandez’s pencils are intense.  Colors pop, shadows are darker, and a dislocated jaw frame makes you sore for hours after reading this book.   You want an “eye for an eye”….do you really?  Whew!  You literally feel the pain from the pencils!  That’s great art!

2021 is the year of Spawn.  Spawn’s Universe #1 kicked things off.   King Spawn #6 continues to deliver! This will give McFarlane hope of reaching a new generation of readers that missed out on the initial launch of the Spawn back in 1992.  All titles are pistons firing now with Spawn, The Scorched, Gunslinger Spawn, and King Spawn!  The playground has expanded and we are richer for it!

Issue #6 fills in a lot about two major villains from Al’s past that elicit a fit of rage in him.  Kincaid is one of the absolute worst villains ever created, and Jason Wynn is right there behind him.  Given that and the last frame of the comic…Sean Lewis is taking villainy to new heights in King Spawn.  Rush out now, and get this new book on your shelf!  Issues #1 – 5 have to be at a comic store somewhere for you to catch up.  Don’t let Issue #6 escape your pull list!