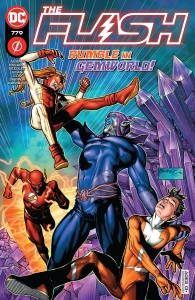 The Flash #779: Unexpected heroes arrive to help the Flash in his final confrontation with Eclipso. Can Wally West move fast enough to save the universe? Find out in part three of “The Eclipso War!”

In The Flash #779, Jeremy Adams brings the two main threads of his “Eclipso War” storyline. The main thread left Wally about to be killed by a possessed Amethyst, Princess of Gemworld. While the other thread showed Jai using his restored powers to rescue Irey and her friend Maxine. Unfortunately, Jai’s powers are killing him.

But they also give him the ability to sense that his father is in trouble. The twins then combine their power to bring all three kids to Wally’s rescue in Gemworld. With their powers, the kids defeat the possessed heroes and rescue the Flash. Considering that they fairly easily overcame the Justice League Dark backed by the power of Eclipso, this goes to show just how powerful they are.

That includes Irey’s pal, Maxine. This issue confirms that Maxine Baker is indeed the daughter of Animal Man. We see the self-styled Animal Girl single-handedly take down Dark Opal using the animal powers that she shares with her father.  I hope that Maxine continues to have a presence in the title. And hopefully, her father might show up for a team-up with Wally. In fact, I’d love to see a new Animal Man series by Adams. Make it happen, DC!

Wally, the kids, and Dark Opal then work together to imprison Eclipso in the Glaive once again. Once this is accomplished, we get another guest appearance from the Spectre himself, who shows up to take the Glaive for safekeeping.

However, this raises a question, as the Spectre was apparently killed along with the rest of the Quintessence in Infinite Frontier #0. Was the Spectre’s inclusion here a continuity error? Maybe he survived his apparent destruction at the hands of Darkseid, or was brought back somehow. Does this mean the other members of the Quintessence are also alive? I hope they are, especially the Phantom Stranger, a personal favourite character of mine.

During Wally’s conversation with the Spectre, he gets a rare affirmation when the Angel of God’s Wrath, tells him, “He is pleased with you, Wallace”. “He”, of course, refers to the Presence, a.k.a. God Almighty. The Spectre also reveals that the Wally can save Jai by giving him the Surge that he received from the Speed Force.

I was rather amused by Wally’s comment after learning that everything that had happened was planned out by God. As the Spectre departs, Wally mutters, “Just like Batman…I knew it…”, likening Batman’s aptitude for planning to the Almighty’s.

So, the story concludes with Eclipso defeated, Gemworld saved, and Jai cured. But Adams still has one more surprise left in an epilogue featuring Linda. Upon discovering that the kids are missing, she rushes outside their home, and finds herself streaking at super-speed into the street. Linda’s surprised response to this development is to utter what will surely become a classic catchphrase: “Oh…Snarglebargle!”

Does this mean that Linda also has Speed Force powers? We have seen in the past that Wally can lend super-speed to others. And he did so in The Flash vol. 2 #101 (May 1995). Could Linda still somehow retain a trace of that Speed Force power? Perhaps exposure to Wally and the kids has somehow linked her to the Speed Force as well. It will be interesting to see how this plays out in the months ahead.

Pasarin, Ryan, and Peeples have done a fantastic job of illustrating this issue. One thing I appreciate is that the kids look the appropriate age. Often, comic artists can sometimes have difficulty getting this right. But the three kids look like the 8-year-olds they are, not teens or toddlers. I was also pleased by the impressive rendition of the Spectre, which aptly conveyed the majesty of this supremely powerful being.

Trying to find any negatives in Jeremy Adams’ issues of The Flash has proven to be a fruitless endeavour. The only possible one is the inclusion of the Spectre, given the events of Infinite Frontier #0. However, I suspect his inclusion was deliberate and that Adams is hinting that the Spectre’s story is far from over. This likely relates to DC’s imminent Dark Crisis event. 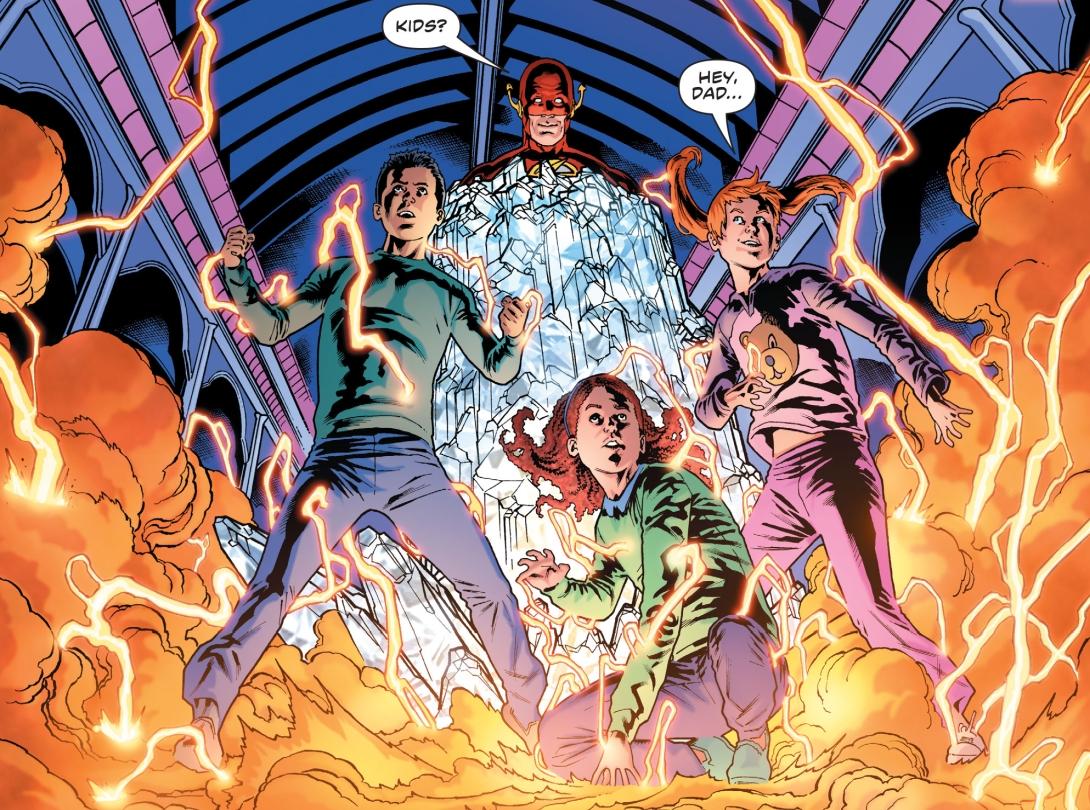 Once again, Jeremy Adams has knocked it out of the park with The Flash #779. Under Adams, The Flash has been outshining the rest of DC’s lineup. And that’s no easy feat considering how considering the excellent titles that DC is currently producing.

Book Review: The Nice House On The Lake Vol. One – Collected Edition