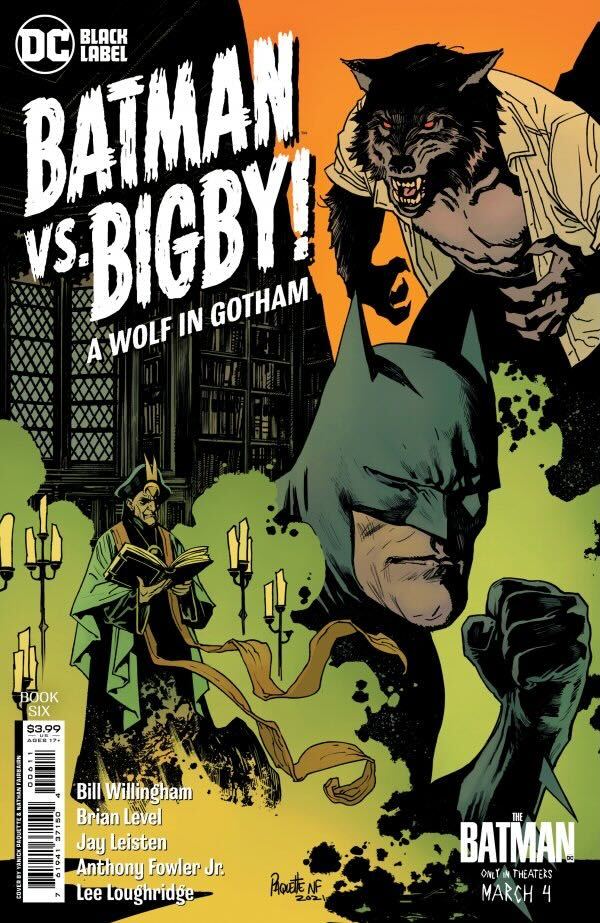 Bookworm revealed as Batman, Bigby and Cinderella must stop Frau Totenkinder before anyone else dies!

The first thing that stands out about Batman vs Bigby #6 is the interesting layouts.  the first few pages feature Batman and Bigby on a roof and there details in the outer panels that show other aspects of the action that’s transpiring.  It’s well executed and it provides an engaging approach to the storytelling.  A few pages later in the issue there is a page that utilizes a number of smaller panels.  There are more pages with exciting panel shapes and page layouts that vary the storytelling.  It’s an excellent example of how an artist utilizes these elements creatively. 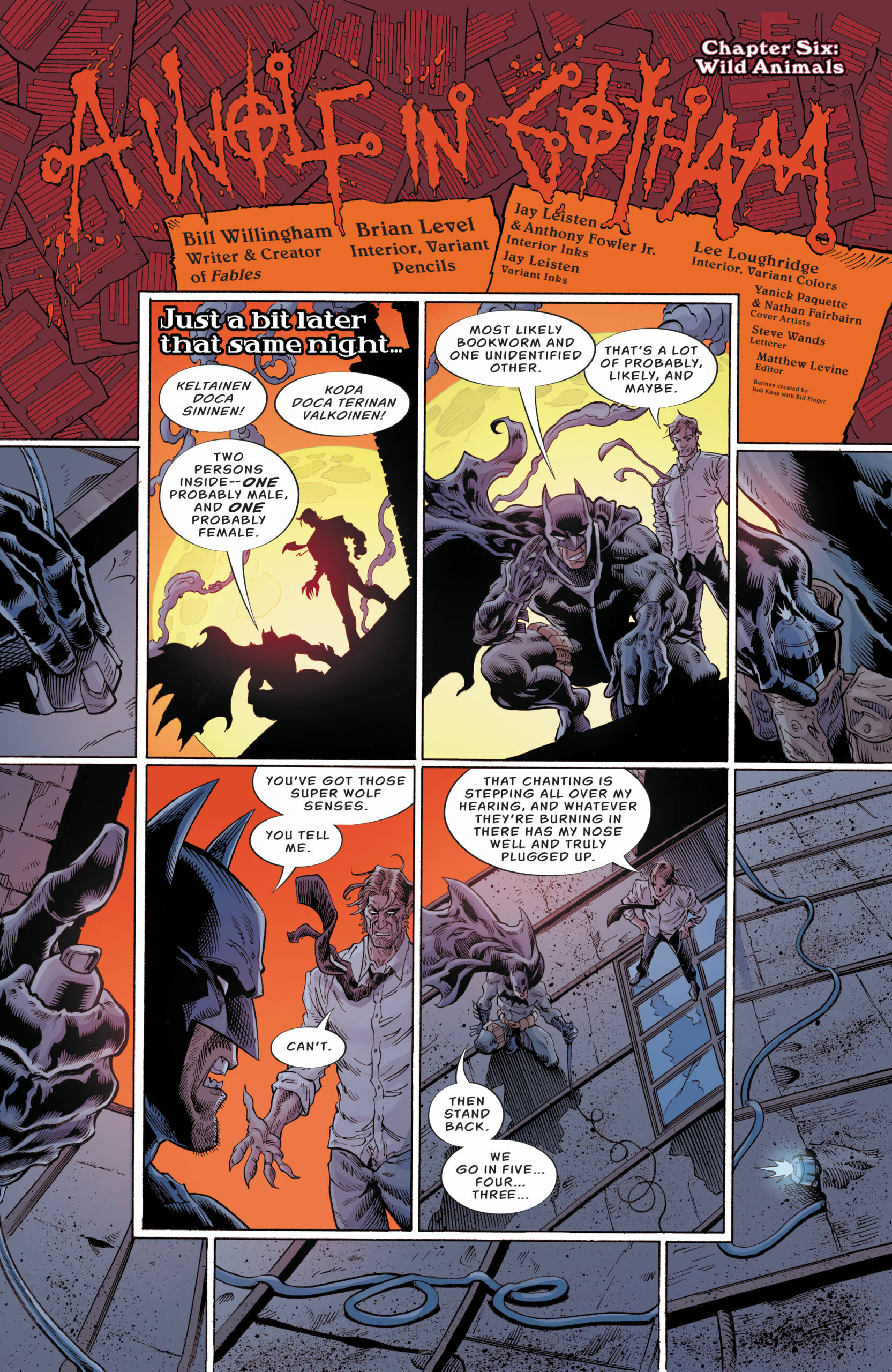 Last issue, we got the surprise that Bookworm wasn’t really Bookworm- it’s no surprise  then to find out that Mrs. Stacks, his assistant isn’t really who she appears to be either.  The reveal that Mrs. Stacks is really (REDACTED) is brilliant that fits wonderfully in the parameters of the concept of Fables and warms the heart of the English Major.  It’s also perfectly in keeping with the Fables concept that after all of Bigby and Batman’s hard work that Cinderella (Cindy) delivers the coup de grace to the possessed Bookworm. 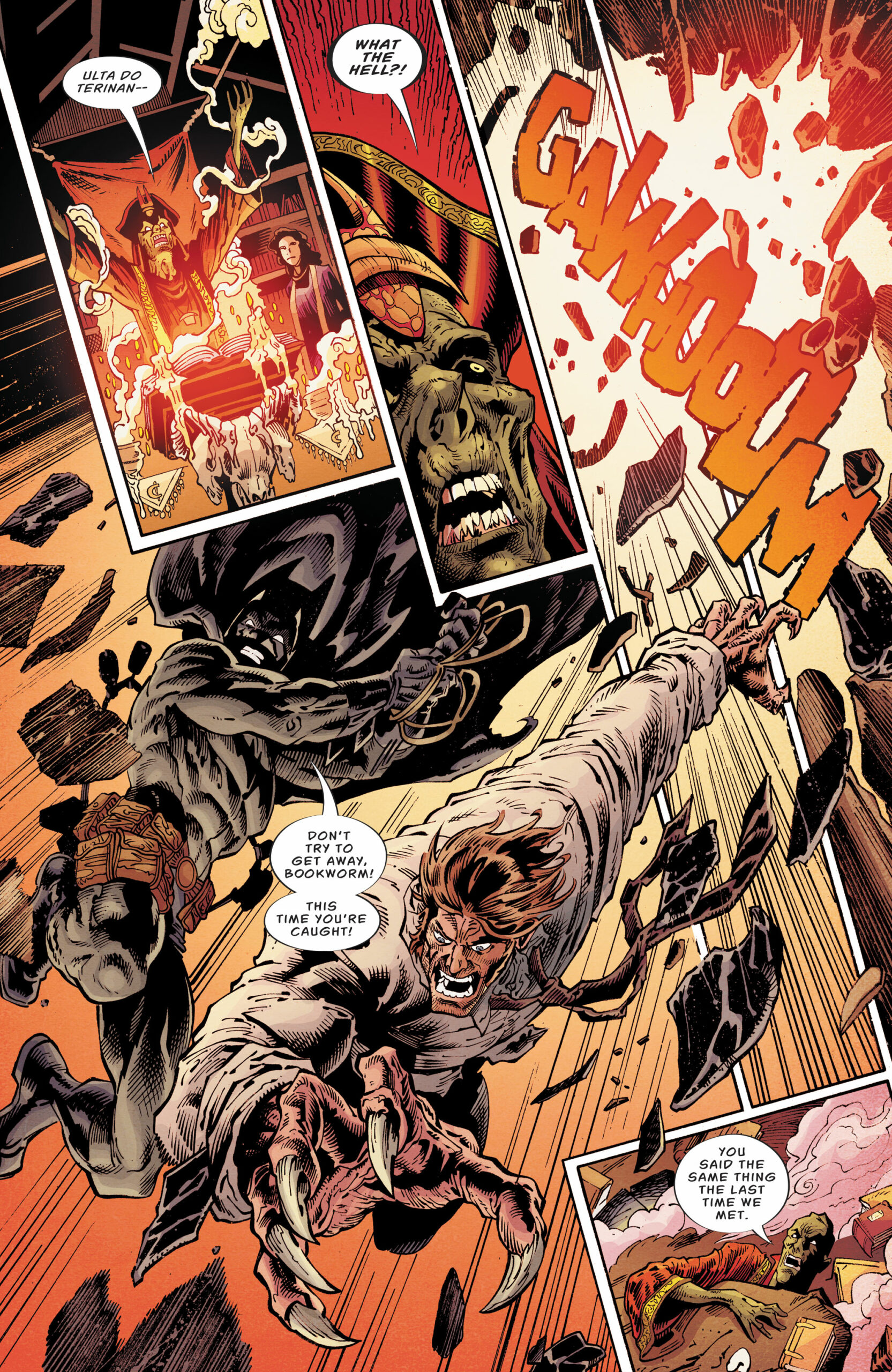 It’s difficult to put my finger on it, but it feels like the denouement is missing some some detail that would make this series end a little more Fables-y.  It’s hard to say what it is despite the fact that there’s plenty of elements that are earmarks of Fables.  It’s something subtle that’ is related to the fact that despite the fun of this series that it’s hard to merge Batman into the world of Fables without some growing pains.  I wonder if this series would’ve benefited from a second Batman, the Batman of the regular DCU that would’ve tied everything up giving the reader the familiar version to contrast with the Fables version. 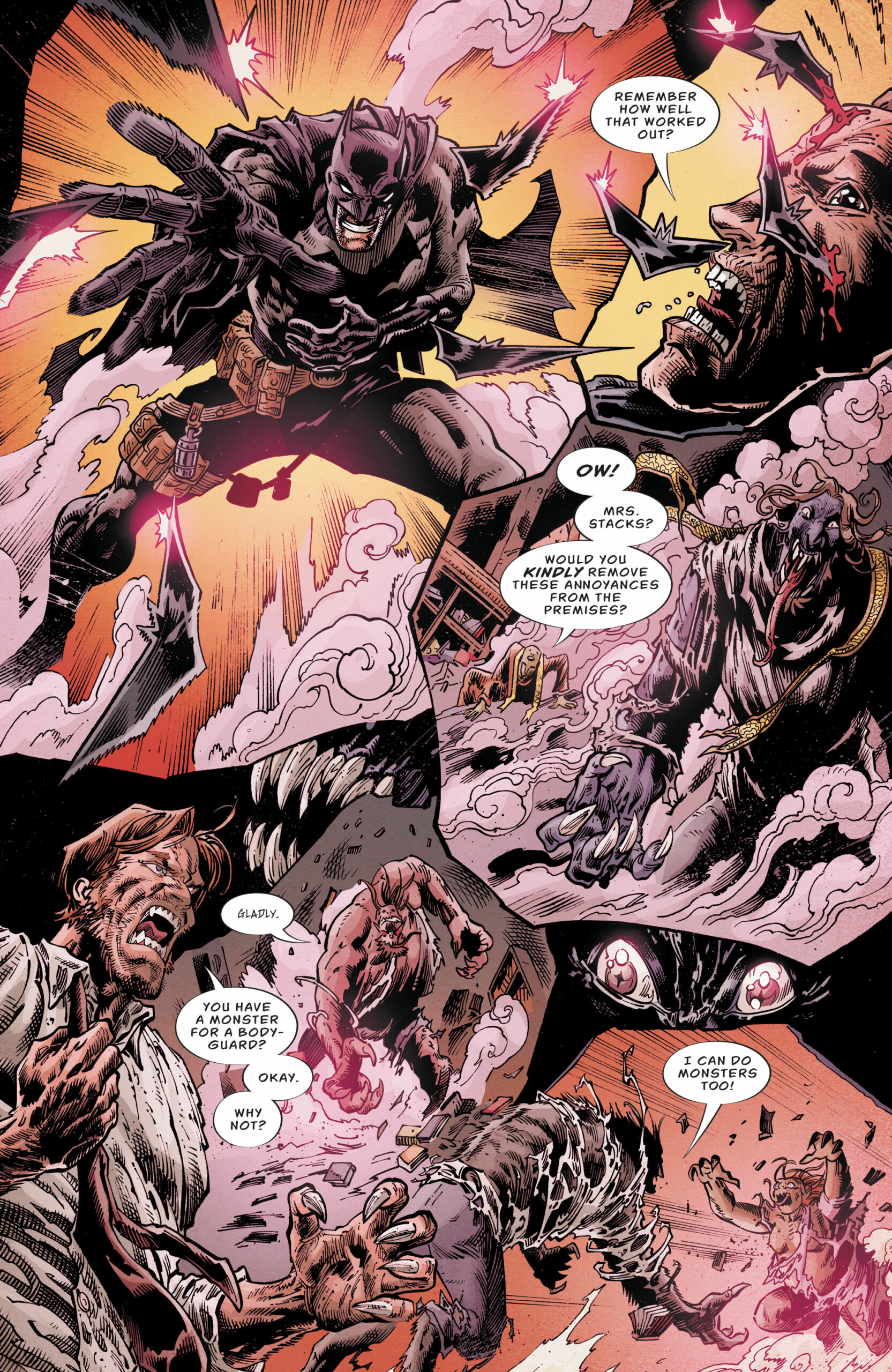 Batman vs Bigby #6 finishes up this Fables mini-series in fine fashion with some very interesting storytelling from the art team and details that remind the reader why Fables is such a good series.  This certainly whets the appetite for the return of  Fables coming in May!  This has been a fun series and shows that there is potential for more crossovers with traditional DC Universe concepts.